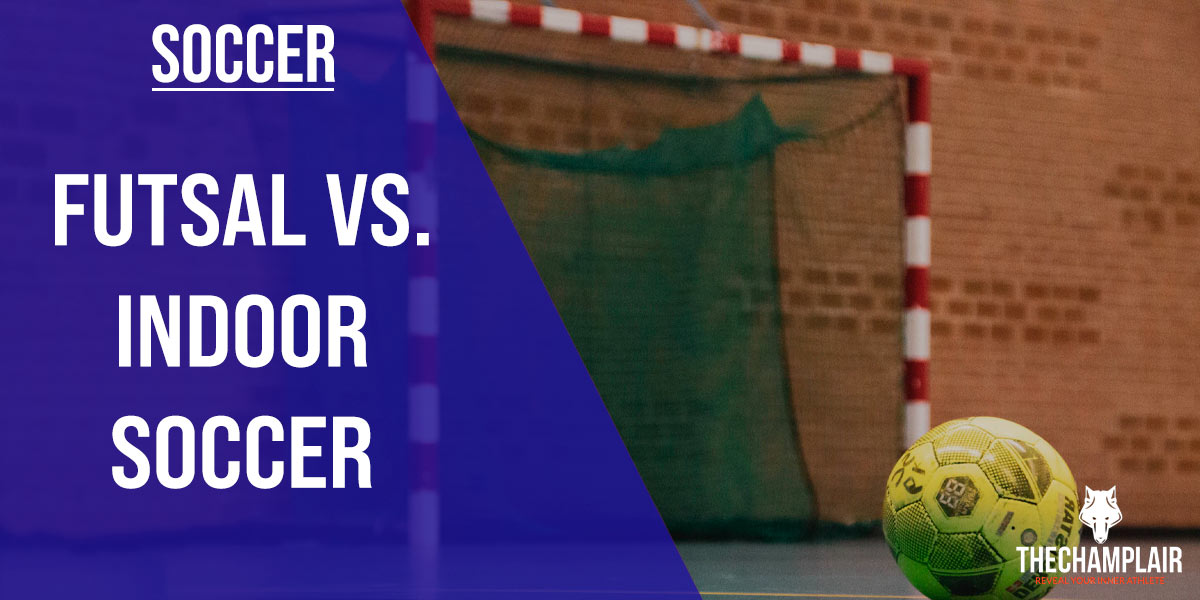 What Are The Differences Between Futsal And Indoor Soccer

The differences between the two are myriad and may at first seem overwhelming. In this article, I have put my years of experience into explaining the differences in a digestible manner. So even if you have zero clues about what Futsal or Indoor Soccer is, do not worry.

By the time you’re finished reading, you’ll have developed a clear understanding of how these variations of soccer are played. Who knows, maybe you’ll also start playing yourself? I certainly hope so!

Overview of Differences Between Indoor Soccer and Futsal

Indoor soccer and Futsal are competitive versions of soccer played indoors. Still, they each have their own rules and are played in different arenas. While the basics of the game are the same in both cases, many of the rules, terms, and strategies are different.

Futsal is played on hard courts without walls with a low bounce ball. Whereas, Indoor Soccer is played on a grass field with walls. And the ball used is a standard soccer ball with a higher bounce.

In general, futsal is a quicker-paced game than indoor soccer, and it is more similar to street soccer than its indoor counterpart.

Let’s understand both the games in-depth, one by one.

The game of Futsal differs from traditional soccer in several ways, the most prominent of which is that it is played indoors on a hard court.

The ball is smaller than a standard soccer ball, and the pitch—the area of the court used for play—is smaller. The smaller ball and smaller pitch translate into a faster, more fluid game.

Many of the Futsal rules may seem similar to outdoor or indoor soccer. Still, some essential differences make Futsal a unique game of its own.

For starters, each team in Futsal has four outfield players and one goalie. That small field makes sense now, right?

The next difference is time. Futsal is a game of 2 halves of 20 mins each. Meaning, you have a game of 40 mins in total.

Interestingly, every time a stoppage occurs in Futsal, the clock is stopped. It resumes ticking when the play begins again. This way, any incentive for time-wasting by players is eliminated.

Then there is the provision of time-outs in Futsal. Each team is entitled one-minute time-out in both periods of play. 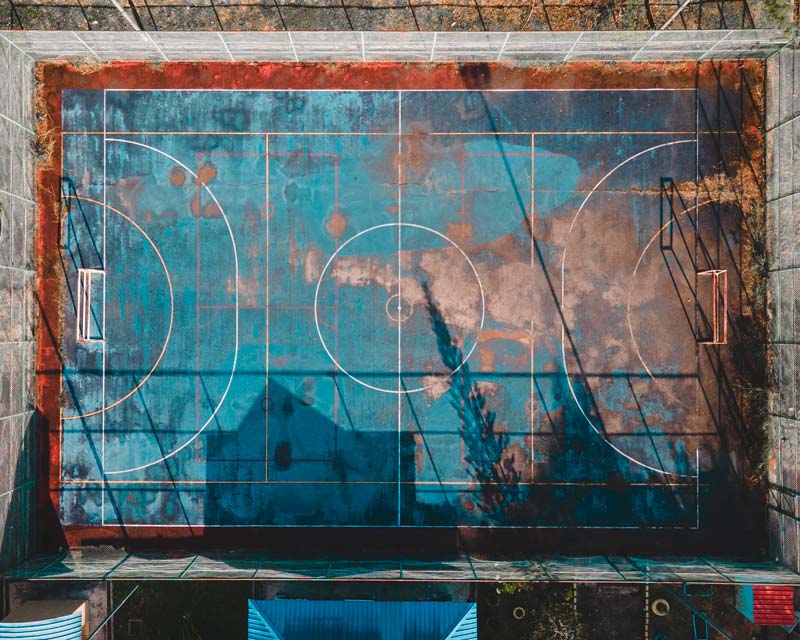 What happens if a team does not use their time-out in the first half? Well, they’ve forfeited it by not using it. They’ll still be entitled to only one time-out in the second half of play. And what is noteworthy is that no time-outs are allowed in extra time.

Other rules that you should be aware of include –

There are several more rules. But the goal of this article is not to teach you Futsal; there will be a separate article for that. And as is, rules get boring. Let’s move to something much more fun, the gameplay!

Control and speed are the highlights of any Futsal game. It is what makes the game supremely enjoyable.

It is not as physically demanding as soccer or basketball. Still, it is just as demanding in terms of mental acuity and teamwork. If you are already familiar with soccer, you will recognize many of the same positions, skills, and tactics, but futsal also has some unique qualities which make it unique.

What is Indoor Soccer?

Indoor soccer is a sport played on an indoor field. It has many similarities to outdoor soccer but is played faster as the ball is a lot more bouncy, and the field is a lot smaller. The sport is also called Arena Soccer but is different from Futsal. 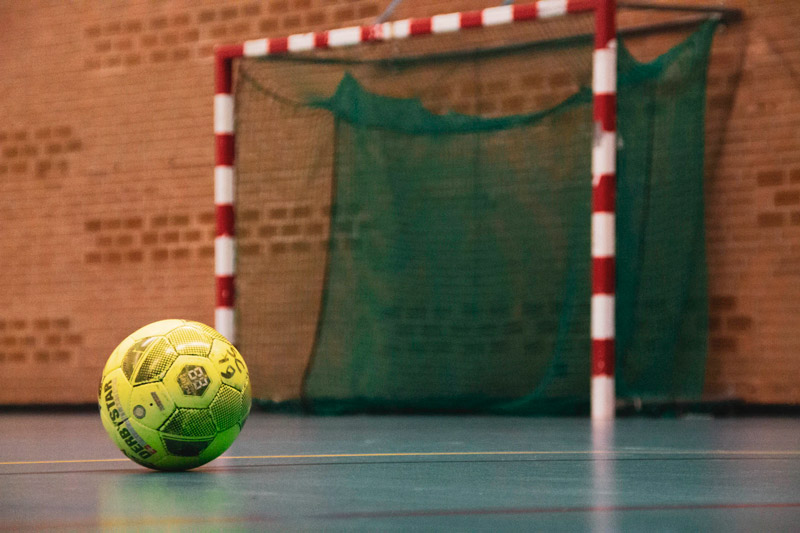 Indoor soccer is a game of fast and furious action, much like Futsal. The ball is passed from player to player as they race down the field and take shots on goal.

The ball used in Indoor Soccer is also bouncier and bigger than the one used in Futsal.

Rules for indoor soccer are similar to that of outdoor soccer. Still, the games are played at a much faster pace with fewer idle minutes in between the action.

Each team field a total of 6 players in a game of Indoor Soccer. Unlimited substitutions are allowed, and they can be made during stoppages, but rules differ from league to league.

A professional indoor soccer game is played over 60 minutes and is divided into four quarters of 15 mins each. There are two 3-minute breaks between the first and second, third and fourth quarters. Additionally, there is one 15-minute half-time between the second and third quarters.

Like Futsal, there is no offside rule in Indoor Soccer.

There’s a notable ‘Three Line Indoor Soccer Rule’ which disallows players from kicking the ball from one end of the field such that it crosses three lines without touching the ground. This discourages long shots from far away from goal. 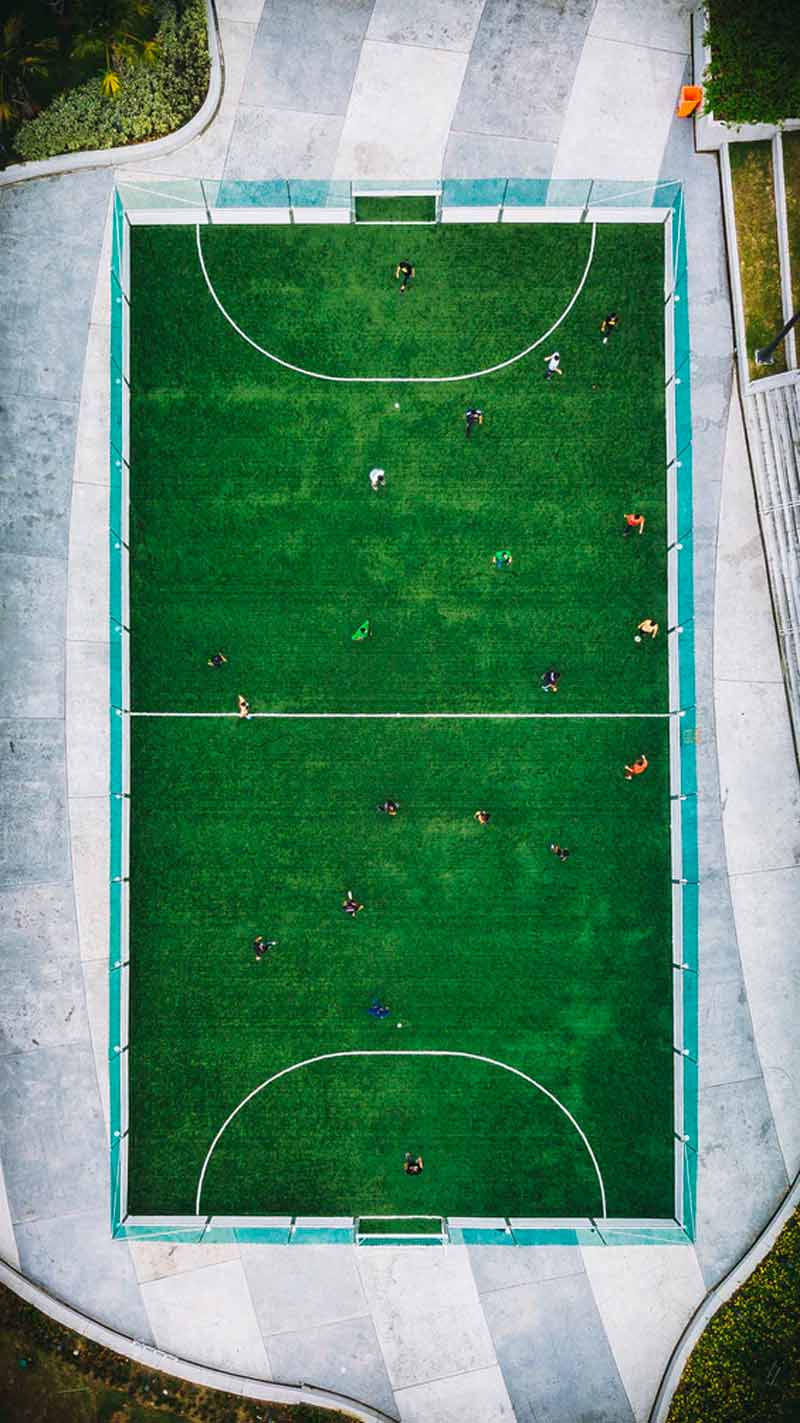 In Indoor Soccer, the field is commonly 200 feet by 85 feet. It is about the size of a Hockey rink in the USA. The field is much smaller than outdoor soccer. Naturally, the goal and the penalty area are shrunk down as well.

Other Useful Soccer Articles
Scoring A Goal In Soccer: Everything You Need To Know
How To Play Striker In Soccer?
What Skills Do You Need To Play Soccer?

The similarities between the two sports must be evident to you at this point. Both are fast, action-packed games that are highly entertaining.

Both sports utilize a much smaller court or field than outdoor soccer. However, they keep their unique court dimensions. The differences majorly lie in the size of the court, the ball used, the utilization of walls, and a few rules.

Time, team size, and tactics also differ slightly in Futsal and Indoor Soccer. I enjoy both, but I have a slight leaning towards Indoor Soccer.  Why? This may be an unpopular idea, but I like the inclusion of walls in Indoor Soccer. It allows you to be slightly more clever with your passes and adds more thrill to the game.

Invented in South America in the 1930s, Futsal is now played worldwide and is a sport played in the Olympics. Futsal is one of the world’s most popular indoor sports. It is both recreational and competitive.

Indoor soccer is also played at the high school and collegiate levels in the US. It is played professionally in the MISL and PASL leagues, among many others.

In the USA, Futsal is far more popular with many competitions, associations, teams, etc. You are more likely to find a Futsal academy near you than an Indoor Soccer Academy. 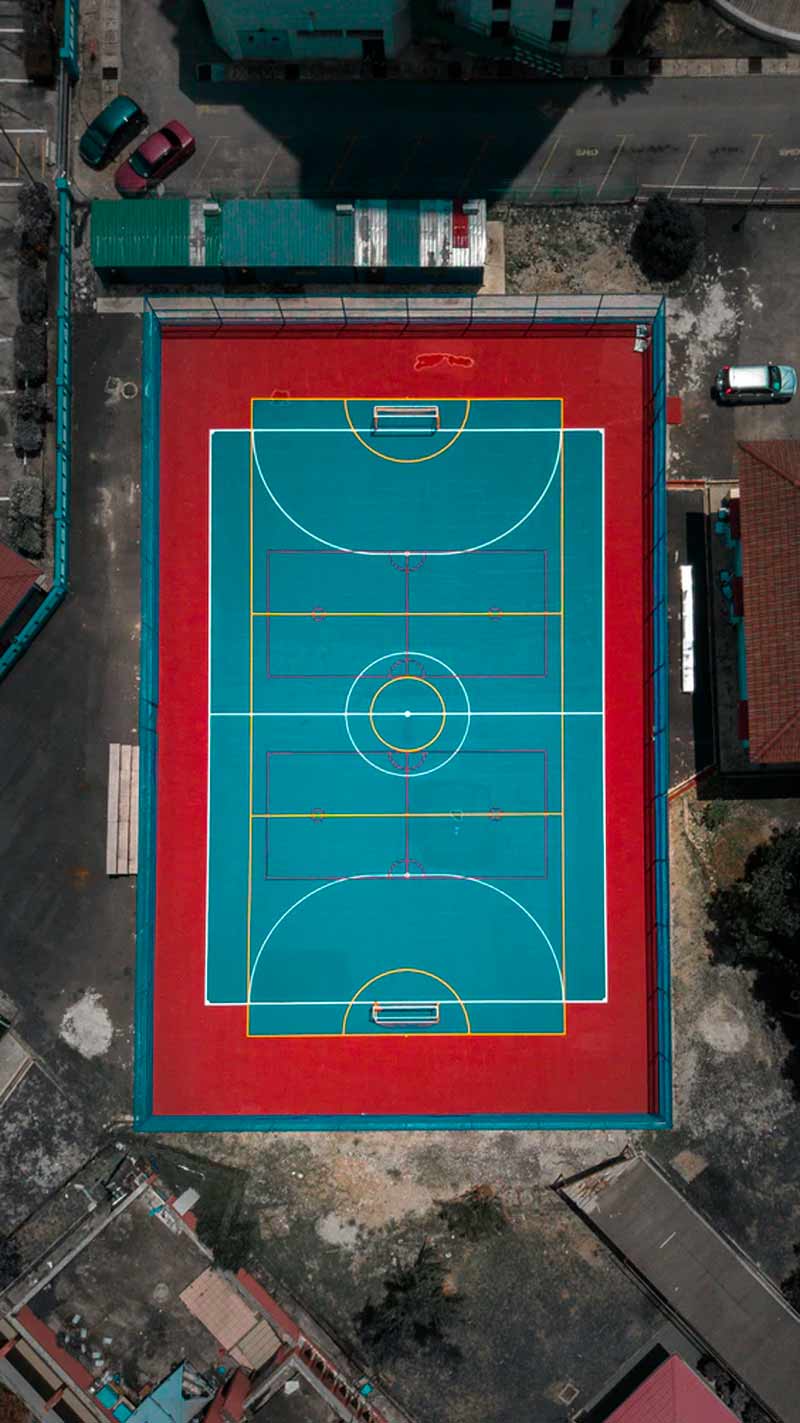 Both Futsal and Indoor Soccer are an enjoyable variant of the beautiful game, i.e., Soccer. Choose the one that appeals to you most. Futsal is a much more popular game, not just in the USA but throughout the world. But that doesn’t take anything away from Indoor Soccer. It is just as enjoyable and my personal favorite.