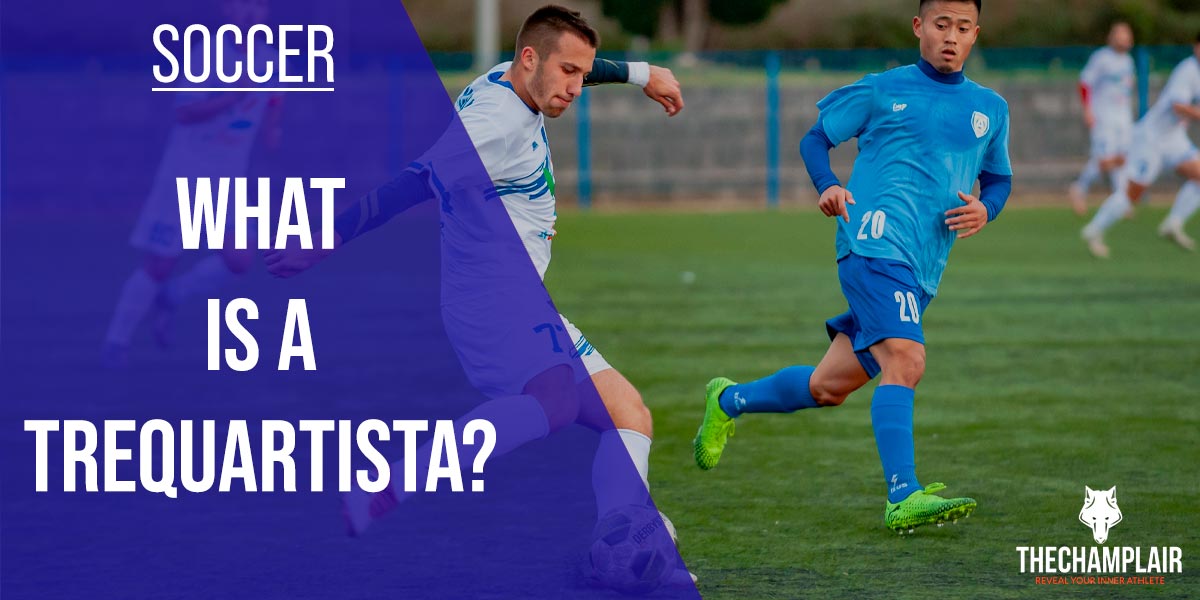 What Is A Trequartista? [With Examples]

One of the most iconic soccer positions of all-time, the likes of Francesco Totti and Juan-Roman Riquelme have thrilled supporters all over the globe. Indeed, that ‘number 10 role’ is synonymous with thrilling incisive attacking play and is imitated by young boys and girls the world over.

A wonderfully complex position on the field, the actual use of the term broke into modern footballing consciousness through the advent of the popular Football Manager simulation game.

Obviously, that wasn’t the start of the trequartista story but seeing the rather mysterious and artistic label for it up on gaming screens allowed a whole new world of soccer fanatics to sound like an enlightened tactical expert.

So, how would you describe this most famous of footballing berths?

Well, the point of this article is to detail exactly what the trequartista entails. Whether you’re someone who boasts a deep knowledge of the beautiful game who is just looking to marvel in its glory or a newcomer to soccer aiming to expand their tactical horizons, hopefully, you’ll have as much fun reading it as I have had writing it.

What is a trequartista in soccer?

The basic function of a trequartista in soccer is similar to that of an attacking midfielder.

A player who generally operates behind the striker(s) in pockets of space between the opposing team’s midfield and defensive line, their main job is to create and score goals, acting as an auxiliary forward when their team is in possession.

The main difference between them and your bog-standard attacking midfielder is that those who dare call themselves a trequartista are expected to get closer to the striker and play a big part in terms of racking up goals and assists. In essence, they are the ones carrying the burden of the attack rather than supporting it.

While there isn’t exactly a proud history of these players being willing defensive workers given their rather luxurious standing in the beautiful game, they can also be used as an added midfielder to form a defensive shield when the opposing team have the ball.

In a 4-2-3-1 formation, the player in the middle of the trio behind the striker could be a trequartista, while they could be also be incorporated into a 4-4-2 (playing off the front) or even a 3-5-2.

Playing as a trequartista isn’t for the faint-hearted. Sure, you earn all the plaudits if it comes off, but it’s also one of the most criticized soccer positions around, with fans turning on them with relative ease.

Perform, and you’re a hero. Fail and, well, good luck to you…

Where does ‘trequartista’ come from?

That is meant to indicate just how much of the pitch the artist in this role has to paint across. They are meant responsible for finding space and threading passes through the eye of a needle, charming audiences with their ingenuity and invoking the ire of the opposition.

Largely made famous in South America, the Argentina teams of the 1970s and 1980s would often have someone – such as Diego Maradona – trusted to act as the link between midfield and attack. ‘Playing in the hole’ is a phrase you’ll often hear about these central attackers, as they find space between the two most offensive lines in areas the opposing team may find difficult to mark.

Over the years and with teams generally a lot fitter now than they were in the 1970s and 1980 (the boom period for this role), the need for them has somewhat disappeared.

By and large, most top European teams do not completely absolve anyone of their defensive duties unless they’re a freakishly gifted talent. Even then, playmakers tend to have been replaced by pressing as a team rather than relying on one player’s genius.

For example, Mesut Ozil was recently forced out of Arsenal due to his unsuitability for the modern game, which tends to focus on winning the ball back as quickly as possible.

What makes a good trequartista?

A successful trequartista will be a creative player who can spot that killer pass in spaces that appear to lay between heartbeats. Passing, shooting, and using clever movement to create room in a congested box are some of the primary roles a ‘number 10’ would have within the team.

Indead, other positions on the field may require more athletic attributes, but the player in this role relies on ingenuity and the ability to create something out of nothing. At times, they can even look languid or lazy as they plot their next move. In an instant, however, they can change the game in a flash.

Clearly, those are reasonably intangible qualities to measure. Still, the best trequartistas are generally mobile, quick-thinking, and skillful players who possess the tools required to knit an attacking play together.

They may do nothing all game but, the one time they get the ball between the two defensive lines, it’s a case of whether or not they can deliver. As you can imagine, the very best ones can.

Such is the unique specification of the role; they’ll often be on the shorter side, too. That low center of gravity is crucial in weaving through tight spaces, manipulating the ball at speed, and just generally acting as a nuisance to whoever is trying to mark them.

Many jobs are required of the trequartista, such as scoring and creating, but the classic versions have always had an almost mythical figure about them. Those great players who can conjure something out of nothing and look as if they’re almost playing a different sport at times.

Other Useful Soccer Articles
How To Start A Soccer Club (Step By Step Guide)
How To Become A Soccer Manager (Step-by-Step Guide)?
How Much Do Soccer Refs Get Paid?

The Big Question - Is Lionel Messi a trequartista?

The beauty of Lionel Messi is that you simply cannot pin him down to just one position on the field.

Yes, he has acted as a trequartista, particularly when Zlatan Ibrahimovic or Luis Suarez were deployed as more natural strikers, though arguably the greatest football player of all time transcends the role somewhat.

In Messi, you have a trequartista. You also have a playmaker, a striker, an attacking midfielder, and even a deep-lying ‘regista’ at times (a player who lines up at the base of the midfield line to play passes from deep). 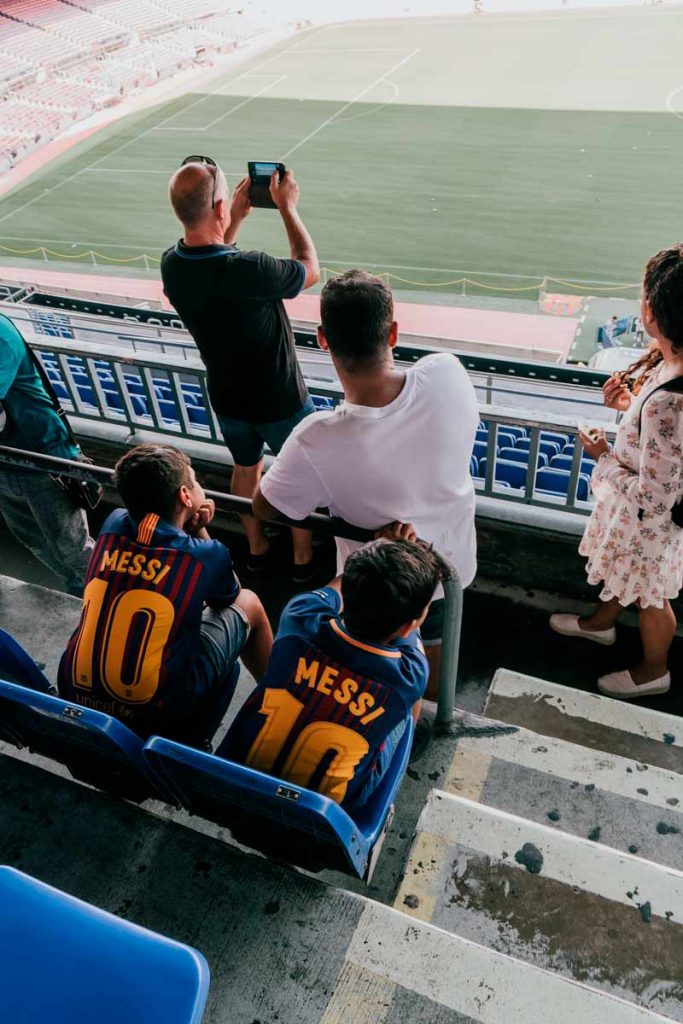 Football has been graced by many illustrious names to have thrilled us with their brilliance in this position over the years.

With the trequartista probably being the most essential role across football in the 1970 and 1980s, considering their prevalence in World Cup-winning international teams, the famous ‘number 10’ largely come hail from Italy, Argentina, Brazil, and other Latin countries, given their dominance at the time.

Totti, Riquelme, Maradona, Alessandro Del Piero, and Roberto Baggio are perhaps the most famous examples, but Zinedine Zidane is another who occasionally graced that position over his quite frankly ridiculous career.

Obviously, these are pretty different players boasting several different skills within both their team and the role itself. To a man, however, they are intelligent in their passing and use their boundless talents and ability to create a goal.

For example, Zidane would roam the pitch and had the ability to play either in the mold of classic trequartistas or as a great central midfielder, whereas some such as Totti embodied the ‘three quarters’ position in the best way.

During the 2006/07 season with Roma, he played in the hole flanked by two wingers but would still act as their target man when in possession, using his skills to create chances or score them himself. Sadly, that was the last genuine prolonged use of a trequartista in top-level European football.

Baggio might be the ultimate example, however. Maradona might make a case, too, but he was much more dynamic, acting as the beating heart of the team as well its mischievous brain. However, when the pony-tailed Italian played, he could go pretty much the whole game without even touching the ball before crafting something magical in space, seemingly not apparent to the naked eye.

There aren’t many English midfielders to have established themselves as some of the best trequartistas in football history, which probably stems from the fact that more rigid tactical systems were in place during the glory period for the role, though the likes of Steven Gerrard and Wayne Rooney could often play as a modern version of one.

In plain English, trequartistas are someone who plays behind the main point of the attack whose job it is to act as an advanced playmaker and use their passing or shooting prowess to cause damage.

While they have died out somewhat at the top level of the game, attacking midfielders can still perform similar roles, a lot like Messi does, to help their team going forward. We may not be able to witness a classic trequartista in football for a long time, but I’m sure there’s somewhere deep inside all of us that desperately wants to see them return to glory.

An iconic position in football, it’s a role worthy of the mystique that surrounds it.