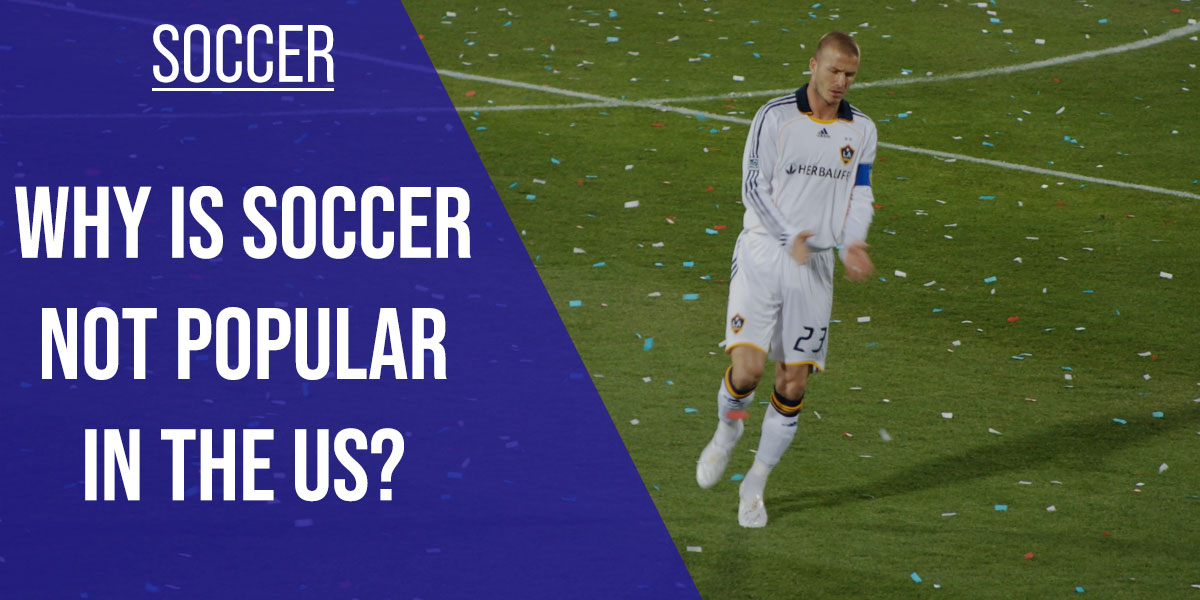 Why Is Soccer Not Popular In The US?

Gonzalo Higuian is the latest star of European soccer searching for a lucrative retirement home in the MLS with his reported move to Inter Miami looking probable, according to mlssoccer.com.

When looking for a starting point for this article I typed in mls.com, but that took me to a real estate website. I couldn’t have had quicker confirmation about the status of soccer in the United States; their top division doesn’t even own its correct domain name. So why is soccer not popular in the US?

Higuain’s move to the MLS, at 32, is reflective of a trend stretching back to the 1970’s when world-class players like Pele, Johan Cryuff, Franz Beckenbauer, and George Best went to the now-defunct North American Soccer League to collect their pensions and have a kick-about in the sunshine.

David Beckham repopularised the trick in 2007 when he traded one white jersey for another when he moved from Real Madrid to LA Galaxy. Since then the list of players who have squeezed every possible million out of their fading legs and the MLS coffers is extensive; Thierry Henry, Andre Pirlo, Zlatan Ibrahimovic. Steven Gerrard, Wayne Rooney, Frank Lampard, Didier Drogba. There are many more.

Worse still, in recent years the entire league has become littered with players who, if they had stayed in on the other side of the Atlantic, would be stuck in relegation battles season after season. Cough, cough, Lee Ridgewell, cough.

Seeing top-level players treat the MLS in this way contributes to why soccer is not popular in the US. How are fans supposed to respect the sport when they don’t get to see the best players in the world until they’re either shopworn, or appearing in low intensity, meaningless, pre-season tournaments?

Pre-season tours are held for commercial purposes only, with paper trophies bearing the name of whatever company has paid enough to sponsor the event. Clubs from Europe and elsewhere use the MLS in the same way as the players from those places; as an easy-earner outside of real competition. 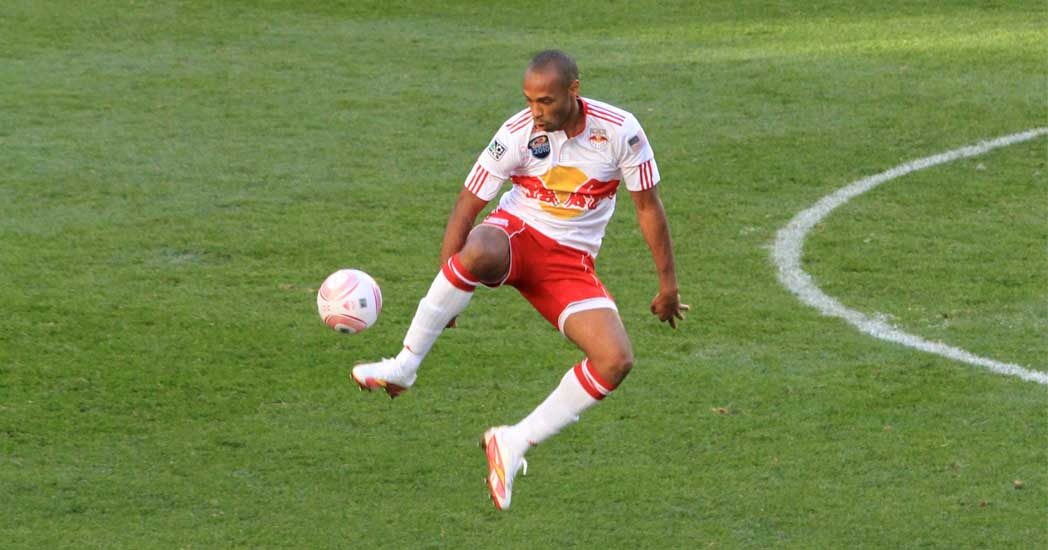 Another reason soccer struggles for popularity is there is already an overabundance of mainstream sports in the US. Not only do they have their own version of football which in reality is closer to rugby (NFL), they have basketball (NBA), ice hockey (NHL), baseball (MLB), even NASCAR pulls in huge crowds all over the southern states.

Where does your average American sports fan find the time to fit soccer in; a generally slower game filled with pampered, oversensitive players? I believe American comedian Bill Burr typified the views of his countrymen when he said:

I do think soccer is a beautiful sport. . . I don’t give a shit about the lack of goals. Shit, I watch hockey. I just don’t understand why every fucking two minutes somebody collapses to the ground like they blew out their ACL, and all they did was get kicked in the shin. . .

Other Useful Soccer Articles
How To Be A Good Soccer Captain?
How to Become a Professional Footballer?
Nike Phantom Vision Review – Academy, Pro, & Elite Models

At its best soccer is an elegant game. Think of Messi dribbling through an entire defense or a prime Arsenal team one-touch passing their way into the opposition’s net.

However, all too often this elegance is overshadowed by needless theatrics; tactical fouling, time-wasting, play-acting to get opposing players sent off. This side of the game serves as a mild annoyance to European fans, is widely accepted by South American fans, and is simply a turn-off for fans in the US.

The final and perhaps most instinctive reason soccer struggles for popularity in the US is the lack of historical connection between the fans and the sport. The European soccer giants have had the same names and recognisable home strips for over a century. AC and Inter Milan. Real Madrid and Barcelona. Manchester City and Liverpool.

All have a deeply entrenched sense of history and European and domestic successes behind them. There is a romanticism about it all. In the UK we grow up with stories about soccer. We’re told of how in 1914 British and German troops held a Christmas truce and played football in No Man’s Land.

We learn about the Munich air disaster of 1958 that wiped out almost the entire Man United squad who won consecutive league titles at an average age of 22. More recently, the Hillsborough disaster in which 96 fans were crushed to death during an FA Cup semi-final. These are cultural touchstones tinged with tragedy that simply aren’t part of the American sporting psyche. 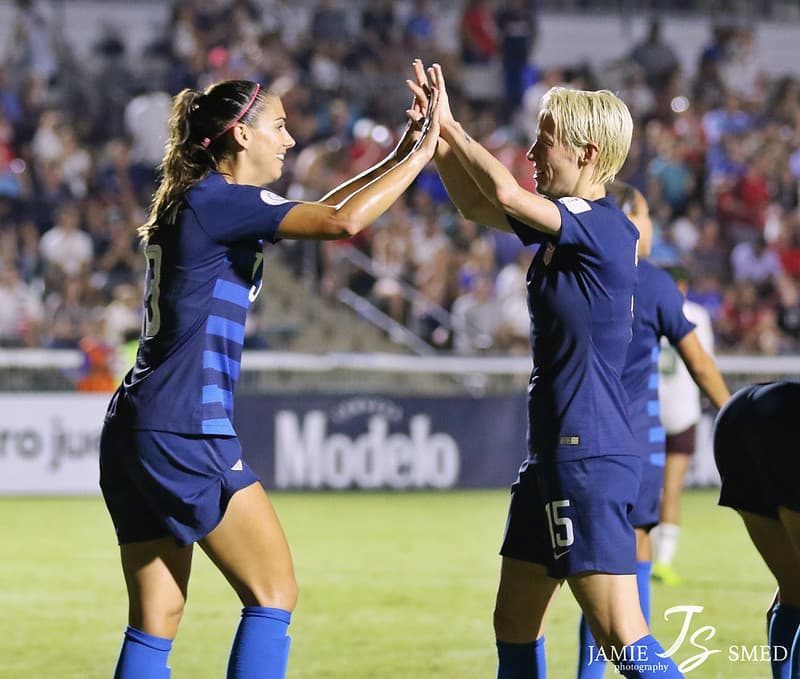 Is soccer gaining popularity in the US? I would say it is. The dominance of the women’s national team at World Cup tournaments is certainly impressive and could provide an incentive for nationalistic, success-orientated fans to jump on board.

The involvement of team captain Megan Rapinoe in the ongoing discussion about the gender pay-gap has the potential of exposing non-sports fans to women’s soccer as well. While at the moment I see European players inhabiting the league in their golden years as a negative as far as the fans’ perception of the league, the positive impact these players will have on younger homegrown talent is not to be disregarded.

How many tips and tricks will these youngsters learn on the training ground and in big domestic games? It will be priceless for their development as players. Over time this will gradually improve the quality of play in the US, of the men’s national team, and consequently the popularity of the sport.

With the MLS expansion set to continue to include 29 teams by 2022 and the influence of conglomerate sporting brands such as Nike and Adidas, who are keen to continue printing marquee names to the back of their American club shirts, we can safely say the trade of players will continue between the US and the more soccer-orientated continents.

And the trade is already becoming more reciprocal than has been in the past with Americans Gio Reyna, Weston McKenzie, and Tyler Adams lighting up the Bundesliga, and Christian Pulisic establishing himself as one of the best at Chelsea. Soccer seems to be on the verge of breaking-out of its old unfashionable skin in the US but for now, it sits at the back of a very long queue.