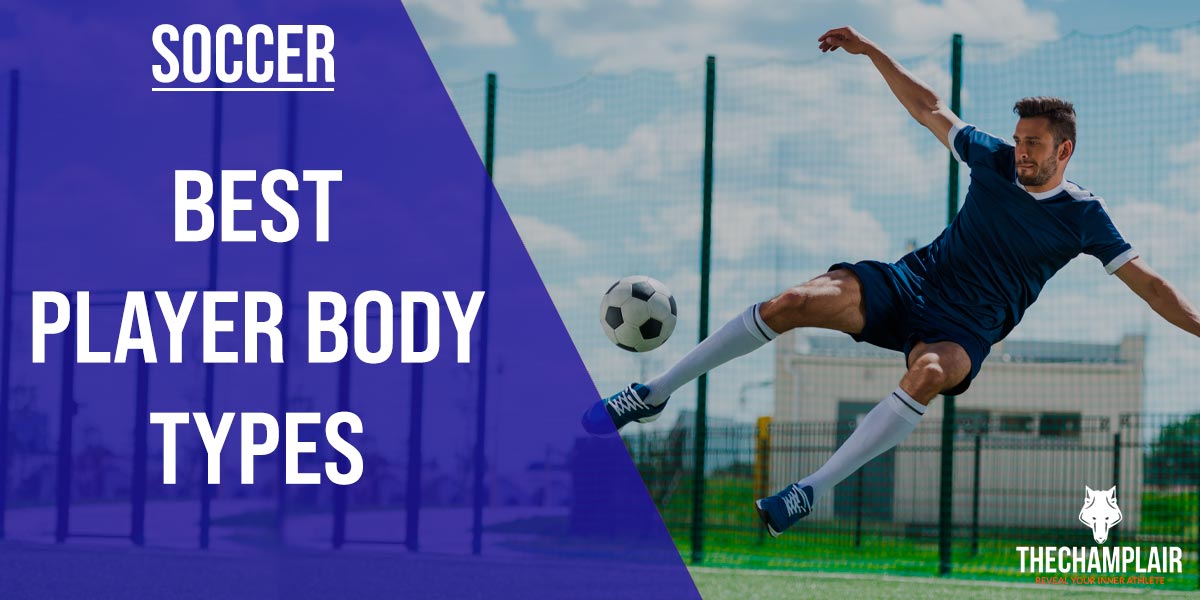 What Are The Best Player Body Types To Play Soccer?

Soccer is a popular sport played by approximately 250 million players in over 200 countries. This massive diversity in the places and people who play the game is reflected in the many different body types best suited for the sport. l

While it may seem like a tall player would have a distinct advantage, it may not be the best choice for all occasions. Similarly, a short player may move around the field more quickly and dodge defenders easily like Messi. However, they aren’t always as valuable for defending the goal.

To be the best soccer player you can be, you need to know your body type and build it for the role you want to play.

This article will talk about ‘how to understand your body type’ and ‘your ideal body type for different roles!’

Soccer is a game that relies so much on speed and agility. That’s why it’s no wonder that so many people are attracted to it. Who doesn’t enjoy the thrill of the game?

However, not all body types are ideal for the game. Some will have an advantage over others. So, here’s a table of body types for soccer below. It’ll help you understand the different body types that exist and how they help in the game. 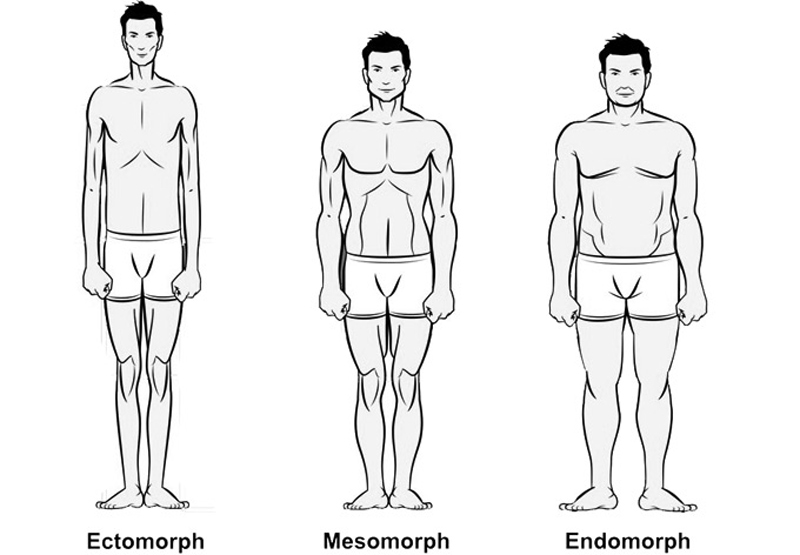 The ectomorph body type is the most common type of athlete. Its slender and long shape characterizes this body type. Usually, ectomorphs tend to be tall. It gives them a good height advantage during corner kicks for heading the ball and goalkeeping as well. Their lightweight body allows them to be quick.

However, other players can exploit this physique and may be too frail to withstand physical contact with other players on the field. Ectomorphs may find themselves at a disadvantage when defending due to lack of muscle mass which causes difficulty with shielding, tackling, or blocking shots and crosses.

To compensate for their weakness, they need to learn how to use their speed more efficiently and learn how to fight for possession of the ball from other players who have greater strength than them.

Endomorphs can quickly put on weight because they have a low metabolic rate. It means that it takes time for their bodies to use all the calories they consume as energy. This creates low-level stress on their system, which signals their brain to produce more serotonin. This chemical helps regulate mood and appetite. When endomorphs exercise vigorously, serotonin production jumps even higher.

Endomorphs will find it challenging to keep up with quick players. Moreover, they are prone to face troubles in departments of stamina and endurance.

The mesomorph body type in soccer is characterized by being muscular and lean. They have high muscle and low-fat levels. This body type is regarded as the ideal body type as you get to have the best of both worlds. They are a strong competitor due to their superior balance of power, speed, agility, and endurance. 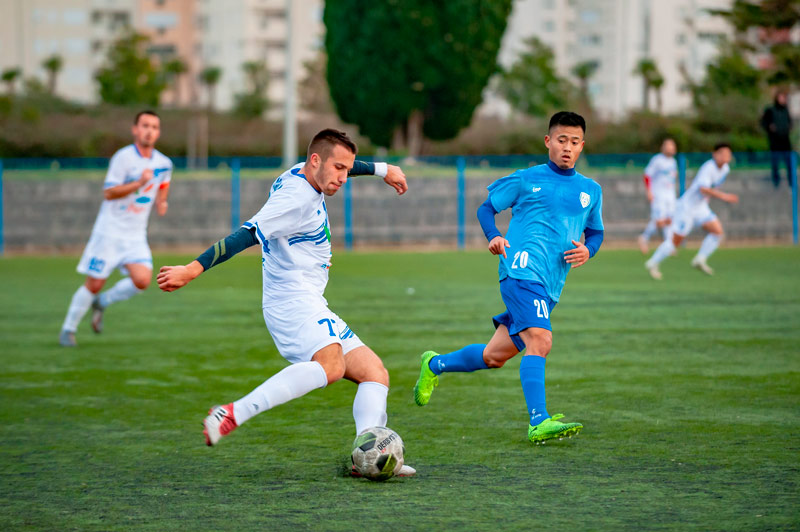 Your body’s build-up is an integral factor when trying to play soccer professionally. Let’s understand some of the most vital body stats for soccer bodies.

It is necessary to have an agile body for a soccer player. Suppose you are a defender since you get to face the other team’s fastest players. And if you’re an attacker without agility, not a lot of coaches are going to pick you in their team. So, focus on improving your reaction time and your speed.

It also makes a big difference if you have a strong body because strength plays a huge role in your ability to defend and attack.

Imagine this. You’re the striker for your team. You have the responsibility to lead the attack. Your opponent is tall and well-built. He is also considerably fast but known for using his strength to defend.

How will you counter him and his strength if you’re weak? You can’t. You will get bullied by this defender unless you’re either twice as fast as he or he just makes many mistakes. Therefore, a strong body becomes essential if you want to be a great soccer player.

Soccer players are constantly moving on the field. So, it becomes imperative that they are aware of their bodies and where the opponents are positioned.

It means they have to be aware when a teammate passes them the ball to react quickly and decide their next move. To do this the best way, they have to be mindful of their body regarding their movement.

And for the team that does not have possession, they have to be aware of their own speed, vision, and power to better avoid, block, or intercept the ball. 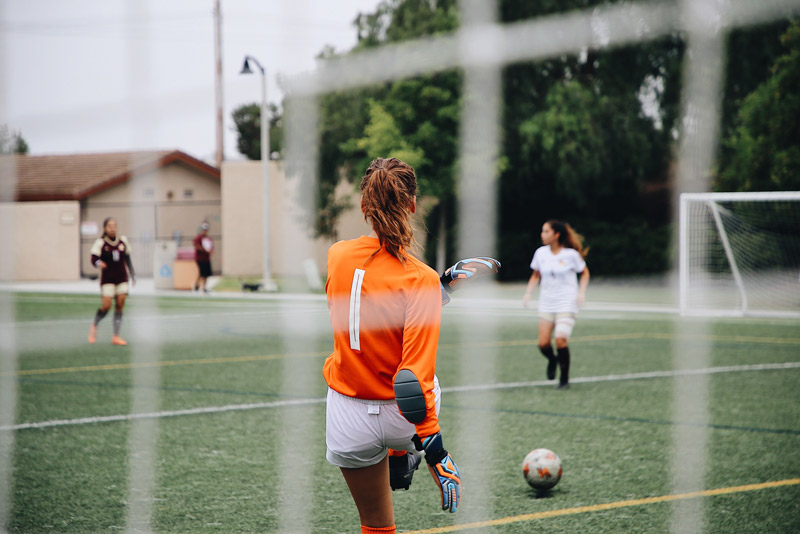 It is no secret that the female body is built differently than a male’s body. Despite the naturally built difference, females need to train almost the same way as their male counterparts.

Female soccer players are not built like your average female model. They train their upper and lower body rigorously and have a decent amount of muscle mass. This is especially true for the lower body as soccer players need to have the explosiveness to run fast and kick the ball hard.

The power for most of these actions is derived from the glutes and the thighs by the body. So, naturally, you’ll notice that most soccer players have well-developed lower bodies.

The World Cup-winning U.S. Women’s Soccer Players were asked, “What they love most about their bodies?” and the answers are fascinating. You can learn quite a bit from their responses to what the top female soccer players train for. For example, Carli Llyod talks about how she loves her arms because they are well-developed, and you can tell she’s an athlete just by looking at her.

If you’re an aspiring female soccer player, do not hesitate to train and develop some muscle mass. Don’t worry about what people say because all that hard work you put in the gym will reward you on the field. The U.S. Women’s team is proof.

Other Useful Soccer Articles
How To Be A Good Soccer Goalie [Goalkeeper Tips]
Soccer Stoppage Time Explained
How Far Does A Soccer Player Run In A Game? 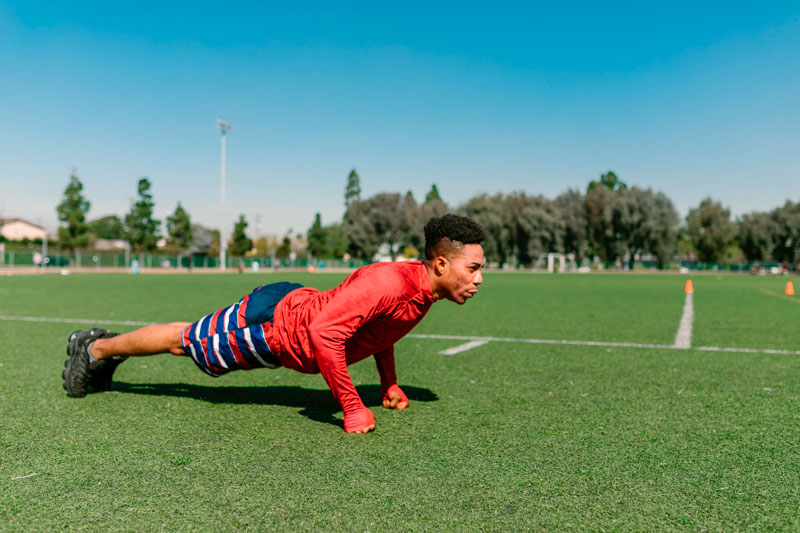 The word ‘endurance’ is often used to describe an athlete who can play multiple games in a row without getting tired or injured.

Endurance is different from stamina, which is the ability to have energy for one game. Endurance is vital in soccer because soccer is a 90-minute game, and teams play each other at the gap of 3-4 days during a season. You will not last long on the team sheet if you lack endurance. If you have high endurance, there is a good chance you will play for a professional team or a college team.

As soon as you pick up a ball, you’re exercising your balance and coordination. When you kick a soccer ball, your brain, eyes, arms, and legs are working together to help you coordinate movements so you can keep the ball under your control.

In general terms, balance and coordination are the things that allow us to move and react to our environment without falling over. These attributes’ importance becomes apparent for soccer players when you think about how much time they spend on their feet.

In fact, the ability to move from one foot to the next—and to jump, spin, or turn in midair while doing so—is one of the things that sets elite soccer players apart from beginners.

Speed is a player’s ability to run fast. It is one of the most critical aspects for a player to possess, and you notice it quickly when watching a match. Often, speed is a deciding factor when two teams with equal skill and experience go head to head.

If the striker is faster, they will most likely win the ball and score. Or if it’s the defender that is faster, they’ll be able to recover the ball and mitigate any attacks. Look at France’s Raphael Varane or Spain’s Hector Bellerin for inspiration.

It is worth noting that much of a player’s speed is determined by their physical attributes. For example, a tall and heavy player (goalkeeper) will not be able to outrun a short and light player (forward). But a tall player who is well built will have more speed and endurance than a short player who is not particularly muscular.

Strength is a multifaceted attribute. It is a combination of physical and mental toughness.

Physically, it is how your body can handle the natural elements of playing the game of soccer. For example, how well your body can take the non-stop running, the collisions, the tackling, and the other strenuous exercises that a soccer player has to endure.

Mentally, it is how well your mind can adapt to the situation and deal with the game’s stress. For example, it is the 90th minute of a cup final, and you get a penalty. How stressful is that going to be? Do you think you can score that penalty if you lack mental strength? Not a chance.

As a soccer player, it is crucial to have the right attitude and mindset. It is a team sport, and you must be willing to work with people. You may see 11 players on the pitch, but there are lot more people involved when you’re playing at a professional club.

The right mindset will allow you to become an asset on any team. You must be willing to sacrifice and give your all in every game, no matter the situation. Even if you’re winning 9-0, you must stay respectful to the opponents. And if you’re losing 8-0, you must have the heart to keep trying to turn things around.

If you’re wondering what allows Lionel Messi, Cristiano Ronaldo, Sergio Ramos to be at the level they are, year after year, it is their mindset. Apart from being exceptional talents, they are incredibly hard-working leaders that give their all in every game. 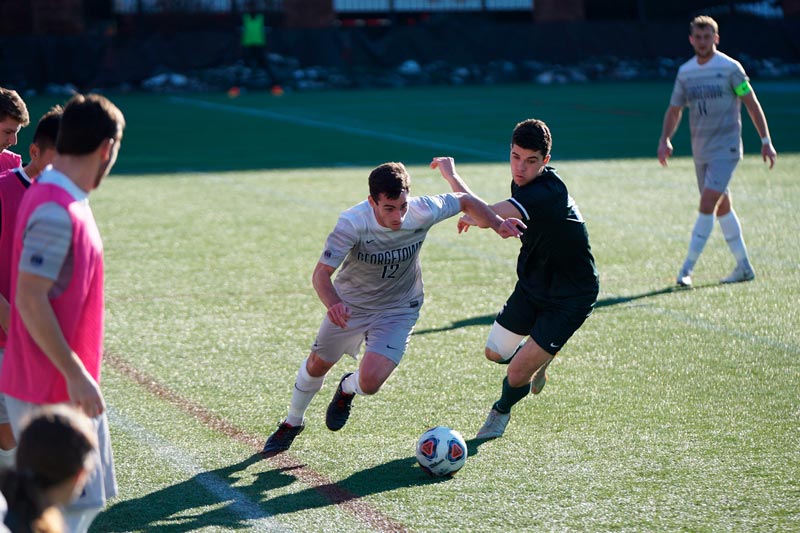 Which Body Type Is Most Common Among Professional Soccer Players?

Mesomorph seems to be THE ideal soccer player physique, and it is the most common among professional soccer players. Over the years, players have gotten more muscular and are focusing heavily on their fitness to remain at the top of the game.

Yet, you’d see no shortages of ectomorphs in the game. But as you go to the highest levels of professional soccer, you’ll see ectomorphs working to achieve a mesomorph physique. Don’t be disheartened if you don’t have the ideal soccer body type today. You can always work hard and achieve it.

Need inspiration? Look at Cristiano Ronaldo, Lionel Messi when they started their careers. Cristiano Ronaldo has worked his way to achieving a mesomorph physique, while Messi has remained an ectomorph with decent muscle mass.

No matter what your playing position is in soccer, you can’t go far unless you know your body type and plan to play to your strengths and weaknesses. It’s essential to work to improve your weaker areas continually. Still, you must know that you can’t completely change your body type. This is why it’s important to understand what your body type is early in your soccer development and work on your strengths to be the best you can possibly be. 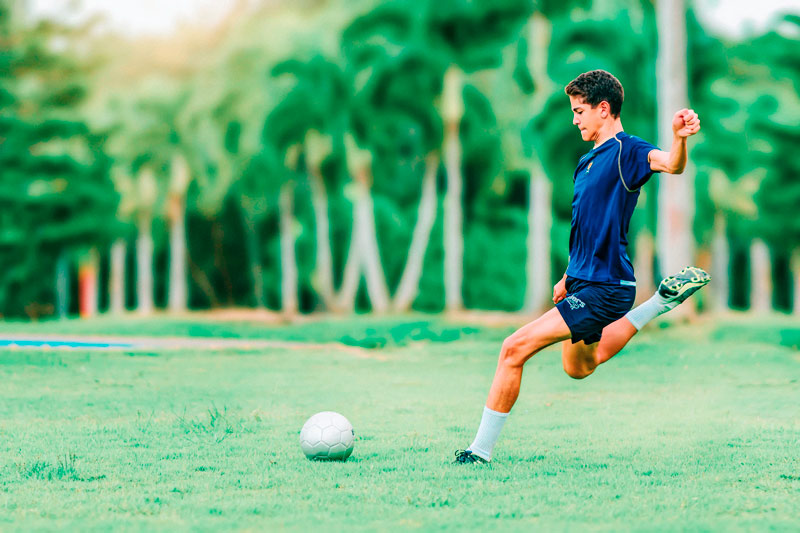