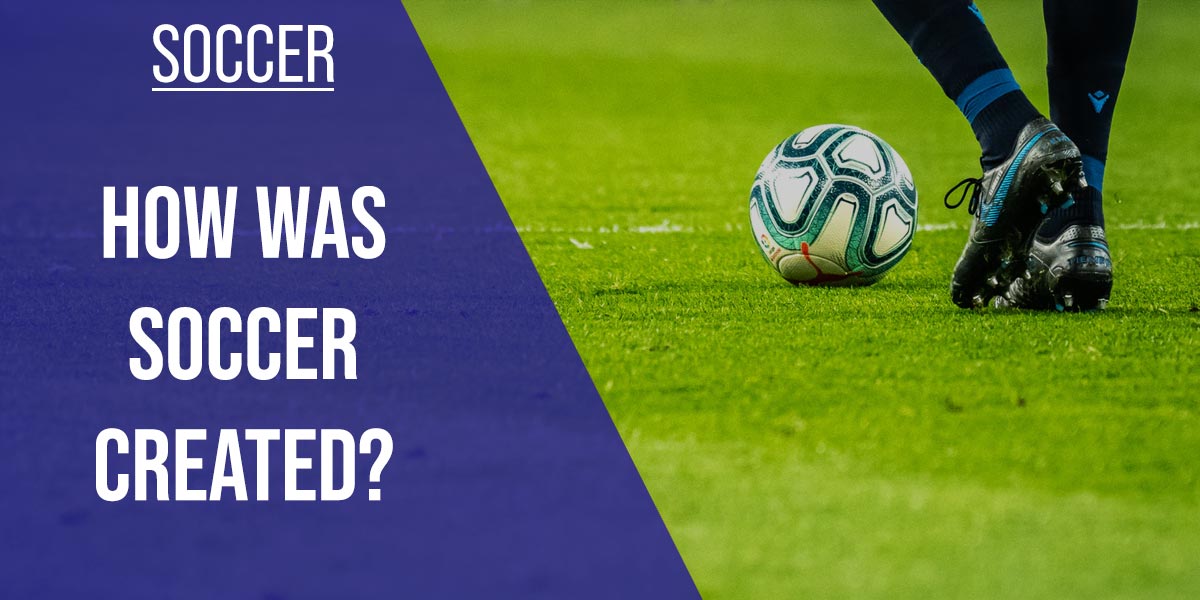 How Was Soccer Created?

Today, soccer – otherwise known as association football or simply football – is the most popular sport in the world. Soccer players are known to be landing millions of dollars, while FIFA itself records revenues in the billions, seeing particular success in World Cup years.

That’s the current state of soccer – however, how did it come to be such a successful sport? How was soccer created, and why does it enjoy the admiration of hundreds of millions of people across the planet?

Today, I am going to have a historical overview type of post, diving into the roots of what we know today as soccer.

The Beginnings Of Soccer In Antiquity

Soccer has its roots deep in antiquity, so we should first have a brief look at the pre-Britain era of soccer-like games. Forms of soccer have seemingly existed on all continents, but we have the most information on Chinese, Japanese, Greek, and Roman games.

Although soccer in its modern form is about a century or two old, the roots of this sport appear to go back to distant antiquity. According to FIFA, the earliest form of the game about which we have scientific evidence is Tsu’ Chu or cuju, a game that has been played in China since the 2nd or 3rd centuries BC.

Tsu’ Chu has been an exercise from a military manual, though some of its forms have also been played in wealthy cities for entertainment.

This precursor of soccer incorporated kicking a leather ball filled with hair and feathers through a 30-40-centimeter opening into a small net suspended on bamboo canes. Typically, each team in the game had 12-16 players.

One variation of this game required that the players withstand the attacks of opponents by using their chest, back, and shoulders. Like in modern soccer, the use of hands in Tsu’ Chu was not allowed.

Another interesting variation is baida that became popular during the Song dynasty. In this game, the main focus was not on scoring but on personal skills. The number of fouls committed by players decided the winner – the team with fewer fouls would win.

Japan had its own variation of Tsu’ Chu called Kemari. Kemari originated 500-600 years later than its Chinese inspiration and is played even today.

In this game, several players would stand in a circle and would kick the ball in the air, not allowing it to touch the ground. This might be where juggling in soccer comes from. Kemari had no element of possession or competition, unlike the Chinese Tsu’ Chu. 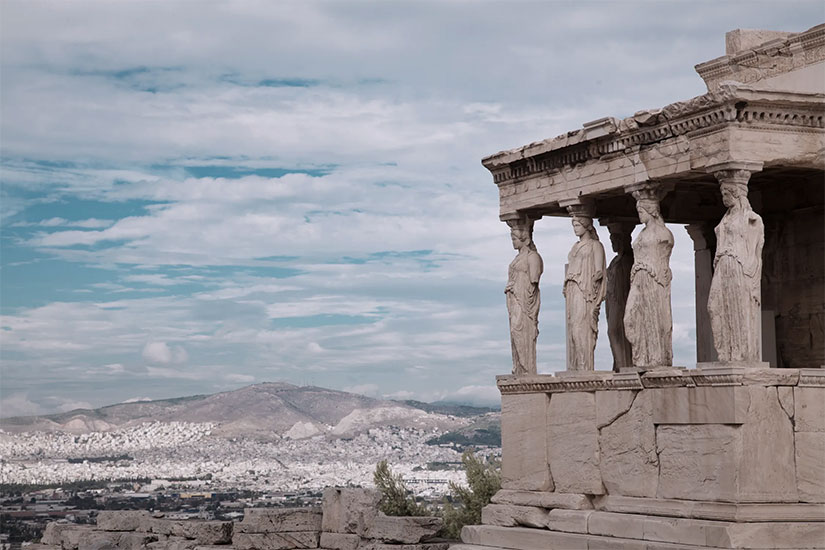 Greece and Rome had their own variations of soccer-like games, but little information about them has survived.

The Greeks played episkyros – a game that resembles modern rugby. In this game, two teams of 12-14 players each had to force the ball over the opponent’s boundary lines.

The Romans romanized episkyros and made a game of their own called harpastum. The exact rules of the game are unknown, but it was similar to episkyros.

Both the Greek and Roman games were violent, and matches were often accompanied by injuries. The games allowed the use of hands as well, which made them similar to modern rugby.

The Formation Of Modern Soccer In Britain

Modern soccer is considered to have originated in Britain in the 19th century. However, the roots of the sport go much further in time.

The early precursor of soccer in Britain

The earliest form of soccer in Britain is thought to have been developed in the 12th century. According to FIFA, it has been brought to Britain by the Romans. This form of soccer has been called mob football – you’ll understand why very soon.

Upon its introduction in Britain in the 12th century, soccer had a very peculiar form. The opposing teams included hundreds or even thousands of people from neighboring towns. The goal of each team was to get the ball to the church or another geographical point in the opposing town.

Aside from an impressive scale of events, this form of “soccer” involved plenty of violence and even death. The “ball” typically was an animal bladder.

This spectacular athletic phenomenon would often cause significant damage to the involved neighborhoods. Due to its disastrous effects, this game was banned in Britain for several centuries.

Soccer-like games would make a return in Britain in the 17th century, but they would again become forbidden in 1835. Aside from that, industrialization and urbanization reduced the amount of free time and space available to working-class people, which caused a decline in mob football’s popularity.

However, the game had already become deeply rooted in some public schools, which set the scene for the development of modern soccer.

The emergence of soccer in British public schools

After its ban in 1835, soccer would be played as a winter game between public schools such as Eton, Charterhouse, Winchester, and Rugby. Each public school had its own set of soccer rules – for example, some allowed the use of hands, while others did not.

In Rugby School, the handling of the ball was generally allowed․ And by the way, Rugby School is where the modern game of rugby was invented.

The significant differences in rules made it challenging for students to continue playing soccer after entering university. Students could only effectively play with their graduates from the same school.

In 1843, the University of Cambridge attempted to standardize the rules of soccer. The Cambridge rules were then spread by Cambridge graduates, some of whom started forming their own soccer clubs.

In October 1863, clubs from London and its suburbs agreed on the printed rules of soccer. These rules prohibited carrying the ball by hand.

At the same meeting, The Football Association (FA) was established as well, becoming the world’s first soccer association.

The rules were accepted in most of Britain, but not everywhere. Some clubs – especially Sheffield clubs – retained their own football rules. 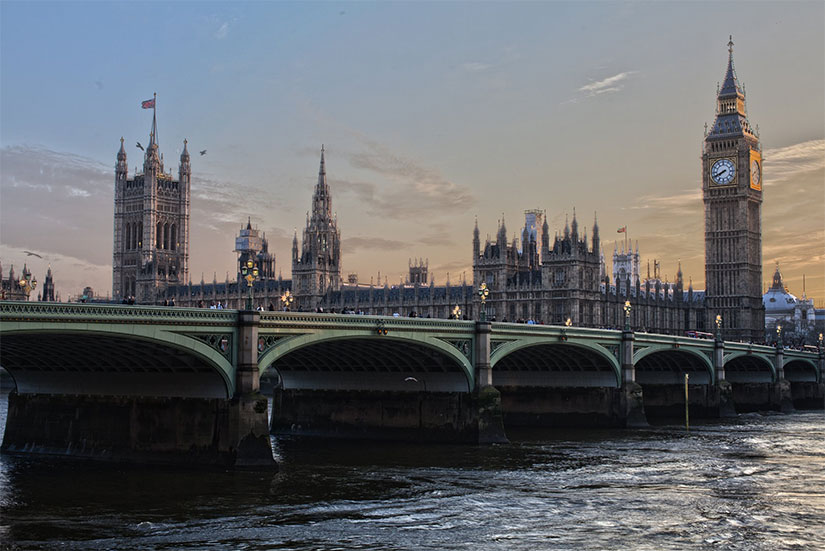 The professionalization of soccer in Britain

According to Encyclopædia Britannica, industrialization and urbanization in Victorian Britain contributed to the development of modern soccer. Seeking new forms of leisure, many industrial workers became interested in this sport.

A number of factors have also noticeably promoted the development of soccer in Britain:

Between 1888 and the outbreak of World War I (1914), the average attendance of soccer rose from 4,600 to 23,100. And remarkably, soccer’s popularity undermined people’s interest in other sports, such as cricket.

Clubs started charging spectator admission in the 1870s. And despite the FA’s efforts in retaining the amateurism of soccer, clubs also started paying illegal wages to attract skilled working-class players.

After the sanctioning of professional players in soccer, northern clubs with large player bases and the ability to attract better players started quickly gaining positions in the sport. Besides, with the rising influence of working-class players in soccer, upper classes were prompted to switch to cricket and rugby. This was followed by the establishment of the first soccer leagues in Britain.

The international spread of soccer 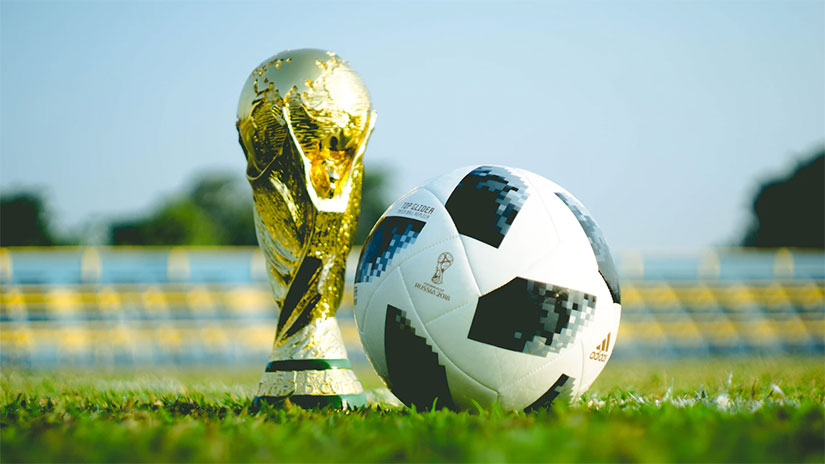 Soccer had spread throughout Europe by the early 20th century, but initially, there was no international body that would ensure organization in the sport. To solve this issue, the football associations from a number of European countries established the Fédération Internationale de Football Association (FIFA).

Despite the disdain of British associations toward FIFA and Britain’s series of resignations from FIFA due to disagreements as to the future of soccer, the sport would increase in popularity throughout the following decades.

In 1908, soccer debuted at the London Olympic Games. The World Cup that now attracts millions of spectators from the entire globe was first held in Uruguay in July 1930.

FIFA grew steadily as well, solidifying itself as the global authority over soccer competition. At the beginning of the 21st century, FIFA had over 200 registered nation-members – more than there are countries in the United Nations.

World Cups have become an international phenomenon, bringing together soccer associations and teams and generating billions of dollars of revenue. In 2018, for example, FIFA has generated $4.6 billion, largely thanks to the World Cup.

Aside from the World Cup, soccer competitions are regularly held by continental confederations. Of these, perhaps the most popular is the UEFA (Union of European Football Associations) Champions League that sees the strongest clubs of Europe clash annually.

Why Is Football Called Soccer In The US?

Throughout the world, the sport in question is known as football, but it’s called soccer in the United States and Canada. Why so?

After football started gaining popularity in Britain in the early 1800s, public schools and universities came up with their own versions of the game, with different rules and different names. One of them was “association football”, which is the soccer that we know today.

The term “soccer” was actually invented in Britain as an abbreviation of “association football”. The British have actually used “soccer” up until some 30 years ago. And in the 1960s-80s, “soccer” and “football” were interchangeable in Britain.

After soccer reached North America, Americans came up with their own game, which is now known as simply “football” in the United States and “American football” in the rest of the world. Association football, in the meantime, remained known as “soccer” in America.

It seems that the British stopped using “soccer” about 30-40 years ago because of its American connotations. And now, because “soccer” is used primarily in the United States, it is often perceived as an American invention, which it is not.

So there was my dive into the history of soccer! I didn’t cover every small detail of known soccer history – you may find more via the links I referenced throughout the article.

This was a blast to research and write for me! I hope that this was a fun read for you as well – historical topics can sometimes be boring.