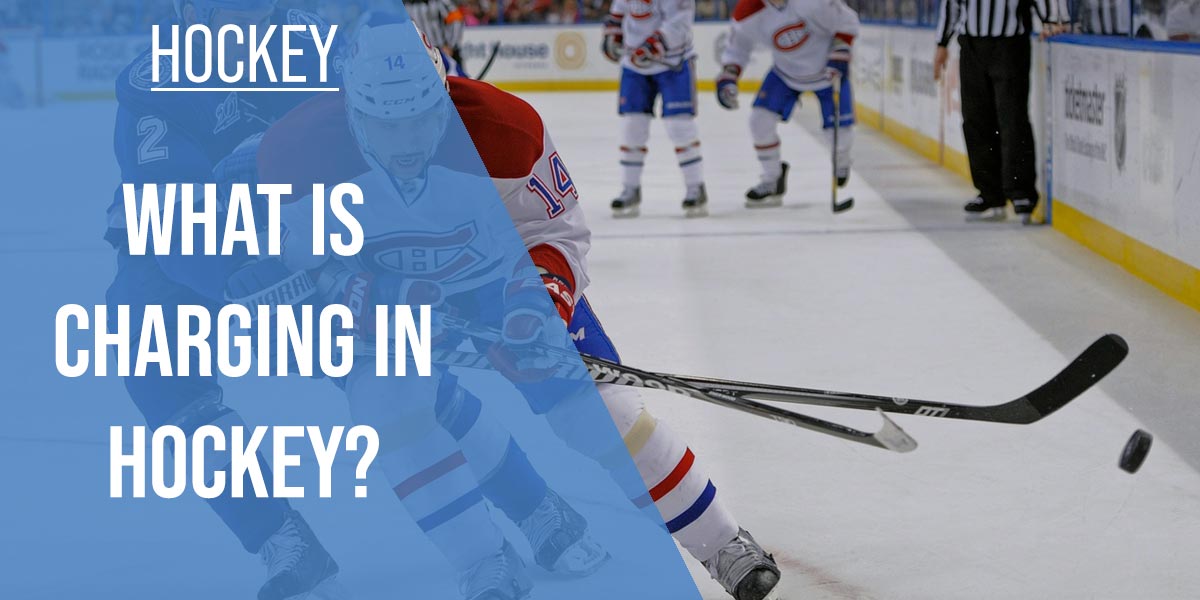 What Is Charging In Hockey?

If you are having difficulties telling charging and boarding apart, you are not alone. These two infractions are so similar that even the most experienced referees are sometimes not sure which one to call.

Below, I am going to explain to you the charging penalty in hockey and how it differs from boarding. Along the way, I will also provide links to USA Hockey and NHL rulebooks – I think that every hockey fan and especially players should know the ins and outs of this sport’s rules.

Charging In Hockey - The Guide

Rule 607 of the USA Hockey Rulebook defines charging in the following way:

So essentially, a charge is when a skater accelerates by taking multiple strides and deliberately hits another player. Charging can also be called out anywhere on the rink.

For a more visual insight, you may watch this video compilation of NHL charging hits.

Charging shall mean the actions of a player who, as a result of distance traveled, shall violently check an opponent in any manner. A “charge” may be the result of a check into the boards, into the goal frame or in open ice.

I think that the USA Hockey rulebook does a better job at defining charging because the definition is more specific there. USA Hockey specifies that charging involves taking “more than two strides” or “traveling an excessive distance”.

Rule 607 of the USA Hockey rulebook lists the following penalties for charging: 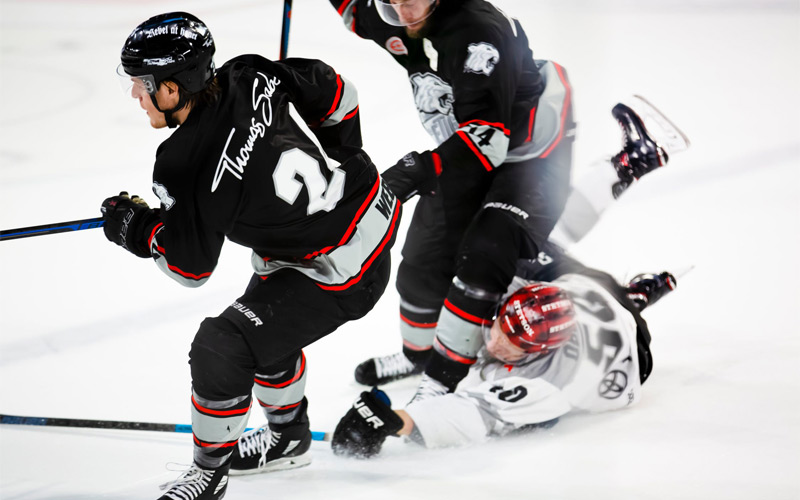 Rule 607 also goes into more specifics as to in which cases each of these penalties may incur:

One thing to note with goalkeepers – charging a goalkeeper when he is outside the privileged area is not “fair game”. When a player makes unnecessary contact with the goalkeeper, interference of charging should always be called.

With that said, Rule 607 also notes that referees should be alert of infractions committed by goalkeepers near the goal. So no, you won’t be penalized if a goalkeeper commits an infraction against you.

How do referees call charging?

To call charging, referees clench their fists and move them around each other in a circular motion in front of the chest.

Other Useful Hockey Articles
What Is Interference In Hockey?
Best Goal Horns In NHL
Most Saves In An NHL Game

What Is The Difference Between Charging And Boarding In Hockey?

Boarding is often confused with charging because the two infractions are similar. However, the two are distinct and easy to tell apart once you know how each is defined.

Rule 603 of the USA Hockey rulebook defines boarding as follows:

Boarding is the action where a player pushes, trips or body checks an opponent causing them to go dangerously into the boards. This includes: Accelerating through the check to a player who is in a vulnerable position, driving an opponent excessively into the boards with no focus on or intent to play the puck, or any check delivered for the purpose of punishment or intimidation that causes the opponent to go unnecessarily and excessively into the boards. The onus is on the player delivering the check to avoid placing a vulnerable or defenseless opponent in danger. 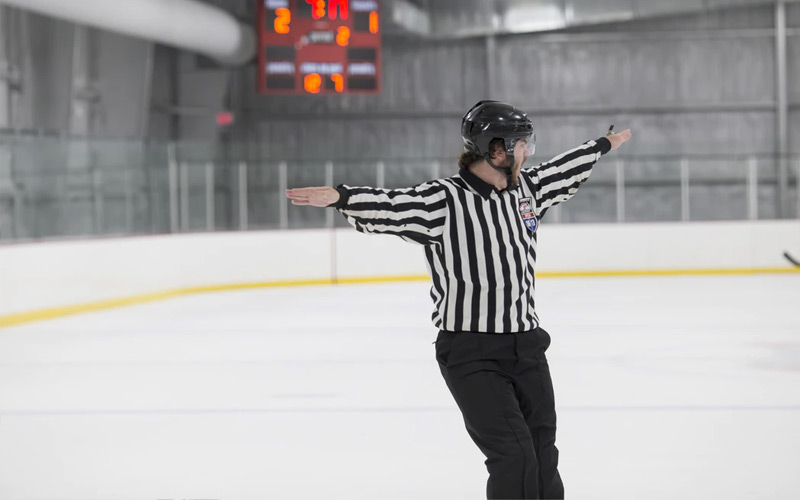 A boarding penalty shall be imposed on any player who checks or pushes a defenseless opponent in such a manner that causes the opponent to hit or impact the boards violently or dangerously. The severity of the penalty, based upon the impact with the boards, shall be at the discretion of the Referee.

Boarding is typically called when the offending player hits an opponent from behind or after the latter no longer has the puck.

It’s clear why charging and boarding are often confused with each other – they are visually similar, and charging may also happen at the boards. However, there are some key differences:

To differentiate between charging and boarding, referees most commonly take the traveled distance and/or the number of taken skating strides into account.

So in reality, charging is not that difficult to distinguish from boarding. You just have to look for one of the two:

In some cases though, telling the two offenses apart may be challenging – well, it’s up to the referee’s discretion which infraction to call anyway.