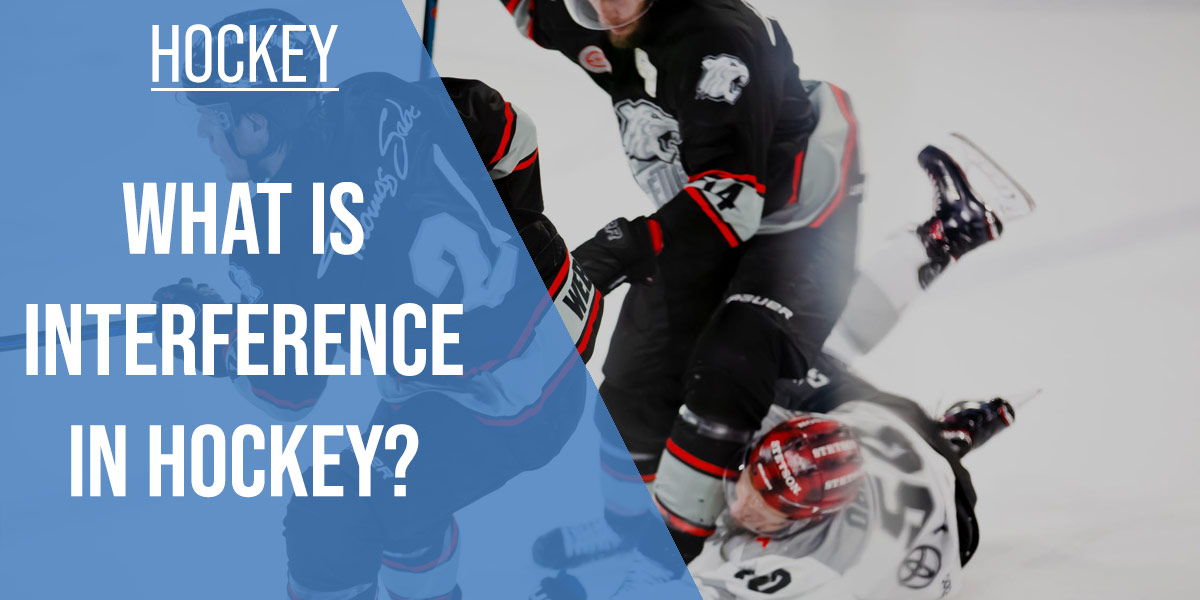 What Is Interference In Hockey?

Understanding ice hockey rules is desirable if you are a fan of the sport and mandatory for a player. And one of the most fundamental things that you need to understand in hockey is interference.

Read on to find answers to these and a few other questions below!

I’m going to have a look at three rules today:

USA Hockey and NHL rulebooks provide a slightly varying definition of interference, although the basics are the same. I’m going to cover both editions to give you a fuller idea of what interference is.

Both rulebooks are rather specific in definitions, so interference is difficult to confuse with other fouls. This is unlike charging, for example, which is commonly mistaken for boarding.

Rule 625 of the USA Hockey rulebook defines interference as follows:

“Interference is defined as when a player uses his body (“pick” or “block”) to impede the progress of an opponent (non-puck carrier) with no effort to play the puck, maintain normal foot speed or maintain an established skating lane.”

So essentially, any deliberate attempt to block an opponent without need is considered interference.

Rule 625 specifies a few cases in which interference will be called by the referee:

In subpoint b, Rule 625 also specifies the following:

Finally, subpoint c specifies how deliberate interference by the goalkeeper is treated.

A goalkeeper will get a minor penalty if he intentionally leaves the stick or its any portion in front of the goal. The non-offending team will be allowed a goal if the stick prevents an obvious and imminent goal no matter whether the goalie is on ice or not.

By the way, USA Hockey provides a casebook on interference – you should read it if you want to get a better idea of this foul. There are some video examples as well.

In the NHL 2019-2020 rulebook, interference is defined by rule 56. The definition is somewhat long, so I definitely recommend that you give the rule a read yourself.

The key points are as follows:

Then, the rule goes into detail as to what penalties will be assessed and when.

These points are a compacted version of Rule 56. I strongly suggest that you go and read the rule yourself to gain a better understanding of what interference is and when it is assessed.

Other Useful Hockey Articles
Best Goal Horns In NHL
What Is Charging In Hockey?
Most Saves In An NHL Game

What Is Interference On The Goalkeeper?

The rule states that goals should be disallowed in two cases:

Rule 69 specifies that incidental contact with the goalkeeper is permitted and that goals resulting from such contact are allowed – given that the player reasonably attempted to avoid contact and that the contact was initiated outside of the crease.

Contact, by the way, is defined as body or stick contact between an attacking player and a goalkeeper.

Penalties for interference on the goalkeeper

Interference on the goalkeeper may incur minor, major, match, or misconduct penalties. Referees decide at their own discretion which foul to call.

Most commonly, interference on the goalkeeper causes the disallowing of the goal. Rule 69.3 defines what happens when an attacking player contacts the goalkeeper inside his goal crease.

Goals will be disallowed if they are scored in the following circumstances:

Every time the referee interrupts the game to disallow the goal after contact with the goalkeeper, a face-off occurs in the nearest neutral face-off spot.

Rule 69.4 defines cases when interference has occurred outside of the goal crease.

Even when the goalkeeper is outside the crease, interfering with him is not “fair game”. Players may still be penalized and goals disallowed if contacting the goalkeeper outside his crease.

For contact with a goalie outside the goal crease, the NHL rulebook defines the following penalties:

Incidental contact with the goalkeeper outside his goal crease is allowed if the goalkeeper is playing the puck, given that the attacker reasonably attempted to avoid contact.

In some cases, these offenses may incur a penalty against the attacking or defending player, depending on who did the foul. 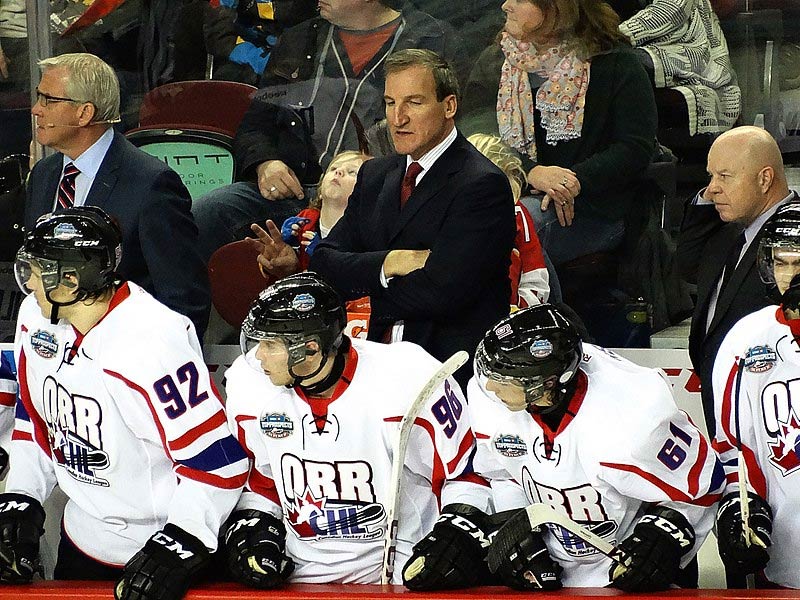 And finally, we have to cover the most controversial rule that relates to interferences – Coach’s Challenge defined by Rule 38.

Essentially, when a team requests a Coach’s Challenge, a video review will take place in “goal/no goal” debates. As a result of the video review, goals that have been originally called on the ice may be overturned.

Coach’s Challenges may also be requested if the referee missed a game stoppage event or a goal was scored as a result of an off-side play, but this is a bit off-topic for the subject of interference.

The subpoint (c) of Rule 38.2 allows a team to request Coach’s Challenge if a goal may have involved interference on the goalkeeper. If the interference matches what is specified in Rules 69.1, 69,3, and 69.4, the goal will be disallowed.

So yeah, teams should be careful when claiming interference on their goalkeeper.

Anyway, I’ve mentioned earlier that Coach’s Challenge is controversial. This is due to the video reviews.

Video reviews are being used more and more to assess and overturn decisions made on the ice. This has sparked some controversy among players.

Some think that video reviews diminish the role of referees on the rink. Others agree that the system should exist to make things right because it’s difficult to keep up with what’s happening on the ice.

However, allowing video reviews for just three scenarios may instill confidence in players that they can do certain offenses scot-free. With that, the video review system is still far from being perfect, although it seems to be on the way.

Unlike fouls like charging, interference is pretty easy to identify because the NHL and USA Hockey are very specific in their definitions. In most cases, you could just have a look at the rules and try to match them with what is happening on the ice.

I’ve covered the most important things above, but I suggest that you read the rules on your own. There are some small details that I didn’t include to keep the post short and simple, but they may be very useful for you.