How Long Should A Hockey Stick Be?

Everyone knows that to do a job well you need the right tools. If the job in question is playing hockey, your tool is your stick, and you need one that fits your size and your style of play. The type of stick you choose will affect every aspect of your game – shooting, puck handling, and defense.

The general rule of thumb for choosing how long should a hockey stick be is that it should come up to your mouth (with your skates on of course). Stand straight up, and keeping the tip of the blade on the ground, hold the stick straight up and see how high it reaches.

Another way of measuring would be to hold the stick with your top hand placed where it would normally be and your arm down by your side. The bottom of the stick’s blade should lie flat against the ice.

The length of your twig will change your posture and even your skating style. If it’s too tall you will remain upright, but you may lose balance and leverage when fighting for the puck along the boards. If it’s too short you will be hunched over, which can also throw off your balance and hurt your back. Usually, the ideal length is one that reaches up to your chin/mouth area.

Also, keep in mind that the lie of the hockey stick (this is the angle where the blade connects to the shaft) is very important because it will change the way your blade touches the ice. If the stick is too tall the toe will be up in the air.

If it’s too short there will be a space between the ice and the heel of your blade. Not only will this affect your ability to receive passes, but the stick will wear out more in some areas, shortening its lifespan. Check out Crosby’s stick in the picture above – perfectly flat on the ice. 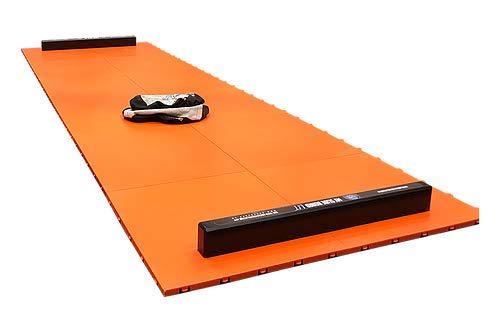 Matching A Stick To Your Style

Here’s where it gets a little more complicated. The information here is a rule of thumb, but choosing a stick that feels comfortable to you is essential.

It’s best to choose a stick that enhances your particular skills as a player. Generally speaking, a longer hockey stick length is better for defense because it gives the player a longer reach and makes it easier to deflect pucks and break up passes.

Longer is also better for shooting, especially slapshot because it provides more leverage and helps whip the puck along.

Patrik Laine of the Winnipeg Jets stands at 6’’5, and uses a stick that’s long even relative to his towering frame. He used his fearsome shot to rack up an impressive 44 goals in his second year in the league. Check out how he leans on his stick to get the most possible flex and incredible power, which lets him fling the puck past goalies even when they know what’s coming.

Laine is a pure shooter, but most players who stickhandle more prefer shorter sticks. This gives them more control over the puck and allows them to keep it closer to their body and handle it in tight spaces.

Another benefit is that it is made of less material, therefore it’s lighter, faster, and easier to handle. Sidney Crosby stick length is very short stick, only 54 inches long. It suits his style.

He can bend low to the ice, drop his shoulder to protect the biscuit and he’s able to keep the puck on a leash in tight spaces in the corners, and around the net. Take a look at the picture below, his stick barely reaches above his shoulders.

But there are exceptions to every rule. With amazing puck control and jaw-dropping moves, you would think that 5’’8 Stanley Cup winner Martin St. Louis would have used a short stick. You’d be wrong.

In fact, St. Louis’ stick was so long that he had to customize the lie of his blade to a more open angle so that it rested fully on the ice. There must be something to it as he put up over 1000 points in his legendary NHL career.

With modern advances in stick technology, stick manufacturers are able to build sticks with precisely calculated flexibility. Each stick is given a number: the amount of force needed to bend the shaft of the stick one inch. Sticks with lower numbers are more flexible and those with higher numbers are stiffer.

The standard recommendation for players is to choose a level of flex by dividing your weight in pounds by two. That number is a good starting point.

Taller players can use their leverage to lean into their shots, so they can take a higher flex, whereas shorter players may need a lower number that’s a bit easier to bend. Of course this all depends on an individual player’s strength. The stronger you are, the more you can bend the stick and put more jump in your shots.

Which level of flex you choose also depends on your style and position. Forwards who like to shoot in stride and take quick wrist shots generally prefer more flexible sticks, while defensemen who take slappers from the blue line use harder sticks.

Think about this: if it takes 130 pounds to bend it one inch, that would mean he’s hitting the puck in the photo below with over 500 hundred pounds of force! No wonder his slappers send other players ducking for cover!

Most NHLers are sponsored by top hockey brands and have their sticks made to measure. For the rest of us, it would be really lucky to find a perfect stick off the rack at your local sporting goods shop. It’s common to cut a few inches off the top of the shaft so that it matches the player’s height.

Manufacturers don’t recommend sawing more than two inches because it will completely change the flex and feel of the stick, making it much stiffer and harder to shoot with.

Of course, you can always buy an extension which plugs into the top of the stick and gives you back that height. Those are especially useful for parents of quick-growing young players who don’t want to fork out top dollar for a new stick every year.

The longest stick in NHL history belongs to Zdeno Chara, currently of the Boston Bruins. Standing at a full seven-feet-tall on skates, the league had to make an exception and extend the legal limit of sticks by two inches in order to give this giant a stick to fit his enormous stature.

It’s no coincidence that he set the league record for the hardest shot with a sizzling 108.8 mile per hour blast.

On the other end of the spectrum, the speedy Phil Kessel uses a stick with a flex number below 70, one of the lowest in the league. Combined with a low kick-point (the part of the shaft that is designed to bend), just above the blade, it allows him to do what he does best, using a lightning quick release to whip deadly wristers past the goalie into the top corner of the net.

These days every player in the NHL uses a composite stick made from a mix of fibreglass, carbon fibre and kevlar.

The last player to make the switch from a wood stick is thought to be Paul Stastny sometime around 2014. However, by this time even wood sticks were laminated with fibreglass to provide added flex and strength. The last player to use a fully wooden stick was probably Gordie Howe in his comeback season in 1980. 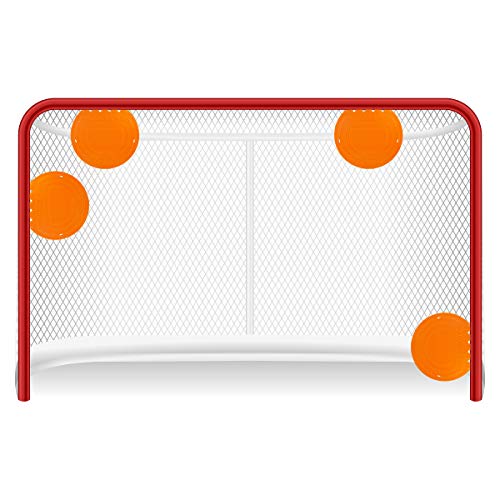 What is the difference between cheap and expensive sticks?

Expensive sticks run from anywhere around 250$-300$. They are made of one piece of composite material which is woven together in a way that requires less material, which makes them lighter and allows the player to really feel the puck on their blade. They also have a lot of whip in the shaft.

Cheaper sticks start around 40$ up to around 80$. They are made from two pieces fused together and are filled with resin, making them heavier and less easy to maneuver. The one benefit (apart from saving a few bucks) is that they are actually more durable.

What brands should I look for when choosing a stick?

There are tons of choices out there, but CCM, Bauer, Warrior, Easton, and Sherwood are all brands commonly used by today’s professionals.

What about goalie Hockey stick Length?

The most important feature in a goalie stick is the paddle (the thicker part). The blocker hand holds the paddle and in a proper stance, it should be resting next to the leg pad, not leaving a space between the hand and leg or overlapping it. Again, it’s best to measure this while wearing your equipment.

There is a ton of variety when it comes to choosing the right hockey stick length. When making that choice, figure out your strengths as a player and try to find one that matches them and that’s comfortable to use. Are you a defender?

Maybe those extra three inches can give you the reach to cover more ice and keep the opposition that much further from your team’s goal. If you’re a stickhandling forward, look for something shorter that has more feel and allows you to dangle through traffic and in tight.

And if your role on the team is a jack-of-all-trades, choose something in the middle that doesn’t take away your ability to perform in any one aspect of the game.

Related Posts
What Is Hooking In Hockey?
What Is Cross Checking In Hockey?
Best Hockey Sticks For Youth
Cameron Wilson
Cameron is from Ottawa and played college hockey for Saskatchewan. He now coaches in Division III. He is passionate about traveling, treaking, woodwork, and ethnic food. Cameron is also interested in sharing his knowledge about the beautiful game of ice hockey.