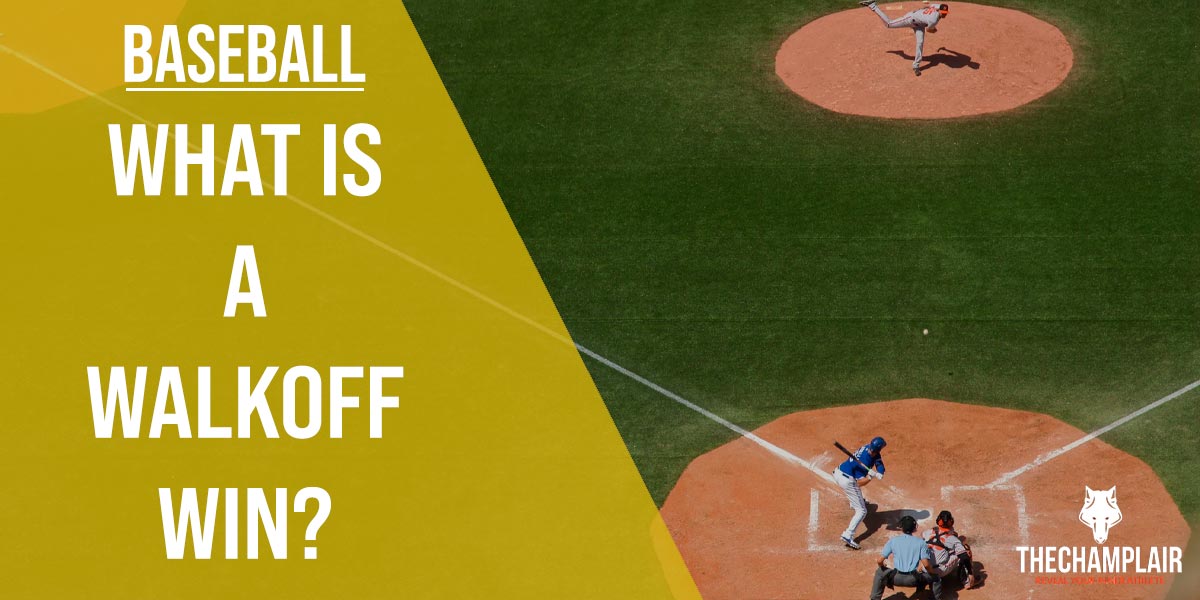 What Is A Walkoff Win In Baseball?

As a baseball coach with too many years on the clock than you’ve got time for, I can tell you that there are more ways to end a baseball game than you might think.

Indeed, while most ties you watch will naturally result with the winning team in the field, it is indeed possible for the offensive team to claim the victory.

That is what we call a walk-off win.

Probably the most iconic way to win, it’s the series of events you’re likely to see in most baseball films and movies. In fact, the notion of a walk-off win has even made it into various popular songs, such as Chuck Berry’s 1956 hit, Brown Eyed Handsome Man.

Yeah, I’m sure there’s a more recent example, but who doesn’t love the Golden Oldies?

Anyway, aside from having our finger on the modern music pulse, we’ve also got a detailed guide for you as to what exactly is a walk-off win. 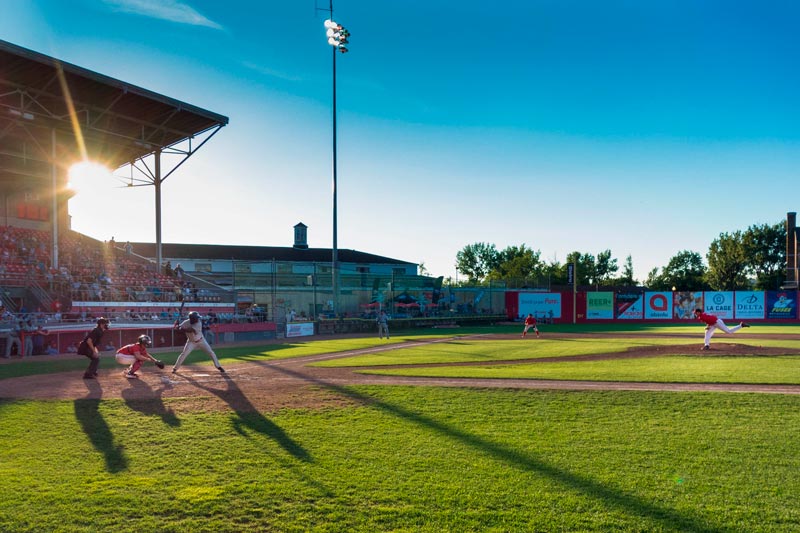 Basically, a walk-off win is when a game is decided at the bottom of the ninth – or extra innings – when the home team hits the winning run.

To qualify for a walk-off win, it must be the HOME team who hit the home run in the final inning of the game, meaning the visiting team must ‘walk off’ the field in a humiliated fashion.

The History Of The Walk-Off Win

While the actual mechanics of such an event are as old as the game itself, the actual term ‘walk-off win’ was first coined (in a print context, anyway) in the San Francisco Chronicle back in 1988.

Initially, it was meant to reflect poorly on the away team’s pitcher, who, naturally, would be forced to walk-off in relative shame. However, considering the scenes of jubilation sparking from the home team’s bench after winning the game in the bottom of the ninth, it is largely considered a dramatic victory these days rather than a humiliating loss. 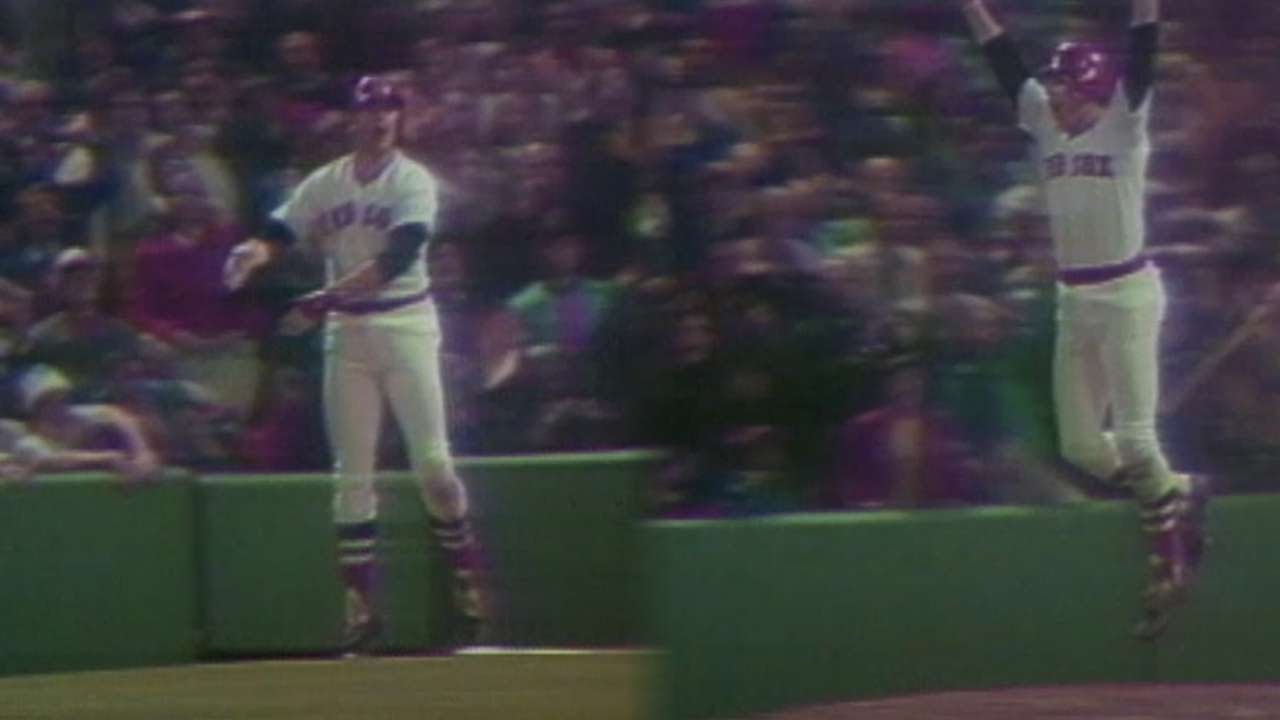 It’s imperative to remember that a walk-off win needs to be as a result of a home-run.

If there isn’t a home-run at the bottom of the final innings and the hit still wins the game, there MUST be a runner on base to score the winning run.

Back in 1949, Tommy Henrich on the New York Yankees hit a home run in the ninth was the first game-winning home run in the history of the World Series, breaking the hearts of the Brooklyn Dodgers after Don Newcombe’s late pitch resulted in the game’s singular run.

Yeah, not a great spectacle of sport.

Why do they call it a walk-off win?

Basically, it was initially used to describe a pitcher’s dejected walk off the field after losing the game, but, thankfully, it’s largely taken on a much happier tone now.

Because of the scenes of jubilation from the home team’s dugout, it’s pretty much considered to be a good thing these days, a sign of a dramatic victory rather than a humiliating loss.

What does a walk-off single mean?

This is when the batting team scores the winning run off a base-hit single.

How many times has a player hit a walk-off grand slam for a 1-run victory?

This dramatic event has only ever happened twenty-two times, and it is often called ‘the ultimate grand slam.’

Is there a specific formula to a walk-off win?

Aside from it needing to be the home side batting at the bottom of their final innings, there isn’t really a game plan you could create that would result in a walk-off win. 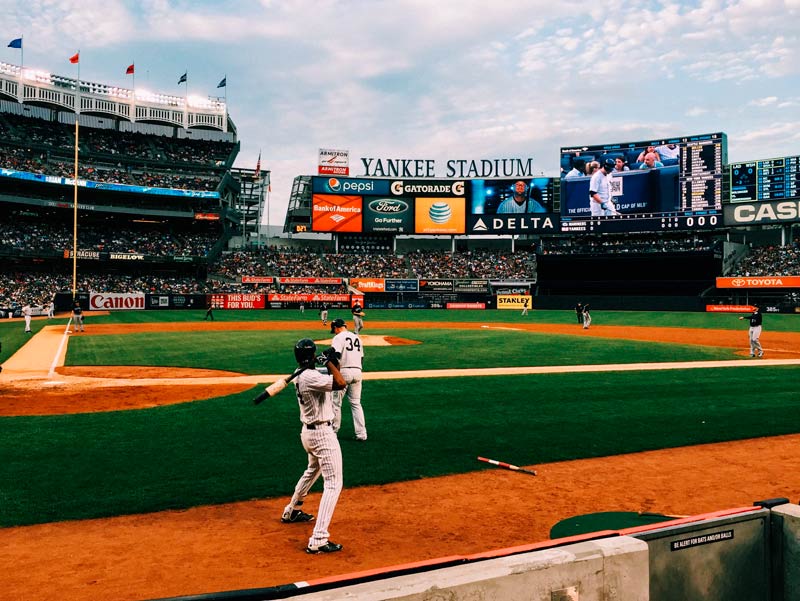 As you’ll have probably guessed by now, a walk-off win is dramatic and iconic.

Indeed, if you were writing a Hollywood movie based on a game of baseball, it would invariably end in this circumstance.

The effect Carlton Fisk’s aforementioned homer had on the sport in 1975 was transformative. Due to the way it was filmed, with the cameras focusing on Fisk himself rather than the ball, the focus from then on largely shifted to centering in on the individuals themselves, adding to the overall spectacle’s drama.

They’re also pretty rare, considering the specific set of circumstances involved. Remember, it must be the home team hitting the winning run in their final innings, meaning the pitcher is forced to walk off his mound, hence the name.

What started out as a negative connotation of the away team’s collapse has developed into a celebration of the home team’s character in pulling a victory from the jaws of defeat.

The most literal example of terms used in baseballing lexicon, you’ll know when you see one. The sounds, the sight, the feelings of witnessing history in a packed crowd, it’s truly a sporting spectacle to behold.

Sometimes, they almost feel too good to be true. Such is the thrill of the excitement; it’s easy to think you’ve dreamt of seeing one. Certainly, kids growing up in batting cages will be conjuring up images of hitting the final homer, writing themselves into the game’s history.

Hopefully, now, you’ll be an expert in exactly what a walk-off win in baseball means. Now, you’ll be prepared for one at all costs.