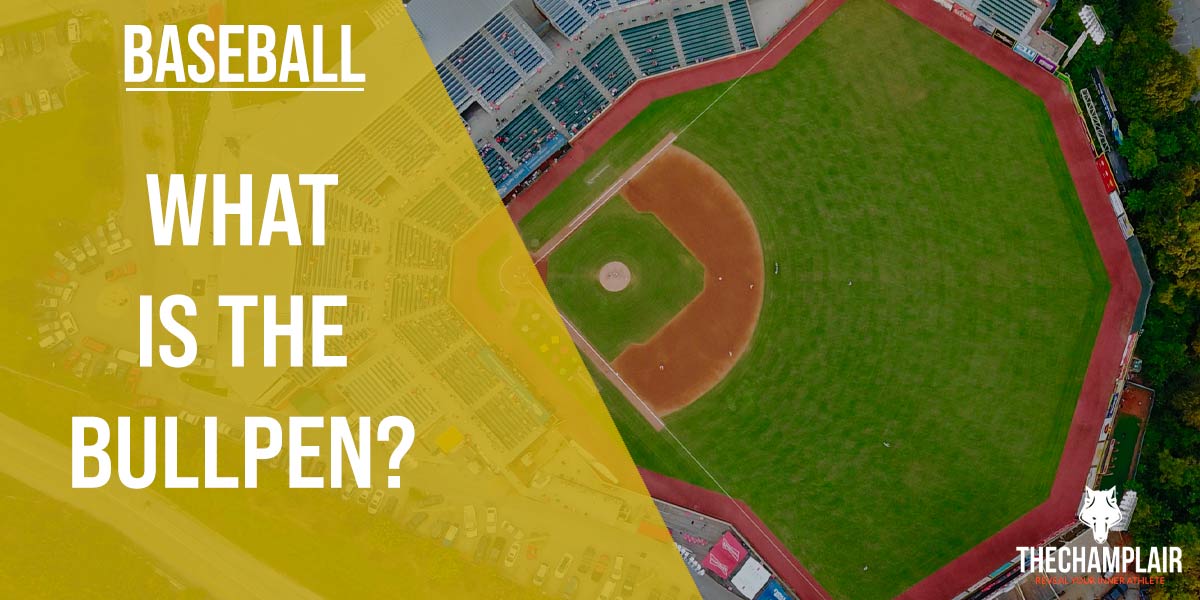 What Is The Bullpen In Baseball?

The Bullpen is one of the most bizarre terms in sports. Not only this, but it has several incorrect definitions floating around that could make you think that the guy on the radio talked about something very different.

In the world of baseball, a bullpen is a team’s area where pitchers warm up and get ready for their appearance in the game. The term initially referred to the space in the corner of a baseball field, where the relief pitcher would stand and tend to pitch whenever the regular pitcher was pitching.

The Bullpen houses a group of pitchers used to replace the starting pitcher whenever required in the game. Therefore, the Bullpen makes up for the difference in the starting lineup and serves as a rescue force when needed.

Why Is It Called The Bullpen In Baseball?

Although the origin is up for debate, I think you can already guess the term’s inspiration.

But it is just a theory.

Around the 1900s, most ballparks had outfield advertising boards placed near the Bullpen. The name ‘Bull Durham’ had become closely associated with ballparks. Why? Because of their tall ad boards as they provided much-needed shade during the day games. They were 40 feet long by 25 feet high.

The company offered $50 to any hitter who could hit a ball off their ad boards. Moreover, players hitting home runs in parks with a bull on the outfield fence received a tobacco carton. Fourteen players won in 1909 when 50 signs were in place. The following year, $4,520 in cash and more than 10,000 pounds of tobacco were given out as nearly 150 Bull Durham signs got hit 85 times! I wish someone would start a similar campaign today, haha!

You see the connection here? As convincing as that theory is, it still isn’t what we recognize as the origin. You can refer to “The New Dickson Baseball Dictionary” by Paul Dickson for more.

While there are more theories, I think this is the most probable one. Advertising and culture are responsible for many of the terms we use today. They were either coined by a person or a group or simply adopted by the public.

One more theory that often does the rounds is from the Civil War. It is about the notorious Andersonville prison camp referred to by the inmates as a bullpen. And mind well, this was no makeshift prison. It got its name due to the alarming prison population there. It was built to lodge 10,000 men, but at its peak, it was housing 33,000!

In the 19th century, bullpens were named due to the strength and short temper of police officers.

Another theory for the origin of the term involves dairy farms where bulls are penned separately from cows but within sight of their future “mates,” so they are equipped for  “further action.”

This is precisely like the Rodeo Bulls, held in pen before being released to the main arena.

Another theory for the origin of the term involves dairy farms where bulls are penned separately from cows but within sight of their future “mates” so that they are equipped for  “further action.”

With that said, I assume you now understand the meaning behind ‘bullpen’ in baseball.

Other Useful Baseball Articles
Youth Baseball Drills For Kids In Little League
Tipping Pitches Meaning And Explained
What Is A Walkoff Win In Baseball?

What Does It Mean To Throw A Bullpen?

A pitcher throwing a bullpen would mean pitching in the Bullpen. It is as if it were a simulated game, for example, off the mound.

It may last longer than other bullpen sessions, but it is meant to keep the pitcher’s arms loose and their mental focus high. The pitcher practicing off a mound in the Bullpen can practice their mechanics and different pitches without being distracted by distractions on the field.

Few pitchers do seek out this pitching workout to get an edge on their competition. They will even bring along an extra catcher to simulate the mechanics of throwing a ball into play.

In the Bullpen, the pitchers should meticulously work on their throwing mechanics and live ball situations. Doing a lot of spot work and hitting those ‘inside highs’ and ‘outside lows’ can set you up for success in the game. Make a point of hitting your spot as often as possible.

What Is A Relief Pitcher?

The relief pitcher is a pitcher that enters games after the starter has been taken out of the game due to poor performance, injury, or high pitch count.

While it is common for relievers to pitch only one or two innings in a given game, most clubs have a “long reliever” whose job is to pitch two, three, or four innings to relieve a starter who has been taken out of the game early. As a long reliever, you can also fill in for the pinch-hitter in extra-inning games in which the game’s outcome is uncertain.

Another exciting thing about relievers is that they throw harder than starters. Why? Because they can afford to take a number of risks knowing they are unlikely to pitch more than 30 times a day. Contrary to starters, relief pitchers are occasionally asked to pitch on two or three consecutive days – sometimes even four or five consecutive days – though most relievers require an off day after pitching three days consecutively.

You’d be surprised to know substitute players were not allowed, and relief pitching was not a thing in the early days of the MLB. A pitcher would usually switch roles with another player.

When Joe Borden and Jack Manning swapped roles for Boston Red Caps in 1876, it was the first relief appearance in the majors.

How Many Pitchers Are In The Bullpen?

An average Major League Baseball team has about 12-13 pitchers out of its 25-man roster. That’s the equivalent of half the team!

A team usually has five starting pitchers in modern baseball, and they rotate starting a game every fifth day (the origin of the term “rotation”). Depending on the schedule, sometimes teams can get away with rotating four players, and in the distant past, some even managed to rotate three players. Today, starting pitchers are usually required to take four days of rest before making their next start.

So, what happens when you need to ‘relieve’ these pitchers? You go to the Bullpen.

You’ll notice that in a baseball game, the middle and late-innings relievers usually sit in the ‘Bullpen.’ When a pitcher is needed, the manager usually calls the Bullpen since it generally takes a pitcher five to ten minutes to warm up.

A pitcher will often warm up in the Bullpen to replace an ineffective pitcher on the mound.