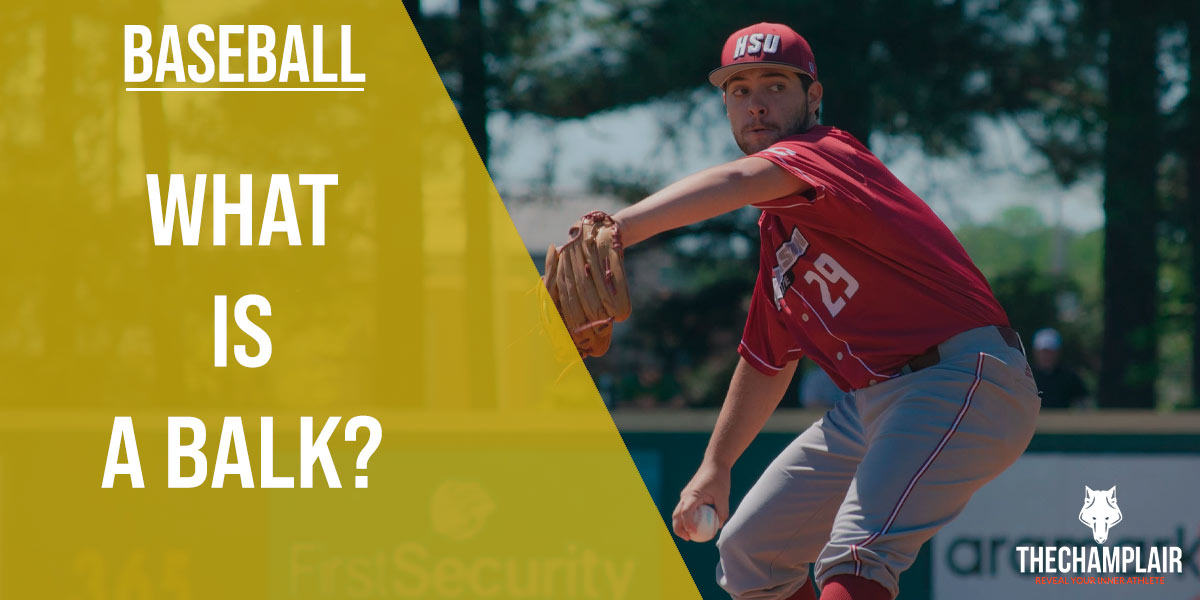 A pitcher trying to balk in baseball is probably as old as the game itself. As the sneaky customers they are, they will push the limits of what is legal.

At its very core, the art of balking is when a clever pitcher purposely tried to deceive the hitter and/or the runner. If the umpire believes whatever tactic they’ve used to throw you off the scent was illegal, you can call for a balk, at which point any players on base will be moved up, and the pitch will go down as a dead ball.

Should the umpires be on your side, of course. Trust me that isn’t always the case.

Whether it’s a deceptive pick-off attempt or an intentional drop of the ball to get ahead, try to think of it as the search for marginal gains. Sure, it’s not always going to make you the most popular player on the field but, in the heat of competition, you’ve got to find a way to win.

As someone who has been involved in baseball for more years than I’d like to mention, believe me when I say: the balk world is a varied one. There are so many slights of hand you’d sometimes wonder whether or not you’re facing up a pitcher or some kind of street magician, so it’s essential to stay focused.

Being on the receiving end of a balk will bring out the cynic in you; that’s a guarantee. After all, there’s only so many times someone can try and make you look stupid before you’re hardened to its folly and start to think the world is against you and your bat.

Sounds dramatic, but, seriously, you get used to it.

The history of the balk

The gist of the ruling was drafted way back in 1989 in an effort to stop pitchers going out of their way to deceive baserunners.

What is a balk? Well, it’s precisely that, to keep the balance of the game.

Prior to that, they could pretty much do anything, meaning the whole batting game had to be played at a much more conservative rate, making for a rather dull overall product.

Up until 2013, however, a pitcher was permitted to feint toward either the second or third base and then throw (or pretend to) to first base should his pivot foot disengage from the rubber after the first motion.

That rule has now changed to the joy of batters and baserunners all over the country.

So, what are the ways a pitcher can balk? (MLB Balk Rules)

While a balk is a violation (I’ve heard it called an awful lot worse than that when pitchers try their luck), it is common-place in baseball games. 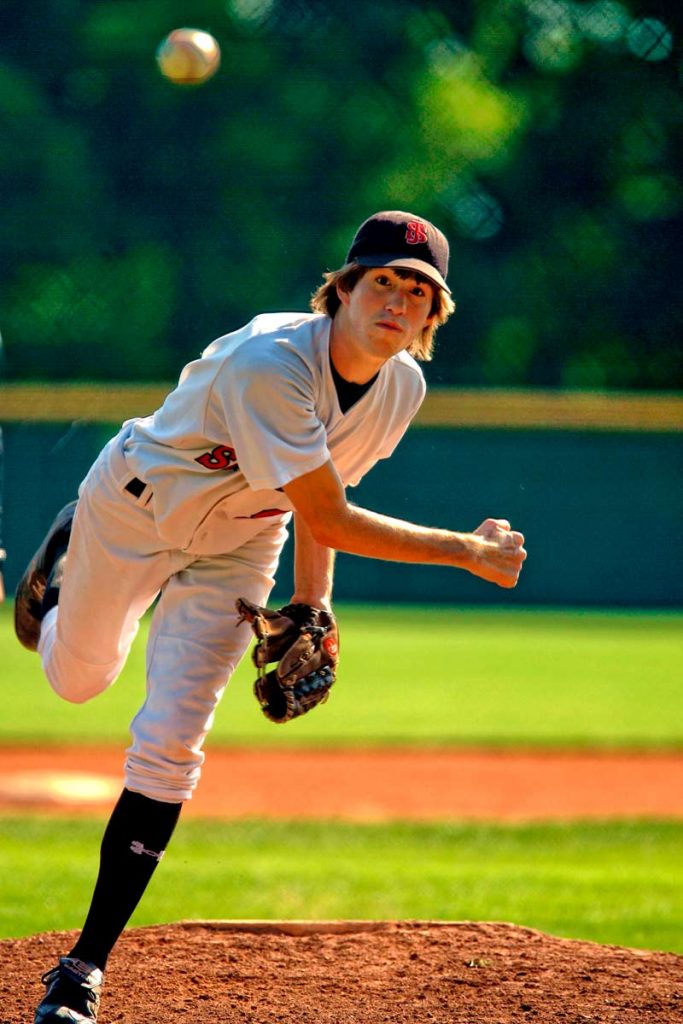 So, there you have it. Thirteen different ways someone can balk that are outlawed by the MLB’s higher-ups and then the age-old rules of sportsmanship across America.

What happens if and when a pitcher balks?

If a pitcher does break any of those sacred commandments above, all runners are brought up by a base.

In most cases, a balk will be thought of as a dead ball, and no players will be hit by an error. Indeed, the only risk you run by balking is your opponents being awarded a base or see a ball called in the event of having no runners in play.

Why is it a rule?

The main purpose of the balk rule is to keep the balance between runners’ attempts to steal bases and the defense’s attempts to retire them. While those sneaky pitchers might not like it at times, it’s definitely for the good of the game.

So, why would a pitcher even try it?

Clearly, it’s a risky strategy, but there has been a key example relatively recently.

Indeed, Kenley Jansen of LA Dodgers was worried the Cubs’ Jason Heyward on the second base was stealing pitching signs, so he took one for the team and balked in order to get him up to third base.

A clever use of the rules there and game management at its absolute finest.

Jansen isn’t the only famous example of balking, even if the practice is relatively rare in general across the whole game.

Rex Brothers of the Chicago Cubs was called for a balk twice when Michael Young was batting for the Philadelphia Phillies in 2013, a series of events that allowed teammate Domonic Brown to steal two bases. 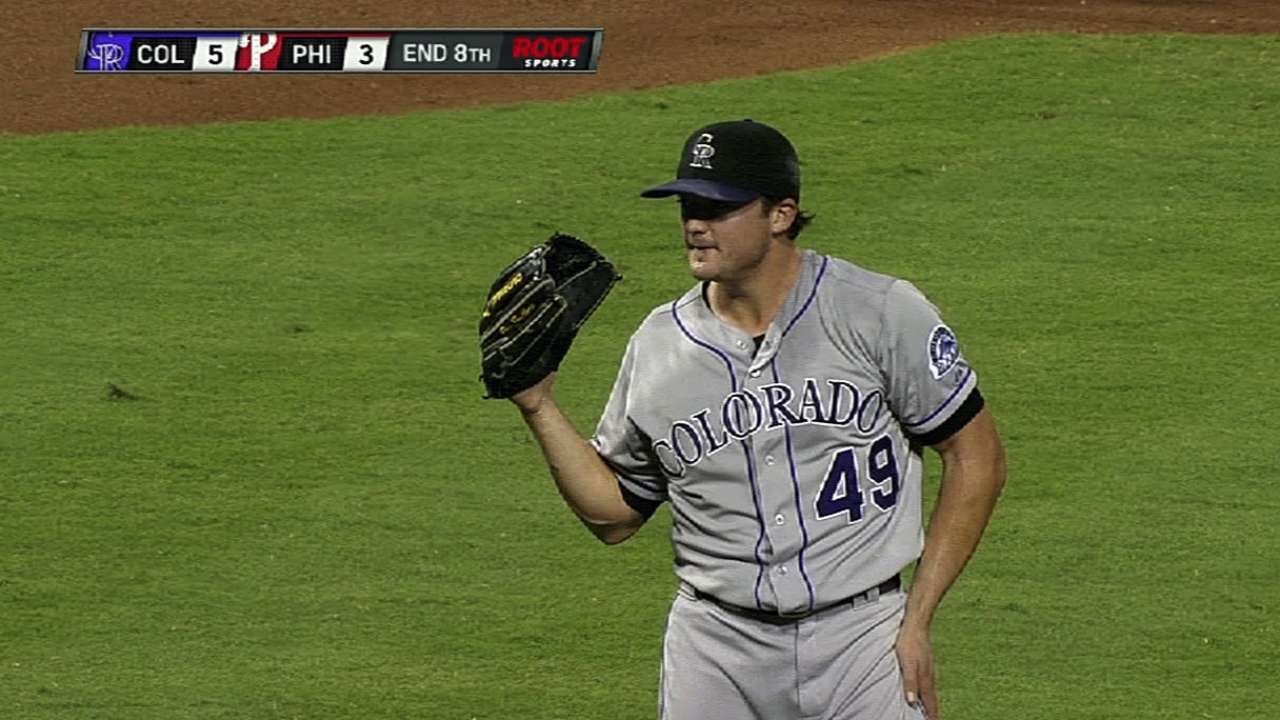 Mark Buehrle and coach Ozzie Guillen of the Chicago White Sox were both ejected from a game after dubious calls for a balk too!

Can you balk before setting?

The pitcher is not allowed to set or go into a stretch position. If they do, it will be considered a balk, often referred to as the ‘the stretch.’

When a pitcher fakes a throw to third base, is it a balk?

These days, it is. Sorry pitchers.

Thanks to the 2013 changing of the ruling that will now be a balk – much to the delight of runners everywhere.

Is it possible to balk from the windup?

In any windup position, if the pitcher fails to deliver the ball after making any natural movement, it will be considered a balk.

Is a balk a dead ball?

A balk is considered a delayed dead ball.

How Does A Coach Prevent Their Pitchers From Balking?

Any coach worth their salt will probably look to instruct their pitchers to try and remain in their set position for at least a second before they pitch. By doing so, that will at least help prevent balking.

Does A Pitcher Get An Error If There’s A Balk?

In most circumstances, a balk will only result in the penalty of the baserunners moving up a rung on the field, rather than any error being given to the pitcher.

Where can I get the official rules?

Well, hopefully, you’ll be an expert on balking by now, but if you really want to drill down into the language from the MLB, head over to the 6.02(a) section of their 2019 official rules.

So, as you can tell, balking is quite a rare event, but it’s still really important to nail down exactly what it is. Brought into the game to help try and keep the balance for baserunners, its impact has helped keep the overall product hugely exciting.

Remember, there are 13 ways in which you can balk, and it is ultimately the umpire’s call. In its event, there are no real penalties other than moving up through the bases. There aren’t many circumstances in which they are necessary, but the videos above have shown you that, when they do happen, they’re a perfect example of in-game management.

Soon, you’ll be able to spot a balk from a mile off. You’ll be your very own umpire, as fun as that sounds…

Basically, it’s just a way in which we get the best product possible. Without it, pitchers could pretty much do anything in order to throw off a batter, and, thus, they’d have to play a much more defensive game.

Umpires do have a difficult job considering just how quickly some of those pitchers release the ball, hence why there are thirteen commandments are there to help out.

Stick to those thirteen rules, and you’ll never be caught out again. Balking is bad. Try to keep on top of it, and those sneaky pitchers won’t be getting past you.