How To Play Best Ball In Golf? 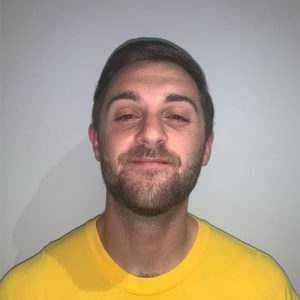 So, you’ve got the golf itch again.

In light of this, you decide to dust down the cobwebs strewn across the old man’s golf clubs in that dark, neglected corner of the garage that I’m pretty sure hasn’t seen the light of day in a while.

After seeing Dustin Johnson rip a 350 yarder down the throat of a par five fairway, with barely any backlift, you confidently convince yourself how easy it looks.

Oh, how the golf Gods are smirking at you already.

So you go to the local course, walk through your set-up, set the ball on the tee, look 400 yards into the horizon as you map out your ball path and hey presto, you top your ball with a combined distance of 5 yards.

Welcome to golf, ladies and gents.

Maybe it’s best to ease yourself back into it with a format that anybody can play?

Please let me introduce you to a game commonly known as the best ball format without further ado?

What Is Best Ball?

The Best Ball golf format is a game where players are grouped in teams of 2, 3, or 4, playing against rival teams during that round.

So, once each player has completed their hole, do they then add all of their scores together for a combined total?

This is where the magic and competitive spirit of Best Ball takes precedence.

All players from each team typically complete a hole as expected, but the scorecard will only register the player who’s hit the lowest score.

It makes it an excellent format for players of all abilities because if they’re new to the game and playing with someone who plays consistently, the team won’t be hindered by the high-scoring newbie.

Now you have a ‘rough idea of the best ball format (Get it? Golf? Hitting the ball in the rough? Nevermind); let’s hit that ball further down that fairway and find out how the scoring system works from a scorecard point of view.

It’s relatively easy to track the scores during a best ball golf tournament, as previously mentioned, but here is a quick example to help put things into a visual context:

As you can see, Player 1 from Team A shot a four on holes one and two, whereas Player 2 from Team A shot a six on hole one and a five on hole 2. Player 1’s scores will be noted as Team A’s confirmed score as they hit the lowest of the hole.

The lowest scores recorded on your team’s scorecard are the only scores that matter. Fortunately, if you score a 12 on a par 3, it’s irrelevant and quickly forgotten about just as long as your teammate scores lower, so don’t worry.

Although if you do find yourself hitting these numbers on a par 3, I suggest getting some lessons under your belt as soon as possible.

Once you’ve reached the end of the round, the team will tally up all of the lowest scores to calculate a combined total and compare it against the other groups.

Ever heard of allowances in golf? And no, this isn’t some allowance that’s associated with your parents giving you a set amount of money to replenish your stock of balls every time you play golf, either.

If you’re me, that would be a costly allowance too.

Players will typically take part when playing a best ball golf tournament as long as they have a registered handicap. Now, if you’re not quite sure what a handicap is, let me explain.

A handicap is a particular metric that helps measure a golfer’s ability so that games are played amongst those from all walks of skill level but on a level playing field.

In short, it’s an average score that a particular player will shoot during a typical game of golf. For example, if they hit ten shots over the course par, the player would have a handicap of 10 as long as they’re shooting this score on a general basis.

However, if this were me, I would probably have a modest handicap of 57, so I play golf on games consoles instead.

In regards to applying allowances to the best ball format among 4-person teams, the below is recommended by the USGA Handicap Manual in section 9-4b(iv):

Applying handicaps offers players with lower abilities to shoot better scores to keep up with more experienced players in their team. In conclusion, less capable players won’t sacrifice a great score if they score a disastrous few holes, which avoids causing an angry golf riff with teammates.

Other Useful Golf Articles
What Are The Different Golf Shots?
Best Golf Bags For Push Cart Users
How to Know Which Golf Club to Use?

In the golfing community, it’s not uncommon for players to interchangeably use Best Ball and Scramble when referring to the same rules or game. And yes, this makes it incredibly confusing at times, especially for novice newbies.

Being the nice guy that I am, I will differentiate both the best ball format and scramble format so that you have no issues when Gary from the local golf club wants to play Scramble when in fact, he means a game of Best Ball.

By now, you should be aware of the golf Best Ball rules, so we’ll drive straight into how the scramble format is played.

The confusion between Best Ball and Scramble is mainly because both formats are played in teams of two or four. However, there’s a big difference in how the rules are applied.

Although Scramble is also a team game, it differs from the Best Ball golf format in a specific way, as can be seen below:

Now you don’t have to listen to Gary’s nonsense anymore.

Match play is an exciting head-to-head format of golf that differs from the Best Ball format. It requires players to play against one another as a one vs. one or as teams.

However, unlike stroke play, the player who records the lowest score during a hole essentially wins and is 1’-up’. Alternatively, if both players draw the hole, no points are added, and scores are deemed ‘halved.’

To win the match play format, Player A or B must have won more holes than holes left to play during the round.

For example, if Player A is ‘3-up’ with two holes left to play, Player A will win that round – easy!

Stroke play is also a format that is quite different from match play and Best Ball. It requires each player to play against every other competing player within that tournament or round.

During stroke play, players rely on the lowest individual round possible as this is a game where tallies matter most.

Ultimately, the fewer shots it takes to complete a hole will give you the best chance of coming out as a noble champion.

Advice: Leave those triple bogies off the course and out your nose.

Now, if you want a fun high-scoring game, then look no further than the Stableford format. As always, the aim is to keep your score as low as possible, but with Stableford, there’s a twist.

With this game, each player must assign themselves a point depending on the number of shots they hit. The point system is as follows:

The player who has tallied the highest score per the scoring system is then crowned the winner – fun, right?!

So there you have it, a guide to what is best ball format in golf? I hope you enjoyed it and are now slightly more educated in the world of golf. Now grab some clubs and get to work!

Jordan Perrins
Jordan has a BSc in Applied Sports Science and has been an avid fitness freak since the beginning of time. He also has a peculiar OCD tendency where he must organise eggs in a carton so the weight is evenly distributed. He does this all whilst listening to his beloved hip-hop.