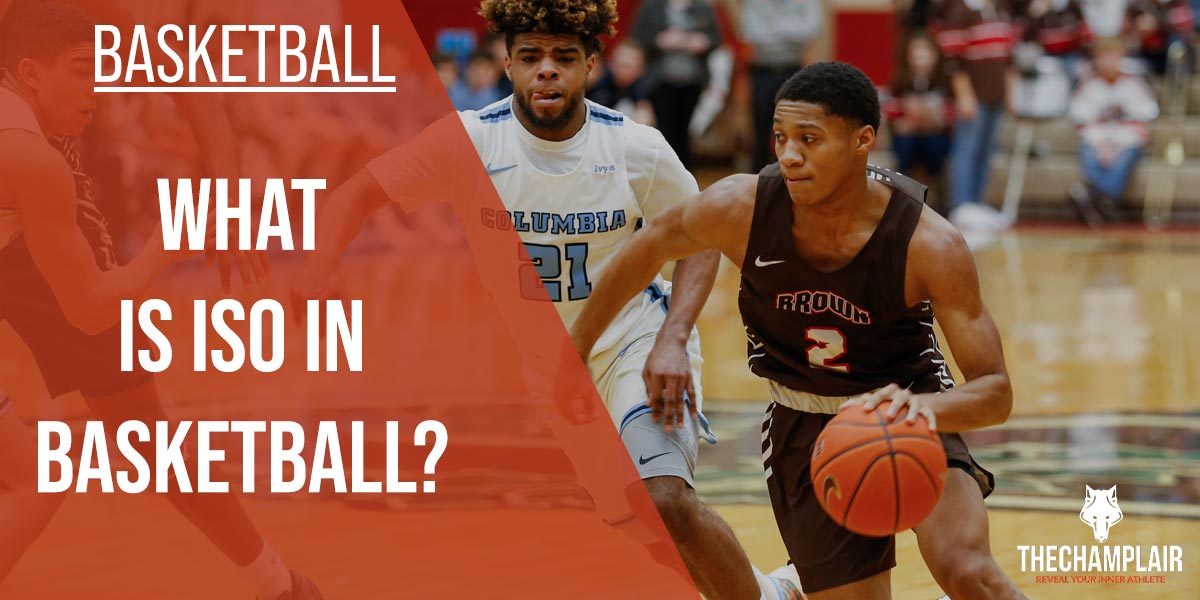 What does ISO mean in basketball?

We’ve all had that player on our team before in basketball. They get the ball at the top of the arc, face down their defender, and start dribbling. Their teammates move around, trying to get open or create space. But they keep dribbling and dribbling. Eventually, they drive, or pull up, or step back, but they are the only one who touches the ball, and the entire offense relies on them.

As a youth basketball coach, I can tell you that most coaches are steering away from plays like this, and the same is true in the NBA. But these types of plays, known as Isolation or ISO, will always have a place in the game.

How ISO Influences A Game?

ISO basketball is essentially when the offensive player goes one on one against their defender to try and get a bucket. ISO differs from most typical possessions in basketball because the offensive players aren’t setting screens, or trying to make cuts to the basket. They are clearing out to make space for the primary ball-handler, who is trying to simply beat their defender. Isolation is all about matchups. For example, if the player with the ball is a non-dribbling or shooting big like Deandre Jordan, you are not going to want to run an isolation set. But if you’ve got an elite scorer like Kevin Durant or Luka Doncic with the ball, and a weaker defender, ISO might be an effective way to put some points on the board.

There are many situations where isolation might be what a coach draws up, but the one that stands out as the most situationally significant would be off an inbound at the end of the game. When a team has to make a shot to win or tie, typically, you just find a way to get your best player the ball and hope that they can put it through the net. While some coaches like to get fancy with that, I’ve always found ISO to be the most direct route to a buzzer-beater.

Another time where you’d want to put an offensive player in isolation is when the defense simply can’t stop them. If one of your guys is going off, you got to feed the hot hand. When Kobe Bryant was torching the Toronto Raptors for 81 points in 2006, that’s a time where you feed your guy the ball, and let him go to work. That’s exactly what the Lakers did that game when Kobe took 46 shot attempts from the floor.

So if ISO is an effective call in these different situations, why is it falling behind as a preferred way of running an offense in the NBA? The answer to that question might lie in the success of the Golden State Warriors dynasty.

ISO in the NBA

The Warriors succeeded as a team that lived and died on the three-ball. Their offense was centered around off-ball screens to free up their shooters, quick passes, and a team-oriented approach. This approach did not rely heavily on isolation, as according to NBA.com, the Warriors consistently ranked in the bottom 5 in the league in percentage of plays using isolation during their run. With this approach, the Warriors reached the apex of the sport. They won three championships and played in five straight finals. This showed people that perhaps in the new era of basketball, where three-point shooting is king, isolation will hold you back.

Right now, when you think of isolation basketball, one player should come to mind: James Harden. Following in the footsteps of some of the great scorers who have come before him, like Allen Iverson or Kobe, Hardens’ game is predicated on beating his defender one on one. In the 2019-2020 regular season, a whopping 45% of his possessions were isolation, according to the NBA. This was by far the most in the league, with the second place player, his teammate Russell Westbrook, running 25% of his possessions in isolation.

In terms of team success, Harden and Westbrook, two isolation heavy scorers, have lagged behind many of their peers at the top tier of the league. LeBron, who only ran 17.5% of his plays out of isolation this year, or Kawhi Leonard, who only ran 14.7%, both stand as championship-caliber scorers who base a lot less of their offense on isolation.

It isn’t just Harden who runs ISO in Houston though. That is simply the scheme that coach Mike D’Antoni prefers to run. The top three qualified players this year in terms of highest percentage of isolation possessions were all on the Rockets, and the same was true the year before. Perhaps, this is why Houston hasn’t made the NBA finals in recent history, because of their overuse of ISO basketball.

This isn’t to necessarily say that isolation is a bad thing, it is just a weapon that coaches should be careful about how they use. Isolation is something most high-level scorers feel comfortable with, but coaches should curb this tendency to maximize the effectiveness of it.

If every time the ball comes up the court, the offense runs through one player trying to beat his man, the defense will key in on this. They will relax their coverage on certain players, send help, swarm the ball handler, and the offense will be predictable. The last thing you want is for your team to be predictable because whether you are a player or a coach, this will only help your opponent.

If teams know when they should run ISO, it can of course be a deadly weapon. When a team is passing the ball a lot, running a lot of team-oriented plays, and then all of a sudden clears out for one player to put his defender on an island, it is effective. The goal of an offense is simply to put the ball in the basket with as much efficiency as possible, and isolation can play a role in that. An example of a team that efficiently ran ISO this year is the San Antonio Spurs. While they only ran ISO 5.6% of their plays, which was 19th most in the league, they led the league in field goal percentage out of isolation.

How To Be An Effective ISO Player?

Learning how to effectively use isolation is essential for every player. To be an effective isolation scorer, there are a few helpful tools. For one, it is absolutely vital to have a tight dribble and a usable off-hand. ISO is all about beating your defender off the dribble, and either hitting them with a pull-up or step back or any other type of jumper or driving to the rim. In order to keep defenders honest, you have to be able to actually finish with either hand, or defenders will simply funnel you to your off-hand and impact your shot.

Another extremely important key to success at ISO ball is situational awareness. We all hate that player chucking up fall away midrange after fall away midrange when every shot they’ve taken has clanged off the iron. If your defender is locking you down, and your shot isn’t falling, change the way you’re playing. Swing the ball around, look for open teammates, keep the defense honest. You can move around, set screens, make cuts, and fight for boards. The offense doesn’t have to be flashy, and turning a nice cut into a layup is a great way to get going. By doing this, you are setting yourself up to surprise your defender with an ISO possession when the time comes.

To be a well-rounded basketball player, you need to be capable of attacking the defense in a variety of ways. ISO is extremely important on plays late in shock clocks, off in bounds, and when one guy has the hot hand. Knowing how and when ISO should be used is a must for any great player or coach.

Whether you are playing or coaching in the NBA, or simply enjoying a rec league with your friends on the weekend, it is important to know how to play as a team. Every player must understand when it is time to step up or step back. This is what separates the goods from the greats. While LeBron James has taken many game-winning shots in his career, he also knew when it was time to step back and let Kyrie cook against the Warriors. While Michael Jordan relied heavily on ISO, he also gave up the ball for Steve Kerr against the Utah Jazz.

So what is ISO in basketball? ISO is about one player facing off with his defender and doing whatever he can to beat them to get his team a bucket. It is a way of playing that can be both deadly effective, or dangerously detrimental. It is a style of offense that is falling by the wayside but can never entirely leave the game.