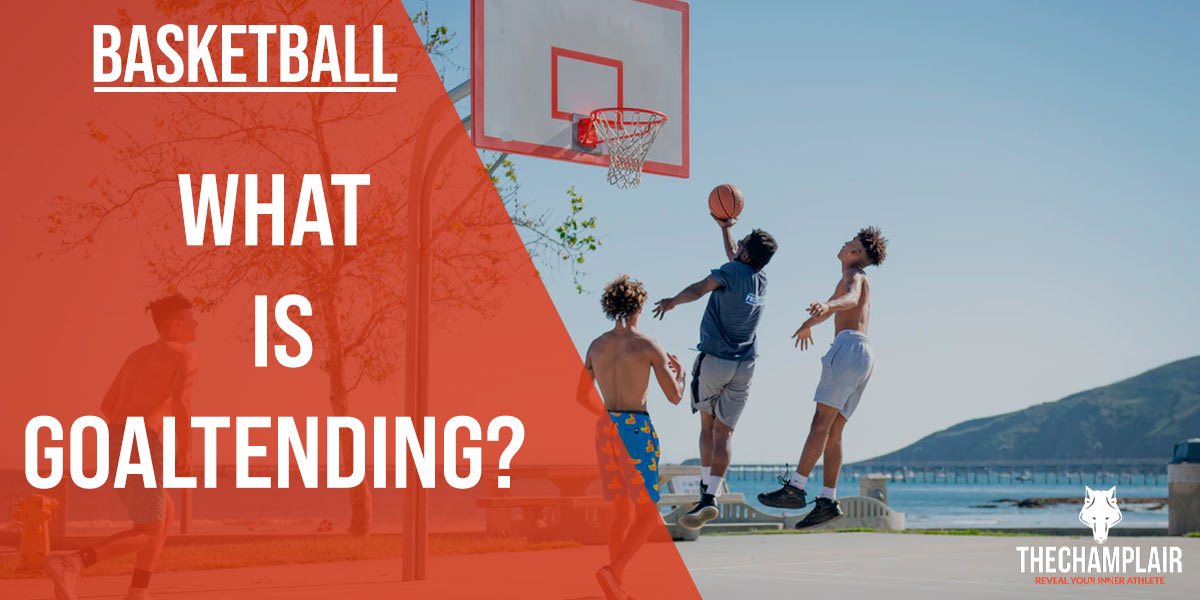 Goaltending is one of those rules in basketball that leaves many players confused, old or new. But keep reading, and you’ll develop a solid understanding of the rule.

So, what is goaltending?

The act of goaltending is when a player in the game intentionally or unintentionally interferes with the ball during its downward motion on a field goal attempt. It is defined as a violation and results in either two free throws or one free throw and possession of the ball.

Goaltending refers to the act of interfering with a field goal attempt when the basketball is in its downward trajectory.

A goaltend is a call that you’ve probably heard from a referee if you’ve watched enough basketball. The announcers may have also discussed it, commenting how bad it was for the defender to make that sort of play.

In this article, I’ll take you through what exactly is Goaltending, why goaltending is a violation,   the different rules in the NCAA, NBA, etc. 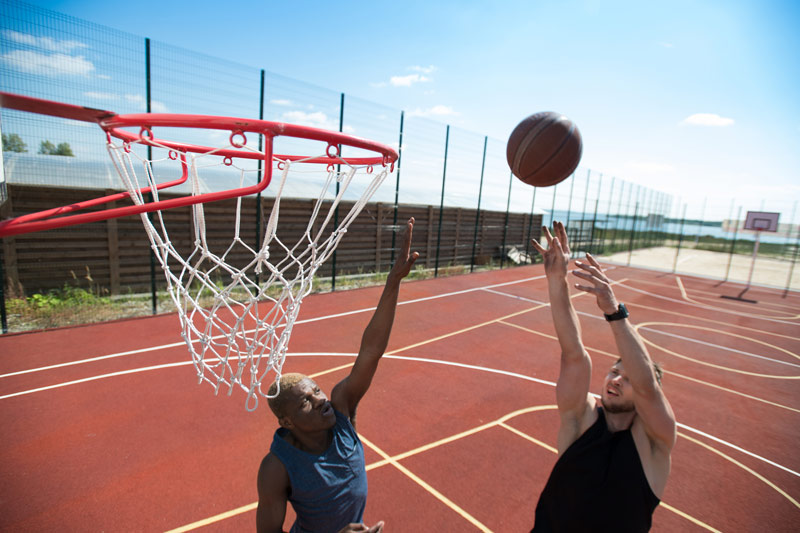 How Does A Goaltending Violation Occur In Basketball?

According to the NBA Goaltending Rule, it is prohibited for a player to touch the ball or the goal during an attempted field goal. It is possible to goaltend in different ways.

The NBA goaltending rules prohibit these actions that lead to a goaltending violation as follows:

It is important to note that these rules only apply when a player attempts a shot and the ball has left his hands. Dunking and lay-up attempts do not fall under these rules.

What Is The Penalty For Goaltending?

The offensive player’s team is awarded the appropriate points if the defending team committed the violation. A two-point attempt gives them two points. In the case of a 3 point attempt, they score 3 points.

If the defending team violates the rules during a free-throw attempt, the attacking team receives 1 point, and the player receives a technical foul.

For many of us who are unable to get above the rim, we’ll never have to worry. However, we are still susceptible to being violated by the other team in a game. So, you must be aware of the technicalities of the violation. 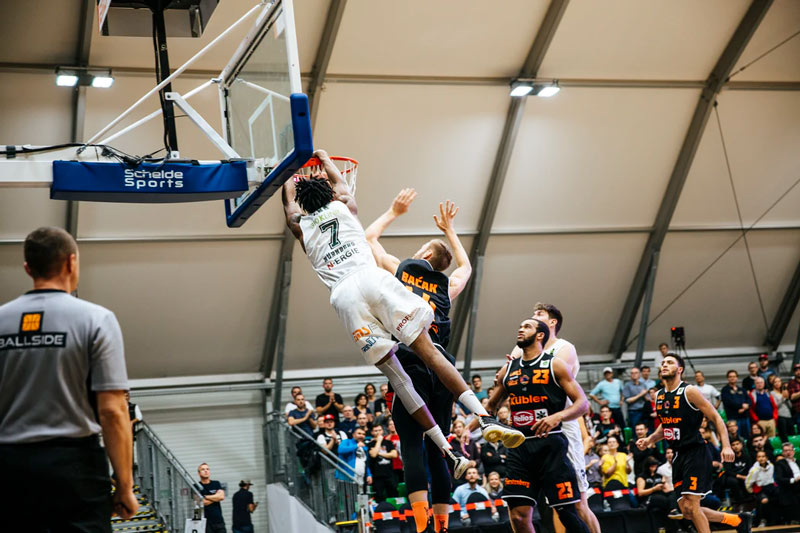 Basket interference and goaltending are so closely related to each other yet different. The confusion between the two is natural since even in the NBA, goaltending rules mention both in the same rule no. 11.

However, there are some critical differences between them both. And here are some example situations to help you understand better –

The key difference is that a goaltending violation occurs when the ball is in its downward flight after a shot or after bouncing off the backboard.

I hope these examples helped you paint a clear picture in your head. If not, don’t worry. Even if you get these two rules mixed, there is nothing to lose since the penalties for both remain the same.

Take a look at this video by the official’s institute if you’re interested in some practical examples:

Another question that basketball enthusiasts have asked me is, “What is offensive goaltending?”

The answer is that offensive goaltending is the same as basket interference.

So, when you see a shot has been taken, and now the ball is on a downward arc, with a chance to go in. If at this point, a defensive player touches the ball before it has entered the imaginary cylinder above the rim, it is an instance of offensive goaltending. 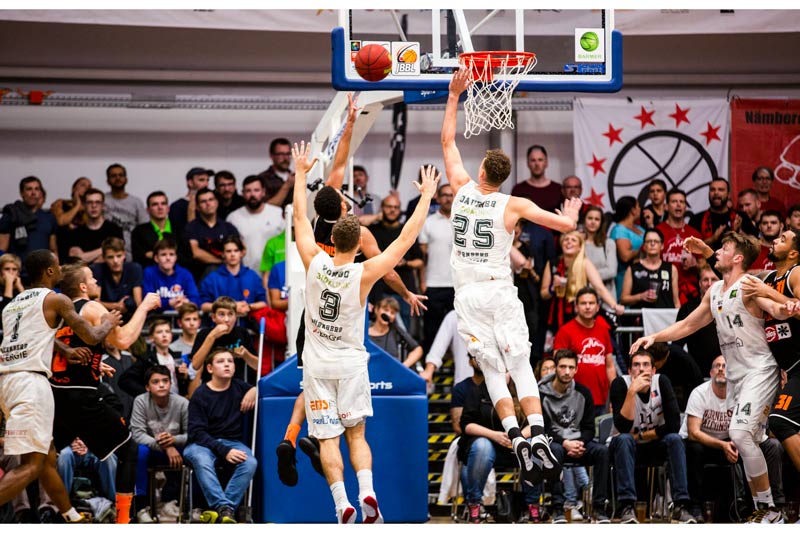 But relax, I did the hard work so you won’t have to. Here’s what you need to know.

Interfering with a free throw while it is flying towards the basket is termed goaltending according to high school and NCAA goaltending rules. When goaltending interferes with a field goal, the shooting team will be awarded the points for the field goal.

Both the NCAA and NFHS rules say that it is legal to touch the ball after it has touched the backboard and is on its way up. When it is on its way down, the referee has to judge the situation.

To make it easy to remember, keep in mind that in a high school game, if it is going up, it is legal. If it is going down, it is illegal. The basket ring level will not matter here.

Why Is Goaltending A Foul In Basketball

How Does A Goaltending Violation Occur In Basketball?Even good shot blockers will get caught once in a while goaltending, but most players can avoid it.

Although the rule aims to create an even playing field and prevent viewers from being frustrated, it is often a source of controversy.

So, why does it exist?

The goaltending exists to ensure all shots have the same chance of going in, meaning that taller and more athletic players will lose the advantage of shooting above the rim. If this rule didn’t exist, all your shot attempts could’ve been easily thwarted by the tallest players. That wouldn’t have been fun, right?

But guess what? That is precisely what was happening when the rule was first implemented in the NCAA in 1944. It was later adopted by other leagues as well.

The rule was enacted due to the 6’10” George Mikan, whose height and physical ability made it easy for him to jump up and snag anyone’s shot. It had never been considered since people aren’t as physically imposing, and violations are almost impossible before.

Since then, basketball has significantly benefited from this rule. In the 1960s, when players such as Wilt Chamberlain and Lew Alcindor (now Kareem Abdul-Jabbar) began playing, basketball evolved into a sport dominated by tall, athletic players who would have had a field day under the basket.

In light of the ease with which taller players could frequently block shots, this evolution would have harmed the game and lost fans’ interest. 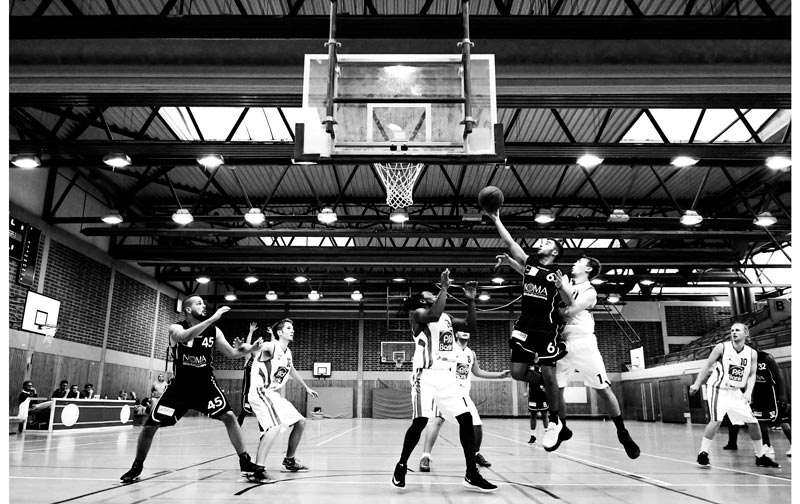 What Are International Goaltending Rules?

Get ready to note some more differences in basketball rules. Yes, the rules for international basketball games are slightly different from American basketball.

Which competitions do these rules apply to? Competitions such as the Basketball World Cup, Summer Olympics, or international basketball leagues. These competitions fall under the jurisdiction of FIBA.

So, how different are the rules? Well, not a lot. The basic principle remains the same – any time you make contact with a ball while it is on a downward flight, it is a violation.

Free throws are also subject to the above rules, but only if it’s the last free throw. 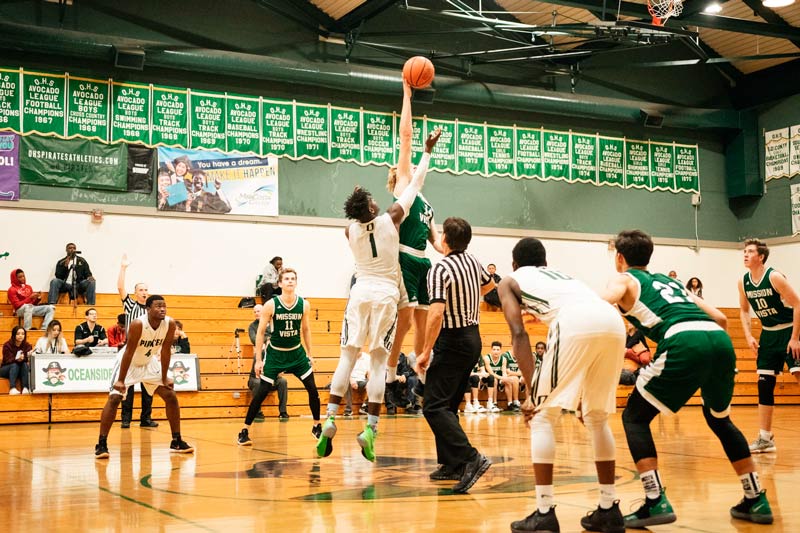 Without goaltending, the game of basketball might not have been as competitive. Tipping the ball over the rim would’ve replaced traditional blocks, and every team would’ve missed the extra points. In fact, we would’ve been evaluating the centers’ effectiveness by their ‘goaltending’ heroics.

Basketball tournaments, high school games, or NBA games wouldn’t be the same without the goaltending rule. It is what keeps the balance between the offending players and the defending players.

I hope my article helped you develop a solid understanding of the rule. Cheers!