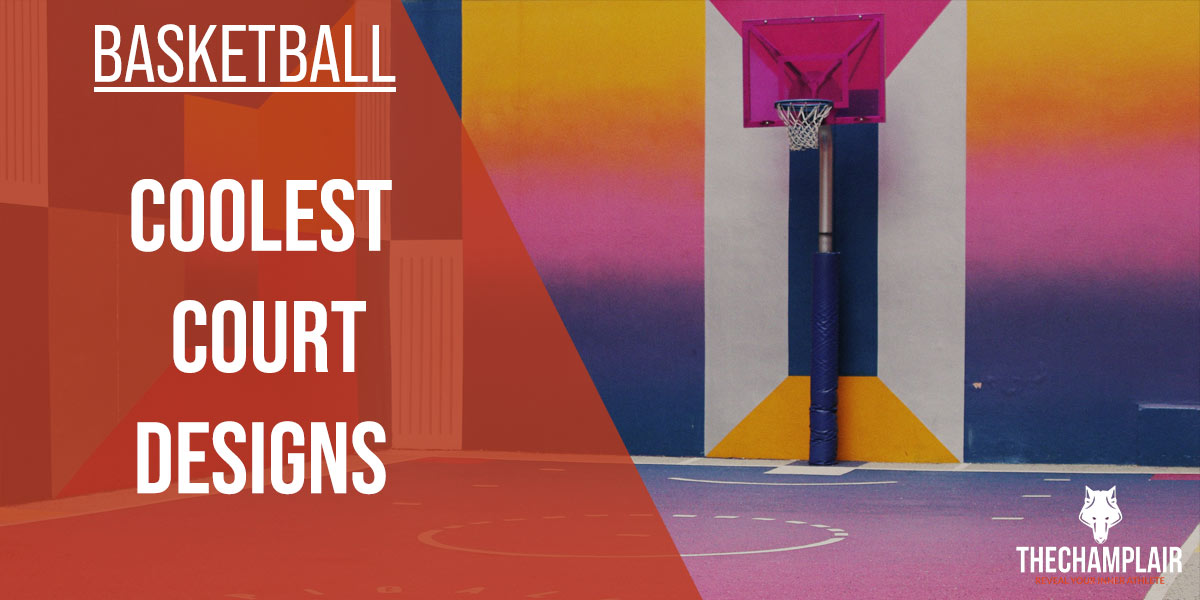 Pretty much every single facet of basketball is thoroughly dissected by fans across the world.

Whether it’s a player’s performance, their footwear, the celebrities in attendance, or a coach’s decisions (I’ve seen your tweets), anything to do with balling is discussed often and loudly in the media and beyond.

So then, why do we take the courts themselves for granted?

Well, the truth is, while most of us do, some very clever people don’t.

With so much attention paid to the game itself, shouldn’t we step back and look at, you know, the court? It’s the canvas on which so many famous artists have pained pretty pictures with the pill, but so many of us overlook it.

I’ve been guilty of it too.

Getting so engrossed into a game you desperately want to get interesting for your team (I support the Knicks, so yeah…) that tunnel vision sets in, and you forget the basics of what you’re watching.

Luckily, there’s been a growing trend in college basketball to have emerged relatively recently. Ah, the pure product, away from all the noise, what joys it can bring.

Many teams have decided to give their hardwood the old ‘Pimp My Ride’ treatment to bring a unique feel to their home games, and it’s something I pray we see rolled out more in the NBA.

Yes, I know, advertisers and all that might get a little annoyed, but can’t we be a little romantic about the idea for a minute?

So, without further ado, let’s have a little fun with it.

Here are the ten coolest college basketball court designs in the world in 2021.

One of the most brightly colored court designs has to be Florida International’s sunshine on center court.

With shades of green palm trees and splashes of bright blue water, you’ll be desperate to hit the beach as soon as the game is over.

College basketball goes tropical, and even the Panthers’ sometimes garish looking logo fits in well to this homage of the area.

A court design from the mind of Paddy Hardaway, Memphis’ fairly new court is instantly recognizable.

Pretty much the entirety of it is an attractive lighter shade of blue than their badge until the mid-range area exposes some pretty sleek classic hardwood.

Both lanes don a tiger-like pattern, and the baseline is an all-capturing deep blue.

All The Spartans are missing here is Gerard Butler himself.

San Jose State have channeled their inner Spartans here by having images of the historic warriors painted across the court.

Sure, it might sound a little over the top, but the court design is actually done really well.

We’re allowed to have a bit of fun, right?

Unveiled in 2015, the Norse brand is on point here. And then some.

A massive Viking ship passes through the court like something out of Game of Thrones, supposedly representing a rise through the seas of Northern Kentucky athletics.

It’s a pretty serious court design and one of the best-looking in college basketball.

A newly renovated center, this court design is, for lack of a better word, fire.

Orange seats (fifteen thousand strong) are offset by a classic court design with some sleek hardwood and some bright blue baseline lettering, all making for quite a feast for the eyes.

Other Useful Basketball Articles
Best Quick Hitter Basketball Plays When Time Is Against You
Best Indoor Basketballs
What Positions Did Michael Jordan Play During His Career?

Court designs always look great when they incorporate landmarks of the city around them.

Well then, what better place to do that than Las Vegas?

Designed back in 2017, some of Sin City’s most iconic buildings rise from the baseline like it was the desert surrounding Nevada.

Las Vegas has seen many rebels over the years, and now these Rebels are paying homage.

Quite nice when you think about it.

Yes, the rumors are right. There are three pick-axes in the court design at the University of Texas-El Paso.

The University of Texas court design is inclusive as it is interesting, with the opposing axes representing both the male and female teams and the one in the middle as the team’s logo.

Less invasive on the eyes than the Chicago orange we mentioned earlier, this is one of the coolest basketball court designs out there.

The Colonials’ home is another to conjure up images of its famous wider area in the court design.

Instaled back in 2013, the White House, Capitol Hill, and the Washington Monument are painted across the court and, while that sounds like a lot, the artwork has a really classy finish.

Rich in the American capital’s history, the Charles E. Smith Center is one to look out for.

The Grizzlies’ center court is a throwback to basketball’s asphalt days and the USA’s only all-back playing surface.

Devised in 2014, its design is as sleek as it comes and looks great when put under any Instagram filter available.

These days, isn’t that all that matters?

Fuming about today’s generation aside, Oakland really got it right here.

If someone described Notre Dame’s design to you, you’d probably cringe out a bit.

However, the Fighting Irish’s giant shamrock in the middle of the court is flanked by a two-tone blue exterior, deepening the mood for players and spectators alike.

Across college basketball, it is THE stand-out, relatively new court.

While a few of these new courts existed more than ten years ago, the boom since 2011 has been remarkable.

The coolest basketball court designs are there to bring the crowd in and totally immerse yourself in everything involved with the home team.

I think we can all agree these designs do exactly that. 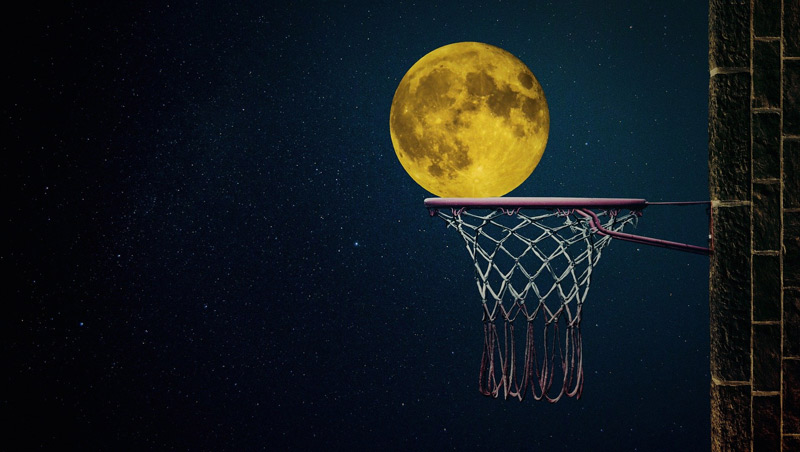