What Are Hanging Leg Raises Benefits?

Hanging leg raises, especially with straight legs, are probably among the most hated ab exercises out there. They are very challenging and don’t burn belly fat like some people would have wanted.

Well, a small secret – no ab exercise burns belly fat effectively and quickly enough to reveal your six-pack. If you want to get ripped, then control your diet.

Still, they have a bunch of benefits for ab training. Read on to find out more!

The first benefit of hanging leg raises is ab development. In fact, they appear to be one of the best exercises for working out the abs.

Back in 2001, the American Council of Exercise (ACE) conducted a study to evaluate the effectiveness of 13 ab exercises. To measure muscle activity, researchers used electromyography.

Among the most effective exercises for rectus abdominis (the long and flat muscle covering the front of the abdomen) were (in descending order of effectiveness):

Among the least effective exercises were the Ab Rocker, exercise tubing pull, and the traditional crunch.

The main difference between the two movements is the equipment. A hanging leg raise is done while hanging (duh) from a pull-up bar, while captain’s chair straight leg raises are done in a captain’s chair.

Although there probably are some differences in how the upper body is loaded in the two exercises, it’s safe to say that the two leg raise variations are identical in terms of their ab impact. Well, as long as you do them correctly.

Another important thing to note is that although exercises (like crunches on an exercise ball) load the abdominal muscles relatively weakly, they don’t load the thighs and thus allow for a more focused ab workout.

The ACE also evaluated the effectiveness of the same 13 ab movements in strengthening the obliques. In this category, the captain’s chair was the most effective. The top 5 movements for oblique training are:

And among the least effective exercises for obliques are the Ab Rocker, exercise tubing pull, the traditional crunch, and the Ab Roller.

It’s also generally thought that hanging leg raises work the lower abs, but this aspect wasn’t covered in this study.

Study supervisor Dr. Peter Francis recommends picking several high-performance exercises and using them to train the abs. When choosing exercises, follow your preference – if you don’t like some exercise, then you, fortunately, have other options to choose from.

Aside from your abdominal muscles, hanging leg raises can also develop your hip flexors.

Now, raises certainly aren’t the best exercise for hip flexors – if you want to specifically strengthen your hip flexors, then you should do other exercises like lunges or mountain climbers.

However, if you have really weak hip flexors, then perhaps hanging leg raises could help you with the initial strengthening of this muscle.

Some people may argue that the fact that hip flexors work in leg raises is actually bad for the effectiveness of the exercise. Hip flexors are fairly strong muscles, and they can take away much of the load from your abs.

Well, this is indeed true, but the ACE research has shown that captain’s chair raises are very effective at strengthening the abs. With that in mind, the engagement of hip flexors doesn’t make this exercise bad or less effective than other ab movements.

HOWEVER, tight or overly strong hip flexors could lead to lower back pain, so you should make sure that your routine is balanced. 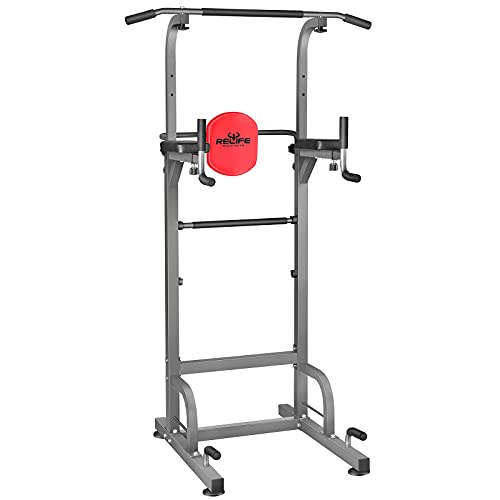 Aside from working your abs, hanging leg raises are also very demanding on stability. If you want to get the most out of this exercise, you will have to perform it correctly.

Correct form for this exercise involves bracing and keeping your core stable. The stability demands of raises are especially evident when comparing them with captain’s chair raises.

In captain’s chair raises, your upper body is supported by a backrest, significantly assisting you with keeping your body stable and minimizing momentum.

Hanging leg raises don’t have this luxury. To stabilize your body, you will have to rely only on the strength of your upper body and core muscles. This is actually one of the factors that make them extremely demanding.

With that in mind, hanging leg raises are probably much more useful in gymnastics and calisthenics-like movements.

Finally, leg raises can help you improve your grip strength. If you are struggling with pull-ups precisely because you have a weak grip, then hanging raises may be able to help you.

But in my experience, improving grip strength isn’t too challenging. Regularly doing pull-ups or leg raises should allow you to significantly strengthen your grip in no time.

Earlier, I’ve mentioned that captain’s chair raises are very similar to hanging raises. Well, if they are so similar, which one should you perform?

The answer depends on your preferences and goals. Hanging leg raises would probably be much more suitable for gymnasts and those who practice calisthenics.

However, no matter what your training goals are, I would advise that you incorporate them into your training routine. This is a great movement for abdominal muscles, and anyone who is regularly training at the gym should be able to do it.

I should also outline the differences between hanging straight leg raises and captain’s chair raises. There are two key distinctions:

All in all, captain’s chair raises are easier and allow you to better focus on ab training.

However, if you perform hanging raises correctly, then you should achieve no worse results. But you will need to do the movement correctly without allowing your legs to swing. Your movements should be slow and controlled.

Although they are super-effective at strengthening abdominal muscles, they will not burn belly fat.

If you want to build ab strength, then exercises like hanging raises or ball crunches will help you. However, if you want to make your abs more visible and refined, you have some serious work to do in the kitchen.

What are hanging leg raises good for?

They are excellent for building the abdominal muscles. The effectiveness of this exercise at strengthening the abs appears to be excellent.

Aside from that, hanging leg raises could help you somewhat strengthen your hip flexors, though there are better exercises out there for specifically developing them.

Finally, they can also help you improve your hanging strength.

They work the following muscles:

Are hanging leg raises bad for you?

Tight or overly strong hip flexors could lead to lower-back pain. Doing hanging leg raises won’t necessarily cause lower back pain, but it’s possible if your training program is unbalanced.

How many hanging leg raises a day should I do?

It’s difficult for me to give specific recommendations because people are built and react to exercise differently. You should probably start with 5 sets of 10 and see where it takes you.

In the end, the hanging leg raise exercise is excellent for ab strengthening. It is fairly challenging, but you should at least try them and see how it works for your needs. If you can’t keep your legs straight, then start with hanging knee raises.

But remember – no ab exercise will make you ripped on its own. You should rethink your diet if you want to get a six-pack.

Related Posts
24 Best Leg Exercises At Home
5 Methods To Do Leg Curls Without A Machine From Home
The Spiderman Stretch – Fitness How-To Series
Kyla Clark
Kyla Clark writes about healthy living and fitness. She holds a Master's Degree in Physical Activity for Health which she obtained at the University of Edinburgh. Kyla has been working as a freelance writer for three years.