Lululemon vs. Athleta – What are the Differences?

Have you ever sunk into a deep lizard pose during an early morning stretch? Hips open; elbows down, then before you can even fully exhale: rip! Straight through the crutch. I know, I hate it too. Yoga is no joke. You spend so much time trying to bend into the positions of a pretzel; then, the slightest distraction breaks your form – especially one in the you-know-where.

Throughout my years of instructing classes, I’ve concluded that fitness brands just don’t get it. They either make the perfect fit for only a single size (petite) or go too thin to accommodate us all. Athleta and Lululemon seem to know the trick, though. These are by far the top two brands in the game right now. Yet what makes them so unique? It’s a mix of a few things like fabric, quality, and overall design.

But don’t be fooled. Although the two brands share similar prospects, they are very different beyond the store doors. Here’s why.

How It All Started

Athleta started in the late 1980s as a light for women in the fitness industry. The old trend was to “shrink it and pink it,” a common practice with many earlier clothing companies like Nike. And yes, it worked exactly as the phrase sounds. What was the problem?

Imagine being on the curvier side and wearing boxy, low cut shorts for a race. Or even worse, being stuck wearing shades of pink just for the sake of calling your outfit “feminine.” I’ll have to admit; the feminist movement made tremendous strides during that time when women still weren’t considered part of the spotlight, but it wasn’t ideal.

So in stepped Athleta – one of the first authentic women’s sportswear brands on the market led by the females who themselves had to put up with uncatered attire. A band of yogis, cyclists, weight lifters, and pretty much any other sportswoman you could think of joined up to create a revolutionary enterprise. And throughout the decades, the company strived to ensure that no woman was left to wear uncomfortable and unfit clothing. From sports bras to the best leggings, to tees and even denim, Athleta covered them all. It’s no wonder that they go by the slogan “The Power of She.”

But after a rough run in the early 2000s, the company made a shift. Now owned by Gap Inc., Athleta lines are stronger and more popular than ever. Their social women’s campaign made a hit during the Trump-Hilary elections of 2016 and caused their sales to more than triple. You’ll find even their employees walking around in athletic attire within the stores. Talk about marketing strategy.

Part of the hype about Lululemon comes from its eccentric company founder, Chip Wilson. As of 1998, Wilson and his team have dedicated years to curating clothing lines for the highest-end athletes around. I know you’re still wondering, “how did Lululemon get its name?” The talk of the internet is that Chip’s strategy came from his idea that the Japanese struggle to sound Ls. Somehow, the craze would keep the brand’s name on everyone’s tongue – and he was right.

Initially founded in Vancouver, Lululemon claims to be more than just a major clothing store. For many, it’s also a haven where fitness enthusiasts can find support and extend their community. It’s not often that you find a company with a genuine interest in building up its customers – men and women alike.

Among other reasons, Wilson’s free-spirit and unusual humor have managed to create a worldwide brand more specifically known for its focus on yoga-style or hippie-themed outfits. Interestingly, his first products were tested on yoga instructors and learners to get the most accurate idea of what Lululemon leggings should portray.

What Do They Offer

While both brands support athletics, they dominate in different rights.

Athleta’s purchases are mainly based on women’s sports clothing, although they offer child-friendly styles and sizes. Visit its stores on any given day, and you’ll be glad to find a range of options in basic exercise apparel and accessories. But get in on this: Athleta also has a street clothing line for days when you’re feeling a bit more casual than aggressive. It happens.

Like I mentioned before, Lululemon narrows down a bit more in its options for the women. Most of the designs cater to yoga lovers and leisurely gym members. But don’t be surprised to find a wider variety of activewear and casual clothing in the men’s section.

One of the things I love about Athleta is its inclusivity of all shapes and sizes in its lines. Petite? They’ve got you. A bit more on the heftier side? No problem. And there’s no way they’d consider the two ends of the spectrum and leave out more regular measurements.

On the other hand, Lululemon only accommodates athletes who’ll fit within size 0 and 14 – what translates to their version of XXL. But given their target audience, it’s doubtful to find a top performer outside of that range.

Athleta leggings tend to fit more snugly than those from their competitor. Generally, sizing varies based on the material and design of activewear. Bamboo and cotton blends are excellent choices for long-lasting, moisture-absorbant, and breathable yoga pants. But Lululemon’s signature Luon fabric can give an even comfier touch to your workout. The design might be for yoga but trust me when I say these are great for getting moving.

“Why is Lululemon so expensive?” That’s the consensus, but it’s only because of the research and materials that go into making elite-level exercise apparel. Every Lululemon outlet has stocks of fitness clothing that check out in their Canadian Whitespace Laboratory.

That said, you’re more likely to come across an Athleta sale nearby. Though their prices aren’t exactly low, I wouldn’t consider Athleta overpriced.

Both Lululemon and Athleta are globally known – thanks to the internet. The reality is that these companies, though successful, aren’t as widespread as you’d think.

Athleta stores are only within the United States, and even so, their online stores don’t support international purchases. In recent times, Gap Inc. has itself been going through the motions in their mall-sourced profits. The organization seems to be taking precautions with the level of extensive investments they’re willing to make with Athleta. The sports brand might just be one of its last financial resorts.

Meanwhile, Lululemon outlets score across the entire continent with locations in both the U.S. and Canada.

Can you guess who’s on top of the popularity charts now? 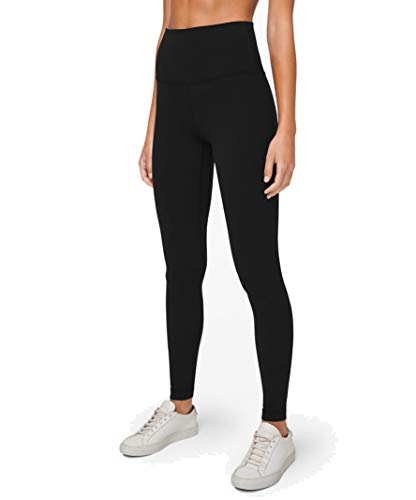 Which is Better - Athleta vs. Lululemon?

When it comes to which is better, it’s a close call. Take another look at the pros and cons of either sportswear brand. 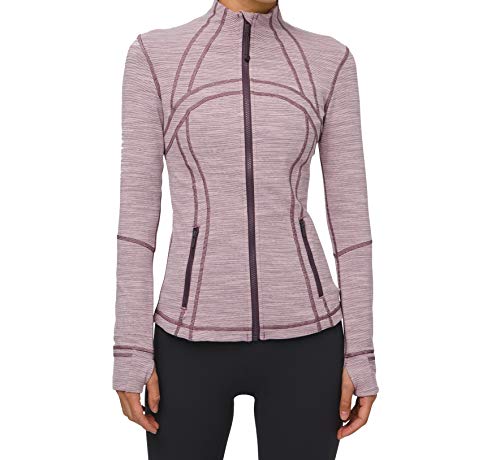 In many ways, Athleta is a lot like Lululemon, but personally, Lululemon’s dedication to quality apparel has me sold. But the decision is yours. Either brand presents a fair bargain. Quality comes before pricing, and sometimes community matters too. The most crucial factor to consider is your interest. Remember, not everyone can afford high-end clothing – or fit into it. But no guy is going to walk around in women’s exclusive outfits either.

Enjoyed a good sweat in either brand yet? Share your experience with us in the comments.

Jessica Carter
Jessica is an AFLCA certified personal trainer and holds a Masters degree in physical therapy from the University of British Columbia. She has been working in the field for 5 years and writes as a freelance about all things fitness related.