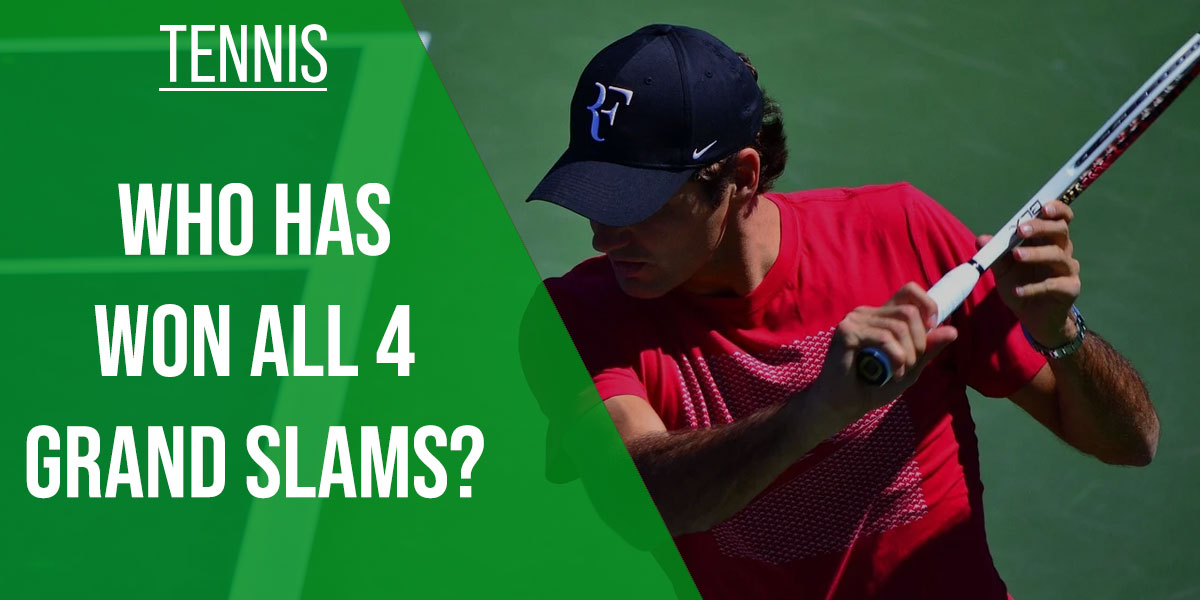 Tennis Players Who Have Won All 4 Grand Slams

Winning all four Grand Slams is considered a huge achievement in tennis. It not only shows the skill and consistency of a tennis player but also offers ranking points, media attention, and prize money.

Besides, the four Grand Slams are won very rarely within a single calendar year, so this event has always been hugely celebrated by both athletes and tennis fans.

In this post, I am going to introduce you to tennis players who have won all 4 Grand Slams. Make yourself comfortable – this article is going to be a bit longer than you may be thinking!

What Are The Four Tennis Grand Slams?

Before moving onto the names of those who have conquered all four Grand Slams, I should first define what a Grand Slam is. This is important because there are several types of Grand Slams.

Without specifying which Grand Slam we are covering, the question of who has won all 4 Grand Slams is ambiguous.

First up, we have the traditional Grand Slams.

The term Grand Slam refers to winning all four major tennis championships within a single calendar season. But sometimes, the phrase “Grand Slam” is used to refer to any of these major championships separately.

The four major tennis championships are: 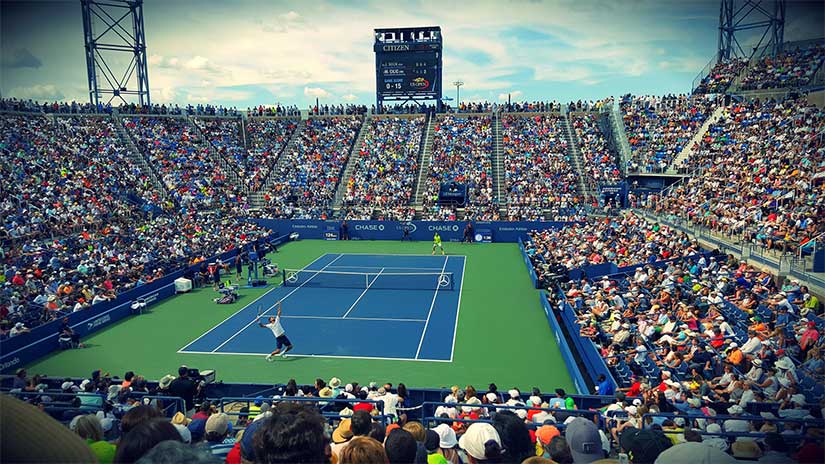 Like other Grand Slam variations, the Grand Slam requires that the player win the four championships in a single discipline – singles, doubles, mixed doubles, or wheelchair tennis.

The Golden Slam is when a tennis player wins all the major championships and an Olympic gold medal within a single tennis discipline.

To win a calendar Golden Slam, the player needs to win all the titles within the same calendar season. This means that one can earn the Golden Slam only in the year of the Summer Olympic Games.

There also is the non-calendar year Golden Slam (also sometimes called Career Golden Slam). To get this Golden Slam, a player needs to win Olympic gold plus all four major championships at any point in their career.

Next, we have the Super Slam, which requires a player to win:

Like previous Grand Slam types, the Super Slam may be done throughout one’s career or within a single calendar season.

All tennis players who have won a Grand Slam had first won a Three-Quarter Slam by winning three consecutive championships.

I won’t cover Three-Quarter Slam winners in this post, but you may have a look at their names on the US Open website.

Tennis Players That Have Won All 4 Grand Slams

We are finally ready to have a look at those outstanding tennis players who’ve managed to win all the four major tennis competitions. We’ll have a look at names in the categories listed earlier.

I’ve used the US Open’s “Grand Slam All-Time Champions” and Wikipedia’s Grand Slam article as sources for the names. Some of you may argue that Wikipedia isn’t always reliable, but it seemed to be a good source I had for this particular post.

So who has won all 4 Grand Slams in the same year?

Let’s start with singles. Only 5 people have won a calendar Grand Slam in singles. They are:

So as you can see, only 6 Grand Slams have been won by 5 players. Not only that, but the last Grand Slam in singles has been achieved more than three decades ago!

Before Don Budge’s success, the closest anyone had to come to the Grand Slam had been Jack Crawford of Australia 5 years earlier. Crawford had won the first three Grand Slams before meeting Fred Perry in the U.S. Championships.

Interestingly, the four championships had been christened the Grand Slam on the eve of this match.

However, fatigued after nearly 5 months on the road, Crawford lost to Perry, losing the chance of being crowned the first-ever tennis player to win all 4 Grand Slams. 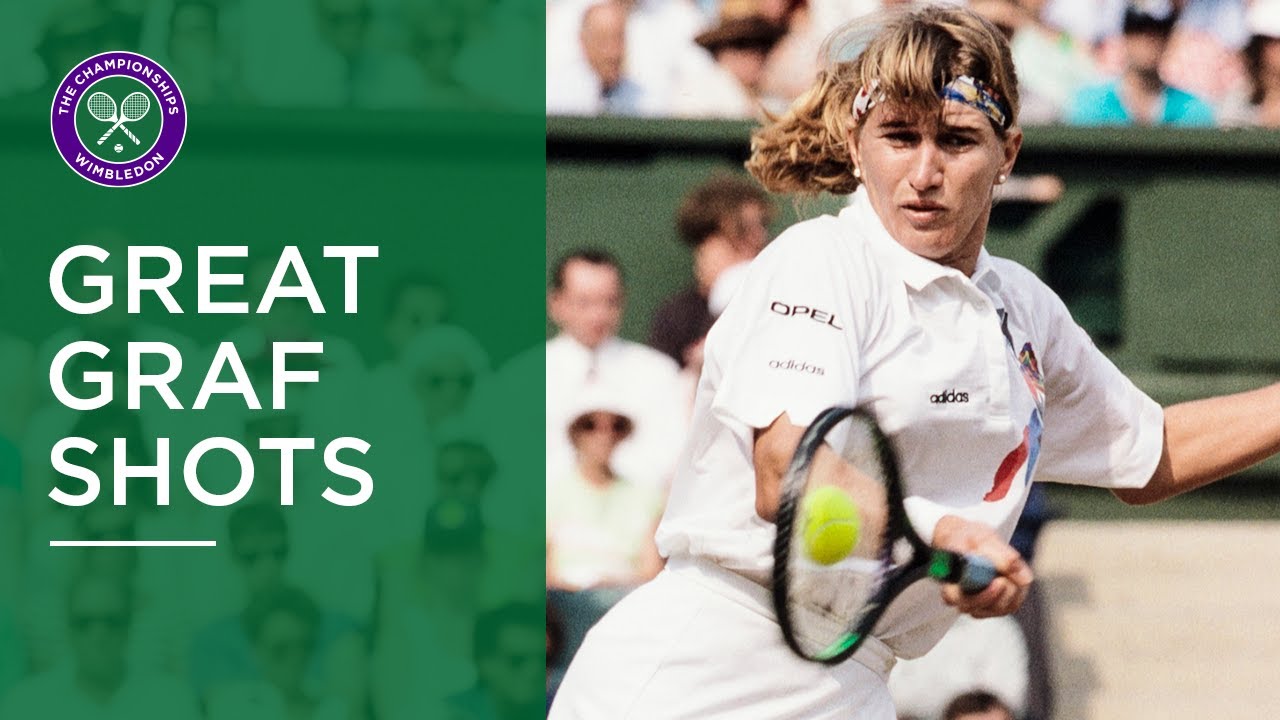 Grand Slam champions in doubles have been:

In mixed doubles, Grand Slam holders are as follows:

Margaret Smith makes an entry here again – if you didn’t forget, she also earned a Grand Slam in singles in 1970, becoming the second female player to make a Grand Slam after Maureen Connolly.

We haven’t seen any calendar Grand Slams among non-wheelchair players since the late 1990s. This is remarkable, considering that we now have better equipment and perhaps even better training routines.

Most recently, Serena Williams was very close to achieving the calendar Grand Slam. In 2015, after winning the Australian and French Opens along with Wimbledon, Williams’ performance at the US Open was highly anticipated because she could win the Grand Slam.

However, Williams lost to Italy’s Roberta Vinci in the semifinals, ending her streak on a Three-Quarter Slam.

The only calendar Grand Slam in men’s wheelchair doubles was achieved by Stéphane Houdet of France in 2014. He played with Belgium’s Joachim Gérard and Japan’s Shingo Kunieda.

Aside from that, there have been 5 Grand Slams in women’s wheelchair doubles: 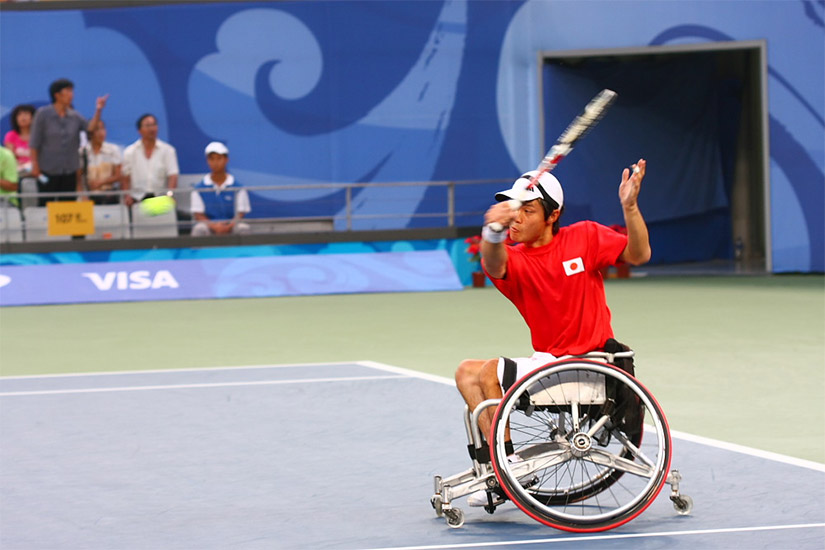 Finally, in quad wheelchair doubles, there has only been one Grand Slam so far – in 2019. It was achieved by Dylan Alcott as part of his 6 consecutive titles with Heath Davidson (Australia), David Wagner (US), and Andrew Lapthorne (the UK).

More precisely, here is how many tennis players have achieved the Career Grand Slam:

Career Grand Slams have also been won among boys and wheelchair players.

Remarkably, only one player has completed the Golden Slam within a single calendar season. It is Germany’s Steffi Graf.

As for the Career Golden Slam, it has been won 19 times (including Steffi Graf’s Golden Slam).

In singles, the Career Golden Slam has been won by:

In doubles, the Career Golden Slam has been won by:

Among men’s wheelchair doubles, Career Golden Slam winners have been:

Among women’s wheelchair doubles, Career Golden Slam winners have been:

Among quad wheelchair singles, the only winner of the Career Golden Slam is Dylan Alcott of Australia. He earned the title by winning the 2019 Wimbledon.

Finally, Dylon Alcott has also earned the Career Golden Slam for quad wheelchair doubles by winning the 2019 US Open.

Lastly, we have the Super Slam.

Graf earned the title by winning the Olympic Gold, Australian Open, French Open, Wimbledon, and US Open of 1988, plus the 1987 Virginia Slims Championships.

Although we are yet to see a calendar Super Slam, the Career Super Slam has been earned 16 times (including Steffi Graf).

In singles, the Career Super Slam has been earned by two people:

In doubles, the following tennis players have earned the Career Super Slam:

Among men’s wheelchair doubles, the Career Super Slam has been earned by:

Among women’s wheelchair doubles, the Career Super Slam has been won by:

And in quad wheelchair singles, the only athlete to win the Career Super Slam is Australia’s Dylan Alcott. He earned the title by winning the 2019 Wimbledon.

Hopefully, we’ll see these tennis benchmarks broken in the coming years. Although since 2015, no one has contested the Grand Slam, the popularity of tennis is far, far from being over, so we’ll surely see more stars enter the sport.

Kevin Fitzgerald
Kevin Fitzgerald is a tennis coach based in Fort Lauderdale, Florida. Kevin was introduced to tennis by his father at the age of 3. Tennis quickly became a passion, and he started coaching at the early age of 16. Kevin now writes for several tennis related blogs and magazines.
Facebook
Twitter
Instagram