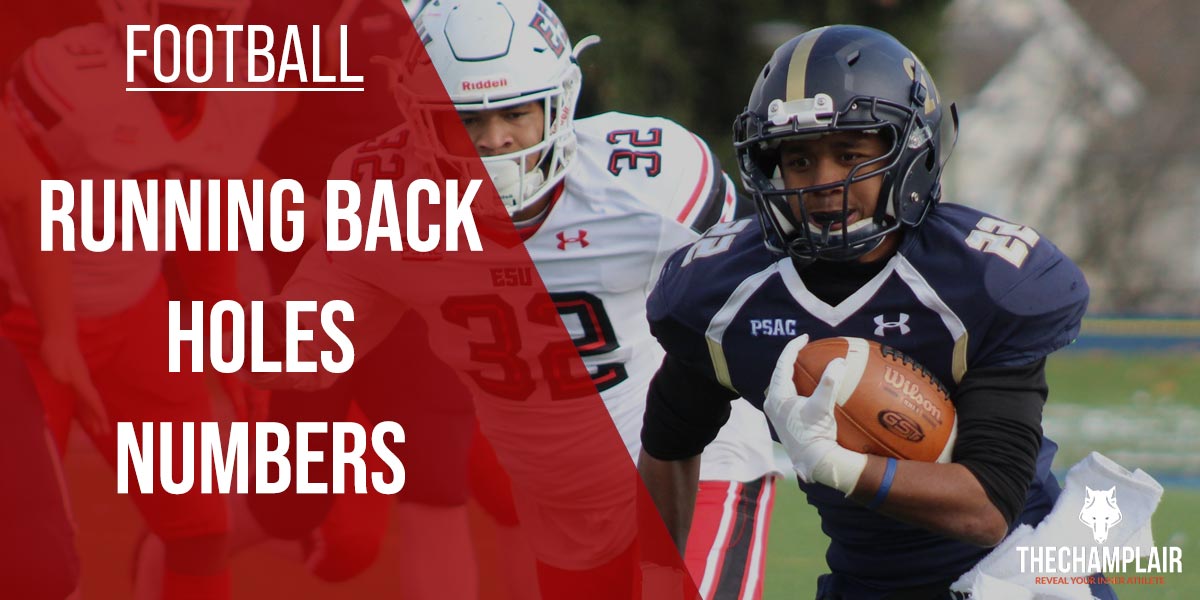 A typical NFL playbook contains dozens of football plays. Memorizing them all can be extremely difficult, and the same goes for figuring out which play is being called on the field.

Football holes allow the running back to know where he’s supposed to run. The hole system is quite simple, but in case you don’t quite understand how it works, read on to find out!

What Are Running Back Holes And How Do They Work?

In American football, a hole is the space between defensive linemen that the running back or another ball carrier aims to run through. Holes allow the ball carrier to make significant progress down the field.

When the running play is called, the number of the back that will receive the ball is identified first, followed by the number of the hole the play will be directed at and then the type of run. The number called is two-digit, with the first digit signifying the back and the second digit indicating the hole number.

Identifying the hole number in the play call allows offensive players to know:

So essentially, hole numbers serve as a point of reference for the offensive team’s play.

The Running Back Numbering System

If you are new to football, you should start learning the football numbering system with the T formation. The T formation is the precursor to most modern formations in football. The reason you should use it to perfect your knowledge of the numbers is its straightforwardness and simplicity.

If you look at a T formation diagram, you’ll notice that the numbers of holes and ball carries are positioned intuitively. In other, more complex formations, back positions may be somewhat shuffled around, making memorizing numbers more difficult. This is why the T formation is ideal for beginners.

Offensive linemen maintain spacing between them in the T formation as follows:

The running backs line up in one-arm length apart. The fullback is directly behind the quarterback.

With that out of the way, the football numbering system for holes works as follows:

Each ball carrier has a number as well:

As I mentioned earlier, the play is called with a two-digit number. For example, if “32 dive” is called, the back #3 – that is the fullback – will receive the ball, and the play dive will be aimed at hole #2 (between the center and the right guard).

With that, football’s numbering system aims to improve cooperation in the offensive team and tell the ball carrier where to go.

But the hole system is just the beginning – you also need to learn football plays. Hole numbers have no meaning without the knowledge of the called play, so make sure not to neglect plays as well.