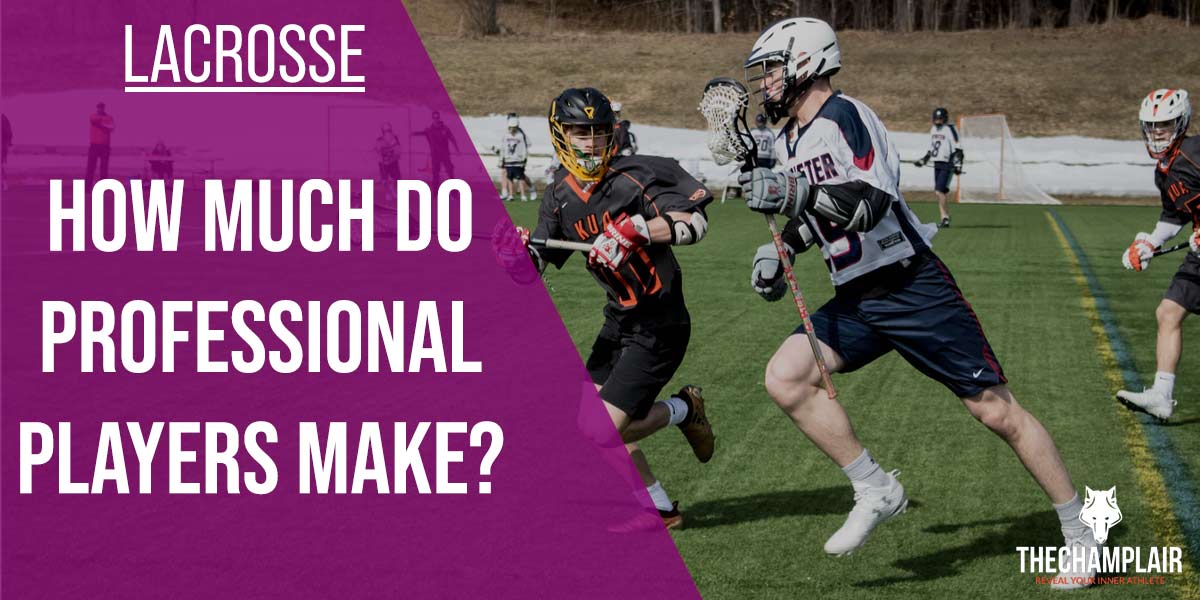 How Much Do Lacrosse Players Make?

One of America’s fastest-growing games, it’s high-time the wider public started giving lacrosse the respect it so richly deserves.

After all, the National Lacrosse League averages the third-highest for indoor sports played professionally across the United States, behind only the illustrious NBA and NFL.

Gone are the days where the mention of it conjures up images of American Pie’s Kevin desperately trying to enter adulthood. Indeed, this is a sport to be taken seriously.

However, like any sport, it needs big business behind it.

Without that, we’re not going to get anywhere.

Investment in every aspect of a game is needed to take it to an even higher podium. Grassroots and college levels are one thing, but you need to pay big money if you want big play leagues.

Make no mistake about it; playing lacrosse professionally is a grind.

Many athletes have to take second jobs to survive, which invariably affects the game, realizing its potential.

Would you expect Mike Trout to moonlight at a grocery store? Or Aaron Rodgers to have taken up the overnight shift in a Green Bay bar?

Rose-tinted ideas of getting into lacrosse for the love of it are all well and good. Of course, that’s the main reason anyone gets into anything but, the fact is, money affords the opportunity to grow.

Founded (as we know it) back in 1986, the NLL’s salary cap is naturally going to be one of the primary reasons why the average salary is much lower than the earning potential of other sports.

For context, LeBron James is thought to make more than that in two minutes. That shows you the kind of world we’re operating in. 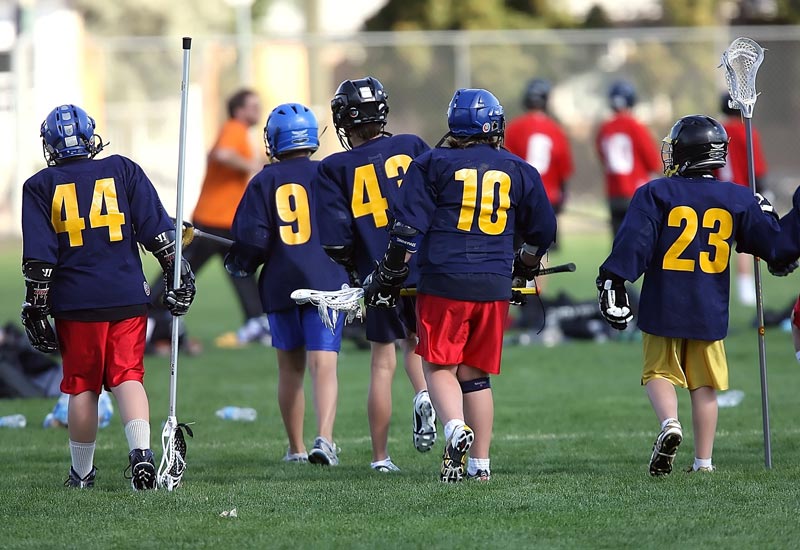 In fact, the median household income for 20 to 24 years old Americans as per CNBC in 2019 was $27,300, highlighting the struggles professional lacrosse players face.

The National Lacrosse League’s maximum salary was reported to be $34,000, with rookies said to be bringing home four-times less than that at just $9,000 annually.

Equally as alarmingly, female players don’t get paid at all!

The United Women’s Lacrosse League was founded relatively recently, but, even since 2015, there has been little development in offering salaries, though travel is seemingly expensed.

Clearly, things have got to get better. Grinding is one thing but trying to balance life alongside practice and games blocks significant development on an institutional basis.

Look at the success of the United States Women’s National Team in soccer. If you want results, then governing bodies have got to put their hands in their pockets.

On a more positive note, an official press release from the league in November 2018 suggested players could be in line for a 25% increase in both salary and benefits.

Phew, but it’s hard to believe that’ll be enough to get where we want to be.

Hopefully, if we can keep raising the NLL profile, it’ll become much more comfortable for our top athletes to develop the game and maximize its growing popularity across America.

In 1999, the Major Lacrosse League was founded, with the inaugural season coming in 2001.

Taking the game outdoors and to potentially bigger crowds, the story is sadly pretty similar when it comes to talking about player salaries.

We’d do another comparison to how much a top NBA star makes, but we’re guessing you get the point by now.

Again, like its indoor brother, many of the athletes have other jobs within the industry, generally working for lacrosse brands in various capacities.

Out of roughly 26 players on an MLL team, only around 19 can expect to be paid after actually competing in a game, so it’s by no means a guaranteed source of income.

Necessary, of course, but, come on, the league was never likely to make a massive impact in the general zeitgeist with that being the case.

There had been talk of the league’s front office committing to a 51% increase of salary ranges, but it is unclear how those plans would have worked before the recent merger with the PLL.

That brings us to the new kid on the block, the Premier Lacrosse League.

Founded by professional player Paul Rabil in 2018, the former Boston Cannons star was at the game’s pinnacle, winning the MVP award in just his second season.

However, he’d grown tired of the stagnant wage structure in the MLL and, acting as a voice for fellow players who may have shared similar feelings, set out about launching the PLL.

Rising from the ashes of the failed LXM Pro Tour experiment, the advent of it has changed the sport’s landscape.

As per Inside Lacrosse in October 2018, the average PLL salary has jumped up to $28,000 in a package that also includes full health coverage.

Clearly, that kind of money makes pursuing the game professionally a much more viable prospect and, while the MLL may have initially been reluctant to accept it, the league again raised the profile.

Let’s just take stock for a moment. The AVERAGE PLL salary is just under the MOST money you could ever hope to earn in the NLL aside from commercial endorsements.

This is a game-changer, even in its embryonic stages.

Recently merging with its more traditional rival, the PLL boasts around 200 of the world’s top players in a tour-based model, including a regular season and playoff schedule.

Crucially, it’s now broadcast on NBC, bringing lacrosse into the home of millions of Americans.

Good news all around.

As you’ll have gathered by now, this isn’t going to be your usual breakdown of multi-millionaire athletes.

Still, that doesn’t mean it’s not as fun!

There have been other exceptions, with those lucky enough to play in both the MLL and NLL managing to combine the two salaries, though Rabil’s commercial endorsements do set him apart from the majority.

Still, Tom Schreiber of the Archers LC (ranked the best player in the PLL by USLacrosse Magazine) is said to have a net worth of around $1m after hitting the big leagues following his success at college level during his days at Princeton University.

Good work if you can get it then!

Max Adler – who recently signed with the San Diego Seals – may not be playing in the affluent surroundings of the PLL but landed commercial deals with the sportswear brands such as Maverick and Cascade, so we can reasonably assume he’s amongst the highest-paid indoor players.

Erika Nardini may not be an active player at the moment, but the CEO of Barstool Sports is a hugely important figure in the lacrosse community. She’s frequently using her platform to draw attention to the sport she started playing while a sophomore.

Thought to be bringing home around $10m a year, Nardini continues to have a significant voice in the game.

The advent of the PLL is a major step in fixing some of the problems I set out earlier in the article.

Significantly raising the average salary and making the dream of chasing a full-time job in the sport a reality, Rabil might just prove to be one of the most important figures in this sport’s history.

However, as promising as that is, there’s still some work to be done.

The fact is, not everyone can make it to the PLL. Sure, they’re likely to hoover up the best talent around, but we know how sports work; there are sometimes great players who miss the cut for lots of different reasons.

If the NLL come good on their promise to offer a 25% increase, then the world of lacrosse would have taken another huge step forward.

Both the indoor and outdoor games have to progress and offer roads into full-time employment.

When they do, there’s no telling how far lacrosse can go.

These are exciting times for one of America’s fastest-growing games, and the future looks as bright as it ever has done in the sport’s modern history.

This is a start. A good start. Now the work truly must begin.