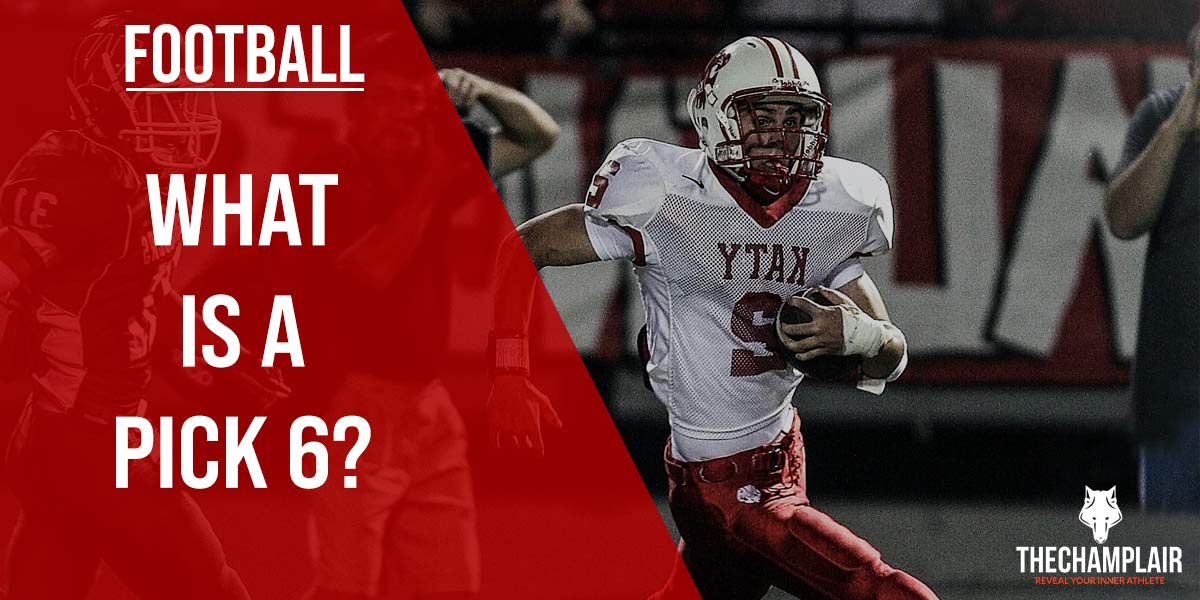 What Is A Pick 6 In Football?

One of the most glorious moments in any American Football or a Canadian Football game is a ‘Pick 6’.  It is definitely one of my favorites. It gets the crowd on their feet, and for a good reason too.

So, what is a Pick 6 in American Football?

A ‘Pick 6’ is when the defending team’s player intercepts the ball and performs a touchdown. It sounds simple enough to read, but a ‘Pick 6’ is one of the rarest moves you’ll see in a game.

Immediately upon intercepting a pass, everyone on defense becomes a blocker. It is their job to try to get as much yardage as possible for the player who caught the ball. And in some cases, the player who intercepted performs a touchdown. This is what we refer to as a ‘Pick Six’ in American Football.

Sounds like an exciting play, right? If you want to know more about how a ‘pick six’ differs from an interception, why they call it a pick six – stick with me! I will reveal it all.

Why Is It Called A Pick Six?

Now, I understand that someone who has not watched a lot of American Football or Canadian Football won’t be familiar with the lingo and terms associated with the game.

However, if you are a geek like me, you too believe that it is important to be aware of the terminology used in this game, especially a term like a ‘pick six.’

The term Pick-6 was derived from the words’ Pick off’. In American Football, when a player intercepts a pass, it is referred to as ‘picking off.’

The ‘six’ comes from the number of points that are awarded to the team that performs a touchdown. It is the same thing as an ‘interception returned for a touchdown’ which you might see in the official stats.

So you see, the term is actually derived from the actual play itself. It doesn’t mean anything else. It is a slang term that has been used in American Football and Canadian Football.

In my opinion, it is one of the most fun and exciting plays ever to be created. The fact that it is so rare makes it all the more special when you do get to see one. I know I get excited whenever I spot it in action in a game, and I hope you will too.

You can also relate to the fact that a defending player is ‘picking off’ a pass from a quarterback and picking up ‘six points’ in return. I think that analogy can make it easier for you to remember this term. 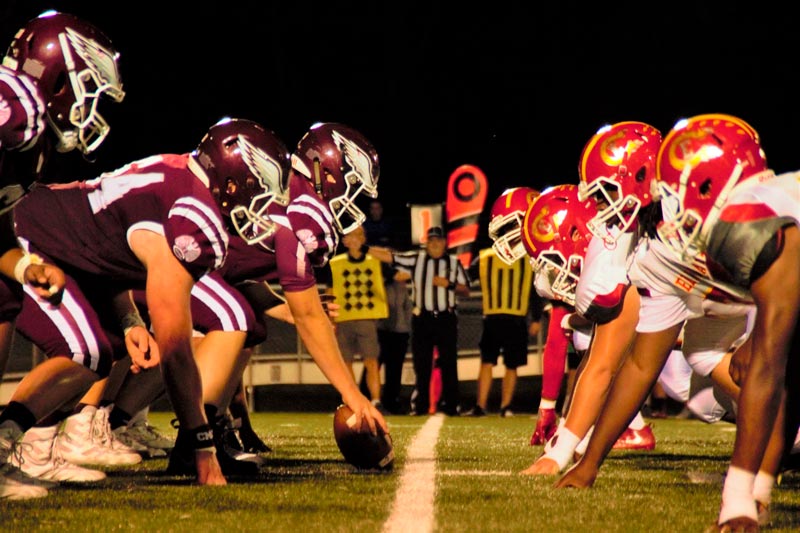 What Kind Of Effect Does A Pick Six Have On Your Game?

As you can probably imagine, a ‘pick six’ can be a massive momentum shift in any game. The team that has been scored against now has to fight back from the deficit. It is what I call an ‘instant’ offense for the defending team.

Let’s put ourselves in the shoes of the defending team. Wouldn’t you be pumped after scoring a touchdown like that? I know I would.

I always remember this moment from a college football game back in my days. Undoubtedly, I was and still am a big fan of the game! I was fortunate enough to be present on the field during this play, and it remains one of my favorite moments in my entire life.

Let’s talk about a more recent incident that has stayed with me. This is from Super Bowl LI, where Atlanta Falcons cornerback Robert Alford returned an interception 82 yards for a touchdown. 82 yards!?! This was a ‘pick six’ on the biggest stage ever.

The Falcons ended up on the receiving end of a historic loss. Tom Brady and the New England Patriots mounted an epic comeback to seal the win. But in any case, Robert’s ‘pick six’ play is something I will remember for life, and it is one of my favorite moments in sports.

I hope you get to see some incredible pick-6 plays soon! If you do, let me know! I want to hear how it went down.

How An Interception Differs From A Pick 6

If you’ve ever been to a sports bar where football is on TV, you’ve probably seen a pick-6 play in action. It is a play that is unique, but it is a play that can be confusing, even to the most avid fans.

As I have already told you, a pick-6 is when the defensive players intercept the ball and promptly go for a touchdown. It’s a play that can end up as a game-changer, especially when it’s a game in the last seconds of a tie score.

So how is it different from a normal interception? Let me make it simple for you to get to the bottom of.

When a defensive player intercepts a pass, that is called an interception. He will normally run with it and try to score a touchdown or throw it downfield. In basic terms, an interception is when a player catches an opponent’s pass and gains possession of the ball.

A ‘Pick-Six,’ on the other hand, is when the player catches the ball and then goes for a touchdown. The team that has intercepted and performed the touchdown gets six points.

Try to watch out for moves like these in your next NFL game or college football game. Pay extra attention when a player from the defensive team intercepts a quarterback’s pass from the offensive team.

I am sure you’ll spot some unforgettable ‘pick six’ moments before they even begin. 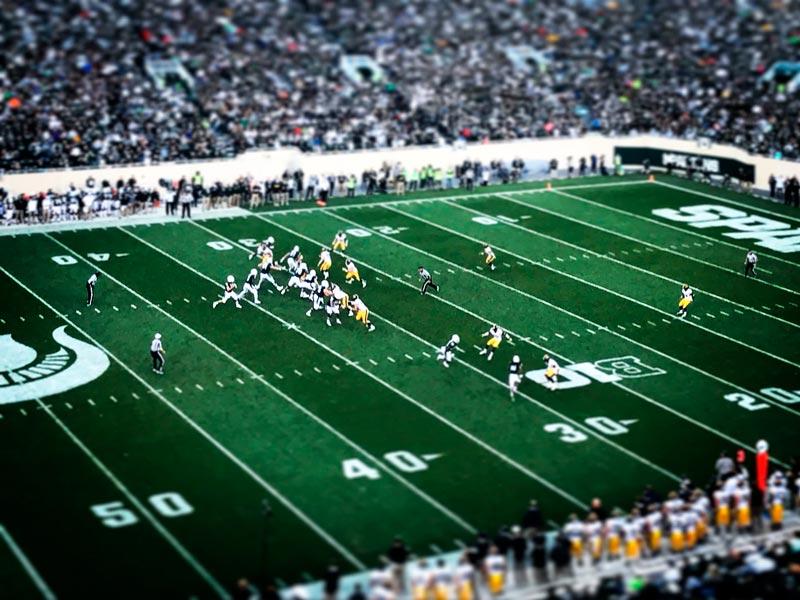 The Players You'll See Getting a Pick 6

If you’re wondering, ‘Who gets awarded a pick six?’ then keep reading.

From the above sections of this article, you must already know how a pick six gets executed on the field of play. If not, let me make it evidently clear.

I hope that clears any doubts you have about the way it goes in this game.

You will most probably not see a lot of defenses getting pick sixes during a game. The reason is clear – it is not an easy feat to accomplish. If you look at the stats for the last five seasons, only once has a player managed to get three interception return touchdowns in the entire season. The players that manage more than 1 INTD are a minority. Often you’ll see this number is below 7-8.

Rod Woodson, the defensive back, holds the career record for most INTD with 12 touchdowns. One of the best football players from the NFL, he is a ‘hall of fame’ member who spent most of his career with the Pittsburgh Steelers. He also won the Super Bowl XXXV with the Baltimore Ravens.

Who holds the record for most interceptions returned touchdown in NFL history?

Rod Woodson has the most interceptions returned for a touchdown with 12 throughout his career. The next best is Darren Sharper and Charles Woodson with 11 each. Charles Woodson is another hall of fame member.

Do interceptions for touchdown mean the same as defensive touchdown?

Yes, defensive touchdowns are the same thing as interceptions for touchdown or a pick six. They are just different terms for the same action.

Who has thrown the least amount of Pick Sixes in their career?

In his career, Aaron Rodgers has thrown just two pick-sixes out of 5,492 passes. That is a spectacular stat with a 0.036 ratio. Everyone else on the Top 20 Most Passes list has at least 10 pick sixes.

Another incredible stat comes from Tom Brady. The man has registered only 13 pick sixes out of 9,375 pass attempts. Yeah, wrap your head around that! He is top 4 on the list of most pass attempts in NFL history.

Who has thrown the most amount of pick sixes in the NFL?

Brett Favre has thrown the most amount pick sixes in NFL history with 35. He has 10960 total career passes to his name. 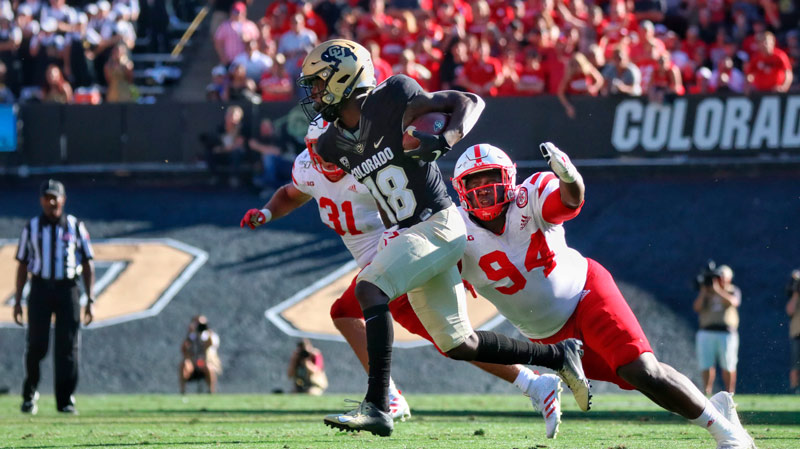 The Pick Six is one of the most exciting plays in any football game, especially at larger stages. I hope all your queries and doubts regarding Pick Six, Interception return touchdown, and defensive touchdown are solved now. I am sure now you see how impactful yet straightforward this run of play is in an actual football game.