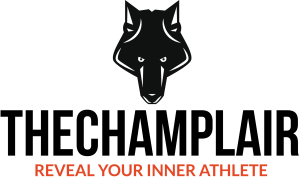 Choosing a racquet these days can be quite challenging. More so, finding the perfect one that fits your style of play while offering the maximum power and drive is like looking for a needle in a haystack. The haystack, in this case, is a box of racquets that promise to give the best, and the needle is the perfect racquet that delivers on the promise.

A lot of racquets are released with promises to improve and cater to the player’s need, most of which perform generic and unimpressive. That’s why when I heard about the Wilson Clash 100 racquet, I knew I had to test it out and see for myself what the fuss was about. So on a sunny Saturday when everything aligned perfectly, the sun, wind, and my new sportswear, three of my playtester friends and I decided to test out Wilson clash 100 racquets. This review is a report of our findings. But first, a quick back story; 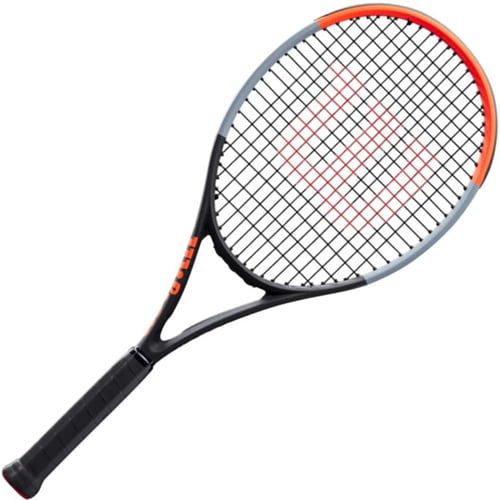 There have been murmurs about a tennis racquet that offers a playing experience unlike anything on the market today. Its name? Wilson Clash 100. The Wilson clash series is a line of tennis racquets that employ cutting edge technology that has left players, stakeholders, and spectators in awe.

The latest addition, Wilson’s Clash 100, is reported to be the first racquet intentionally built to accomodate any playing style. Using the ground-breaking FreeFlex technology, this Wilson Clash 100 delivers supreme ball pocketing and control.

Jayden, Frank, and I are all constant players while Mary just came back from her tennis hiatus. We each come from different backgrounds, learned and fell in love with the game under different circumstances, so there was no way we would have had the same standards for deciding what a perfect racquet was. For me, this was perfect.

To determine if the Wilson Clash 100 transcended style of play and see if it’s truly independent of a player’s behavior, we needed to test using a group that had a lot of differences. With different styles, we set out to play and had quite an excellent time, to be honest. While we didn’t agree on everything, we all noted that the handling, stability, and power of this racquet were all impressive for its weight.

Playtesters, Mary, Jayden, Frank, and I, each have a different playing style and varying skill levels, all got to work early on Saturday to get the most out of the acclaimed best of the best racquet, Wilson clash 100. The results of our findings, after a series of arguments, were quite impressive and satisfactory. All in all, Wilson clash 100 confirmed the reputation of the Wilson series and cemented its place as one of the top tennis racquet lines right now.

Wilson clash 100 stretches at a length of 27inches (68 cm) with a head size of 100 sq. Inches. It weighs a total of 295g unstrung, which contributes to its power and control. Mary noted that even for a player that had been on hiatus for quite something, it felt familiar, and she quickly found her balance after hitting a few loose shots. The strung weight of 11 ounces blends with its swing weight of 312 and is perfect for the intermediate player that wants ultra-easy acceleration.

The string uses a dense 16 x 19 pattern that provides a large sweet spot and transfer of energy. The ball sits perfectly on the racquet strings and provides immense shot power and accuracy.

The racquet also boasts of one of the lowest and arm friendly flex points.

This, coupled with other features, ultimately contribute to the Wilson Clash 100’s impressive pocketing, control, and touch that puts it a place above other racquets.

Jayden and Frank are both very sentimental about racquets, and unless the Wilson Clash 100 manages to pass this stage, they were bent on giving it a fail. Luckily, Wilson clash 100 was a step ahead. It was built with graphite, highly effective material and fabricated using two of the most innovative technologies in tennis racquet design- FreeFlex and StableSmart.

Wilson clash 100 is also extensively coated with carbon mapping making it easier for you to maintain all the power you need to hit those low hanging shots.

The carbon frame is responsible for a lot of the accuracy and consistency in goal aiming because it accounts for the new specifications and dimensions.

Carbon mapping is a state of the art strategy used in tennis design to provide optimal flexibility and stability through the swing. Wilson takes full advantage of this strategy and uses it to propagate alternate angles on the carbon frame of the clash 100.

The effect of this is improved flexibility, strength, durability, and a fantastic feel that doesn’t compromise on any stable and crisp features of other modern racquets.

A wise choice indeed and needless to say, impressive, even by Jayden and frank standards.

Almost immediately after we started our practice, we all noticed the unique feel that the Wilson Clash 100 offered from the baseline. Clash 100 surpasses all expectations and massively delivered here. From Frank’s easy maneuverability remarks to Jayden and Mary’s powerful shots comments, it’s clear that the Clash 100 didn’t come to play.

With Mary, coming out of a long term hiatus caused by an injury, Clash 100 was an instant hit. She mentioned that clash 100 was particularly comfortable for players with injury concerns as the racquet allows them the ability to swing near their full capacity with minimal to no pain while still delivering excellent power and spin. If you’re the type of player that likes to play without having to put too much strain on your body or you want consistent power and spin boost without having to work too hard, Wilson Clash 100 is the perfect racquet for you. One of the most important observations I made was that even though the clash 100 was at least 0.4 inches lighter than its closest competitor, it was still clocking powerful shots that I couldn’t have imagined.

Flexible and easy to control, I was particularly impressed with how I could knife the ball and hit aggressive groundstrokes that cover significant distance and land well past the baseline.

The serving was particularly a difficult subject for us to agree on. What makes a great service racquet. On one hand, heavy racquets deliver on power but fall short on speed; on the other hand, lighter racquets provide speed but lack stability and energy. With the Clash, you enjoy the best of both worlds.

Wilson Clash 100 makes it incredibly easy to produce a truckload of shots accompanied by swing speed and power. There is good overall power with the Clash 100’s serve. It can create a lot of racquet head speed and hit some powerful serves that tears through the court quickly, giving the opponent less time to react and respond to your serves. Alternatively, because of its stability, it’s excellent for return balls. The control, spin, and power of the clash 100 makes it the perfect weapon for absorbing pace and turning defense into offense.

The Wilson Clash series delivers yet again with its latest installment, the Wilson clash 100- a uniquely flexible racquet with explosive speed, natural spin, and great feel. Wilson clash 100, crafted with some of the best cutting-edge technology in the industry, delivers a seductive mix of comfort, power, and speed.

Without breaking the bank or compromising one feature for the other, players can now perfect every aspect of their game with this powerful and ultra-flexible racquet. If quality, power, balance, control, and affordability are what you seek in racquets, then you go for this racquet. While other racquets may fault on a feature to improve another functionality, the Wilson Clash 100 combines all the great qualities into one fantastic racquet.

When racquets do not meet all expectations, players may be forced to settle for a feature and compromise on the others; it’s certainly not an ideal situation and one which the Wilson clash series takes care of with the clash 100. What features do you think are essential in a tennis racquet, what features do you think can be compromised to focus on others, what features can you live without. Feel free to leave your opinion in the comment section. 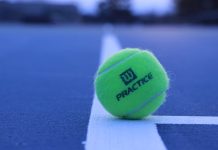 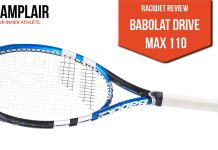 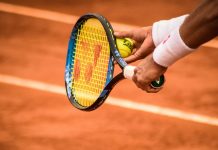 Looking For The Best Tennis Sunglasses? Look No Further!

ABOUT US
TheChampLair.com is a participant in the Amazon Services LLC Associates Program, an affiliate advertising program designed to provide a means for sites to earn advertising fees by advertising and linking to amazon.com.
Contact us: [email protected]
FOLLOW US
© Copyright 2019 - TheChampLair.com
This website uses cookies to improve your experience. We'll assume you're ok with this, but you can opt-out if you wish. Cookie settingsACCEPT REJECT
Privacy & Cookies Policy

Any cookies that may not be particularly necessary for the website to function and is used specifically to collect user personal data via analytics, ads, other embedded contents are termed as non-necessary cookies. It is mandatory to procure user consent prior to running these cookies on your website.